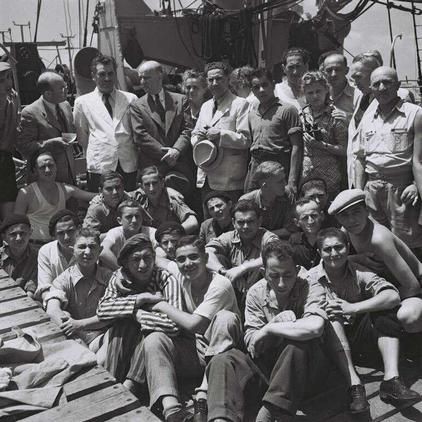 The Jewish Community Relations Council of the Jewish Federation of Greater Portland advocates on issues of importance to the Jewish community in the areas of social justice, civil rights, the environment, Israel and more. The Jewish Council for Public Affairs, the coordinating body of the Jewish community relations field, has released the following statement in opposition to President Trump’s executive orders that would restrict entry for refugees from predominantly Muslim countries, halt federal funding for “sanctuary cities,” and expand detention for immigrants and asylum-seekers:

“We are deeply concerned about President Trump’s actions on immigration and refugees. These pronouncements not only severely restrict immigration, they instill fear among existing immigrant populations that they are not welcome and may be at risk,” said David Bernstein, President and CEO of the Jewish Council for Public Affairs. “The ‘sanctuary cities’ provision, especially, threatens to seriously compromise the police’s ability to keep communities safe by undermining trust and communication between police and immigrant populations.”

The Jewish people know firsthand the consequences of turning away those fleeing persecution. Based on our own immigrant experience and Judaism’s imperative to “welcome the stranger,” the Jewish Community Relations Council of the Jewish Federation has advocated for decades on behalf of immigrants, refugees, and asylum-seekers who hope to build a better life for themselves and their children. Resettled refugees have consistently boosted the economy, and enriched our culture and pluralistic ethos.

You can read the full release here