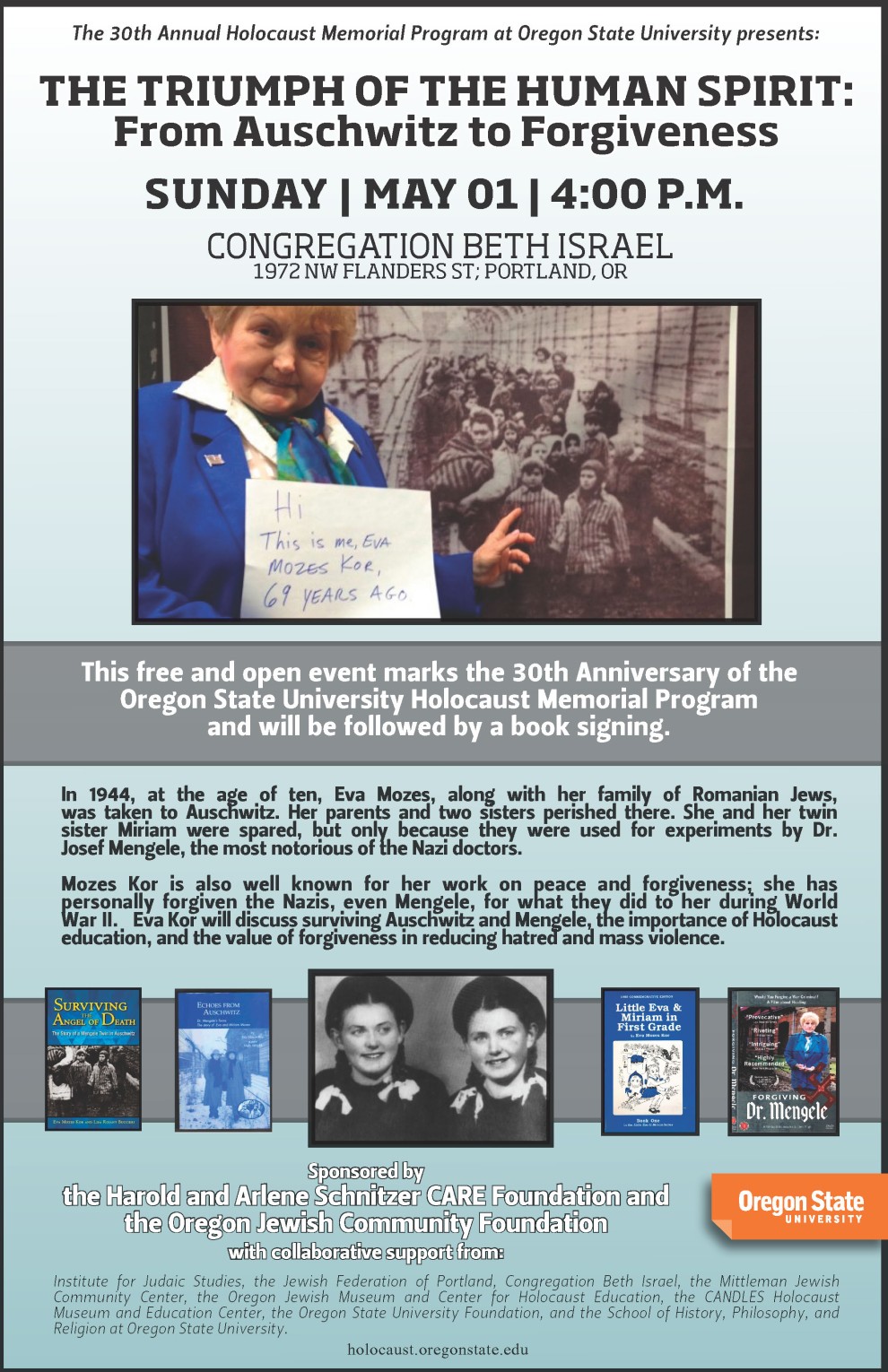 In 1944, at the age of ten, Eva Mozes, along with her family of Rumanian Jews, was taken to Auschwitz. Her parents and two sisters perished there. She and her twin sister Miriam were spared, but only because they were used for experiments by Dr. Josef Mengele, the most notorious of the Nazi doctors.

After spending the 1950's in Israel, Eva immigrated to the U.S. In 1984, she organized a foundation called CANDLES, which tracked the survivors of Mengele’s experiments and in 1995 she established a Holocaust museum in Terre Haute, Indiana to provide and promote Holocaust education.

Mozes Kor is also well known for her work on peace and forgiveness; she has personally forgiven the Nazis, even Mengele, for what they did to her during World War II. She has co-authored three books (one of them primarily for children) about her experiences during the war.

In her talk in Portland, she will discuss surviving Auschwitz and Dr. Mengele, the importance of Holocaust education, and the value of forgiveness in reducing hatred and mass violence.

This free and open program marks the 30th Anniversary HMW Program at OSU.