Founded in 1990, by Rabbis Laurie Rutenberg and Gary Schoenberg, Gesher: A Bridge Home represents a different cultural approach to the problem facing Jews, who have few friendships with other Jews and few positive, nourishing and joyful Jewish memories. In a world of elitism that fears the stranger, Gesher has welcomed over 8,000 different strangers become friends and even family to the Gesher home and family dinner table. Gesher's approach has been recognized nationally as a leading approach to facing assimilation and the contemporary dislocation from having models of home that really work. It is viewed as a model for the future in every community facing the challenges of this generation.

In 2001, Rabbis Laurie Rutenberg and Gary Schoenberg were named by the Forward Newspaper as two of the "Foreward Fifty" leaders in Jewish America, who face the twentieth first century.

A Preface from River of Souls by Charles Schiffman, former Executive Director of the Jewish Federation of Portland. 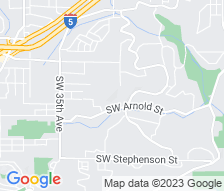