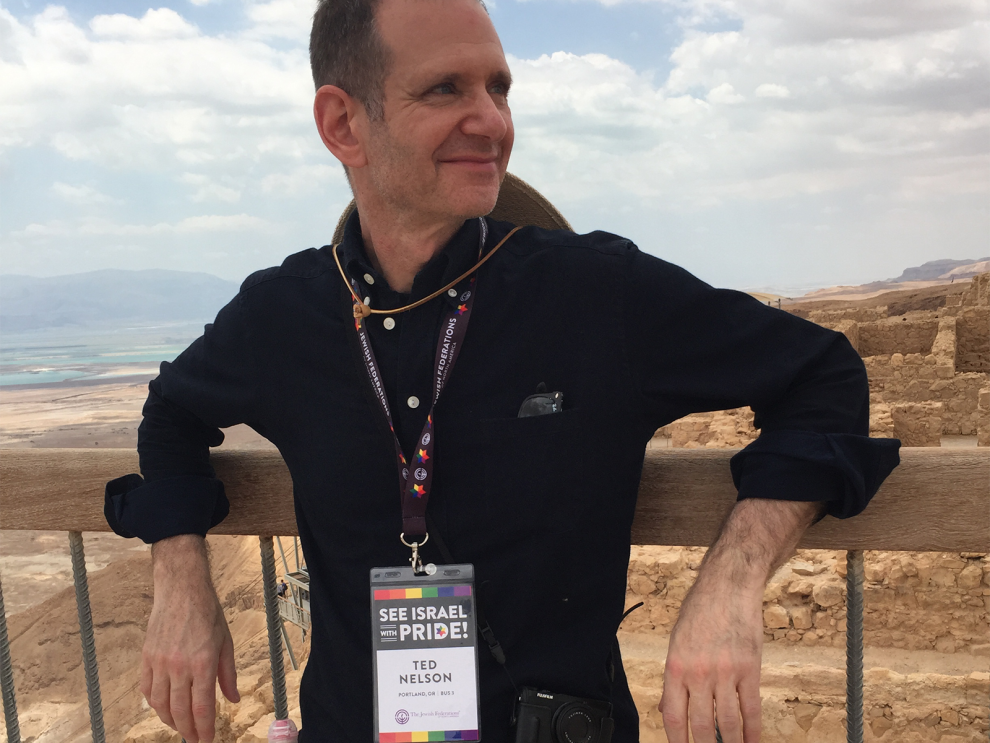 At 08.00, in the quiet city on Saturday morning, our two buses departed for Masada and the Dead Sea from the David Citadel Hotel in Jerusalem.  At 08.30, we hit Sea Level and continued our trip that would take us to the earth’s lowest point at 1400 feet below sea level. Our Mission tour guide on our bus was Nadab. Throughout the trip, he gave us commentary, pointing out Jewish settlements, herding Bedouins, and the major natural sites. He colored the trip with stories of discovering the Dead Sea Scrolls, descriptions of biblical events of Sodom and Gomorrah, and the saga of Herod, the builder of the fortress at Masada.

We reached Masada National Park at 09.20 and rode the tram to the top of the plateau. We spent approximately two hours with Nadab giving descriptions of the partially reconstructed site and retelling the tragic story of the siege of Masada. I have long been fascinated by the sad story of Masada. Nadab took time to draw out the themes of the siege and relate them of the struggles of the Jewish people for the next 2000 years. I was struck with the strangeness of the reality that an opulent palace once stood in this barren landscape. Our group – out with our rainbow-themed nametags – was joined on the plateau by several tour groups including a group of MBA students from Brandeis University and a group from Nigeria.

After we descended back to the visitors’ center, we took the brief drive to the Crown Plaza Dead Sea. After lunch at the hotel, we changed into swimsuits and headed down to the beach. I spent around an hour bobbing in the intense opaque turquoise water. Our group seemed to relish the novelty of feeling like corks floating in the thick water.

It was a long and active day under the intense sun of the desert. The bus ride back to Jerusalem was silent, with most of my fellow travelers sleeping. From the bus, I texted photos to friends who responded as they awoke on Saturday morning in Portland. We arrived back at the hotel at 5:30 pm. The city was still quiet with closed shops and a few people taking leisurely evening walks.

At the sunset, the Mission met on the deck of the pool at the David Citadel and held a short Havdalah Service under the Jerusalem sky.