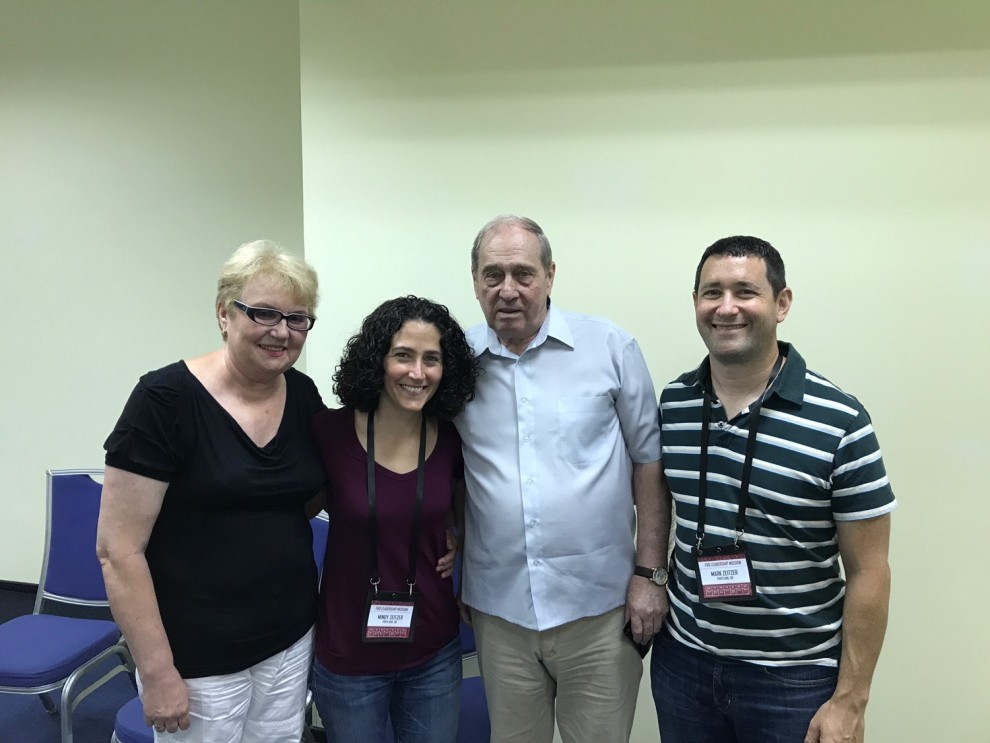 Our Campaign Director Michael Jeser and Campaign Co-Chairs Mindy and Mark Zeitzer are on a mission to Ukraine & Israel with other Federation Campaign Leadership. Follow along with their journey beginning in the capital city of Kiev and ending in Israel...

When friends and co-workers would ask, ”What are you guys doing for summer vacation this year?”,  we would cheerfully explain that we were venturing to Ukraine and Israel...

Well, Mindy and I are the Campaign Co-Chairs for Jewish Federation of Greater Portland where we worked hard to raise over $4.4 million in 2017. We’re going overseas to see where our donor dollars go and how they impact our extended Jewish family worldwide.

Not long ago, Ukraine may have seemed like a somewhat random place to visit, but after our time there, I now know that it has the world’s fifth largest Jewish population. They deal with some of the same issues we deal with a home, but the magnitude is much different. For example, for the first time since World War II there are internally displaced persons (IDPs).

In Ukraine, there are IDPs due to the conflict with Russia over their annexation of Crimea in Eastern Ukraine. The only organization responding to the needs of these IDPs is the Joint Distribution Committee, which gets much of its funding from Jewish Federations. Portland proudly gave $250,000 to overseas causes last year.  It was a transformative experience to bring food from the JDC HESED Program to an elderly bubby (grandmother) in Ukraine. 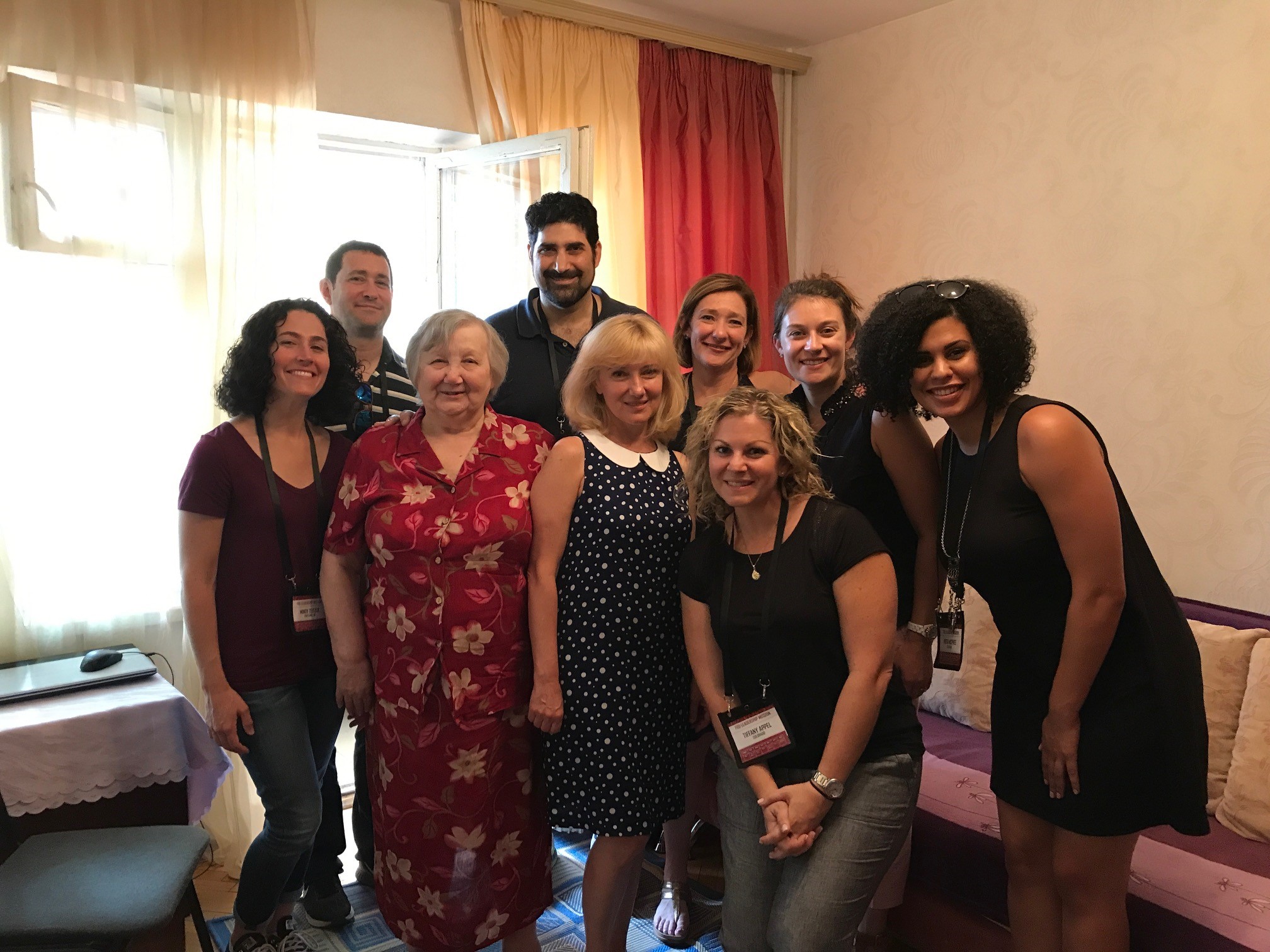 She remembers escaping the Nazis as a small child. You would think that would be enough suffering for a lifetime. Sadly in 2014 she had to escape Eastern Ukraine and the aggression of the Russians, taking one of the last trains to leave Lugangsk with everything she valued packed in a single bag. She now suffers from diabetes and is homebound.  My grandmother Esther Goodhart Zeitzer came from Byshev, Ukraine, near Kiev. My grandfather Meyer Zeitzer was from Ostrog (also known as Ostrow) which is about four hours from Kiev.  It was very apparent to me that this frail woman could have been a relative of mine.

In Portland, we are addressing issues of Jewish Identity. In Ukraine, generations of Jews have been raised not knowing they were Jewish. If it were not for a stamp on their passport, they wouldn't be Jewish. This stamp limited their opportunities and mobility in the Former Soviet Union, and they were not allowed to celebrate their rich Jewish tradition. 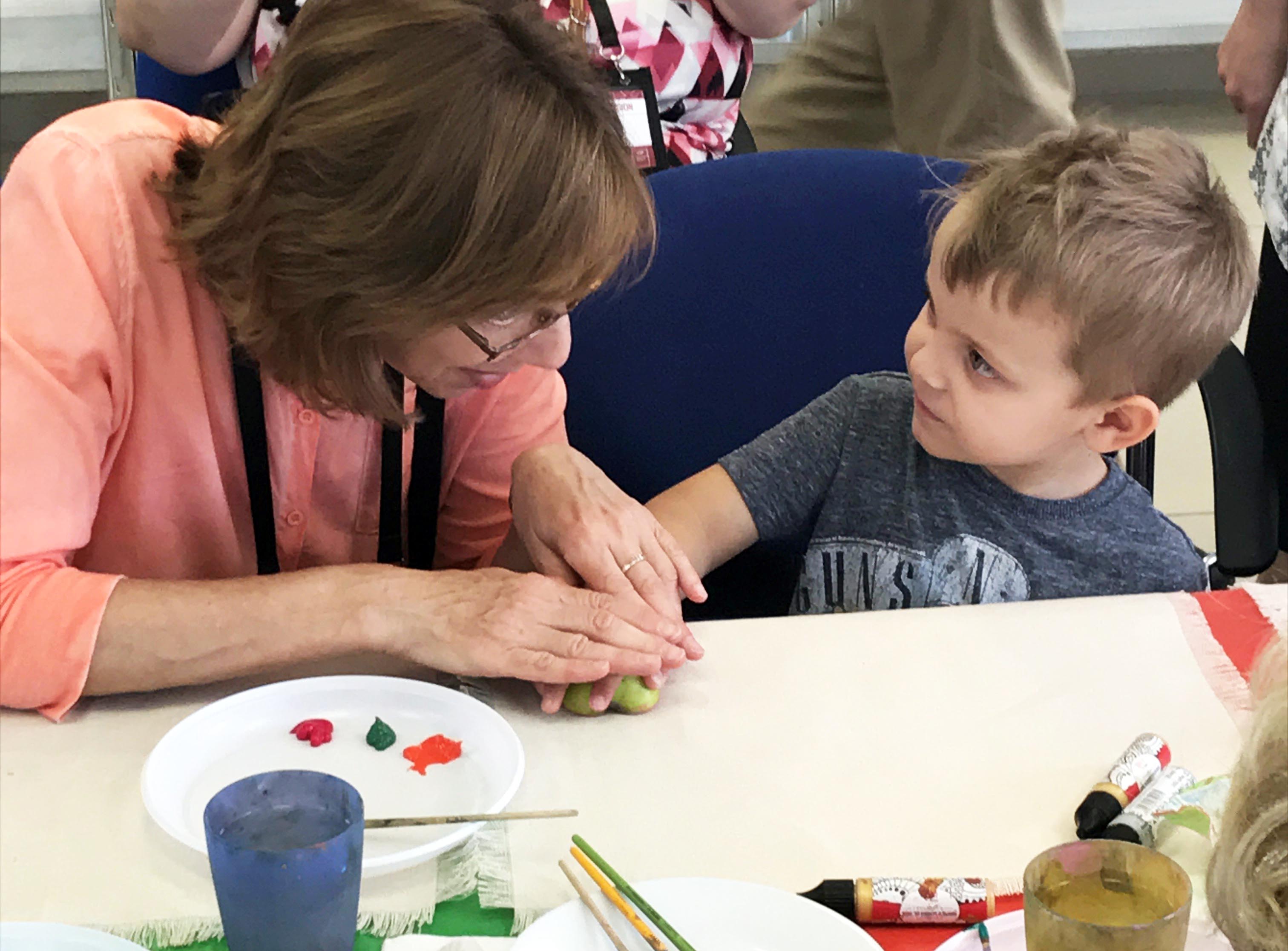 Now thousands are learning about their Jewish heritage. They celebrate their new identity in the Jewish Community Center in Kiev. Talking and dancing with these kids at the J brought me back to my days as a teen involved in United Synagogue Youth. We then got to see the Jewish Summer Camp where they learn of their proud Jewish Ukrainian history including the Ba'al Shem Tov and Shalom Aleichem, the author of stories about Tevye the Dairyman for which the musical Fiddler on the Roof is based on. Seeing the ruach (spirit) at summer camp and the deep Jewish content brought me back to my formative days at Camp Ramah in California. 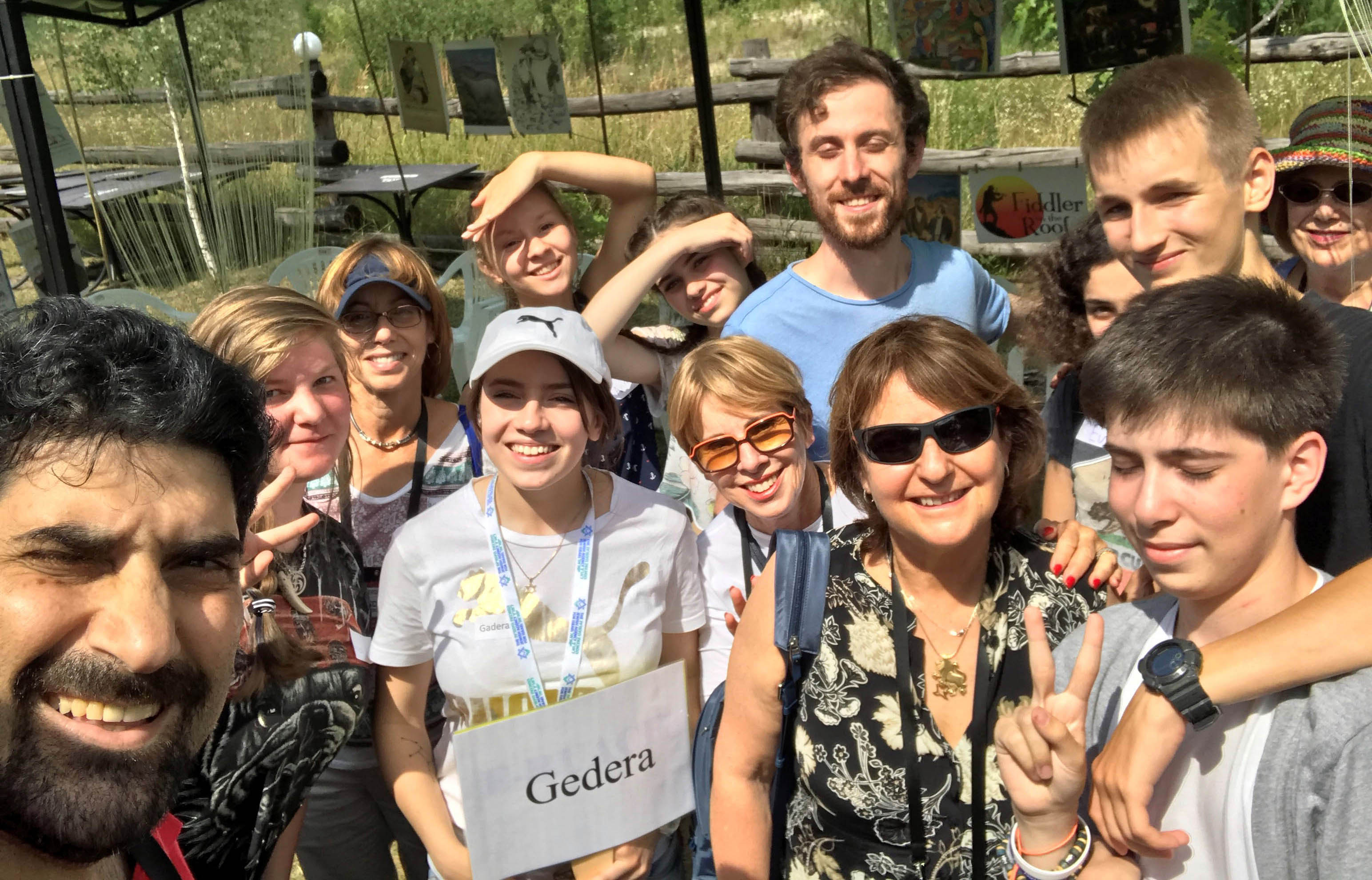 Next we met Ukrainian youth preparing to make Aliyah to Israel. Looking for a better life in the land of Milk and Honey - Medinat Yisrael. Jewish Federation is with them every step of the way, treating them like family.

Just a short four hour flight south brought us to Israel where we found a country dealing with many of the issues we are grappling with at home. We sat across the table from Inbar, a lovely Ethiopian teenager whose family had come to Israel as part of Operation Solomon. These families didn't understand how indoor plumbing worked when they first arrived in Israel in 1991. Inbar had just successfully graduated from high school and is preparing for military service like her brother and sister before her. 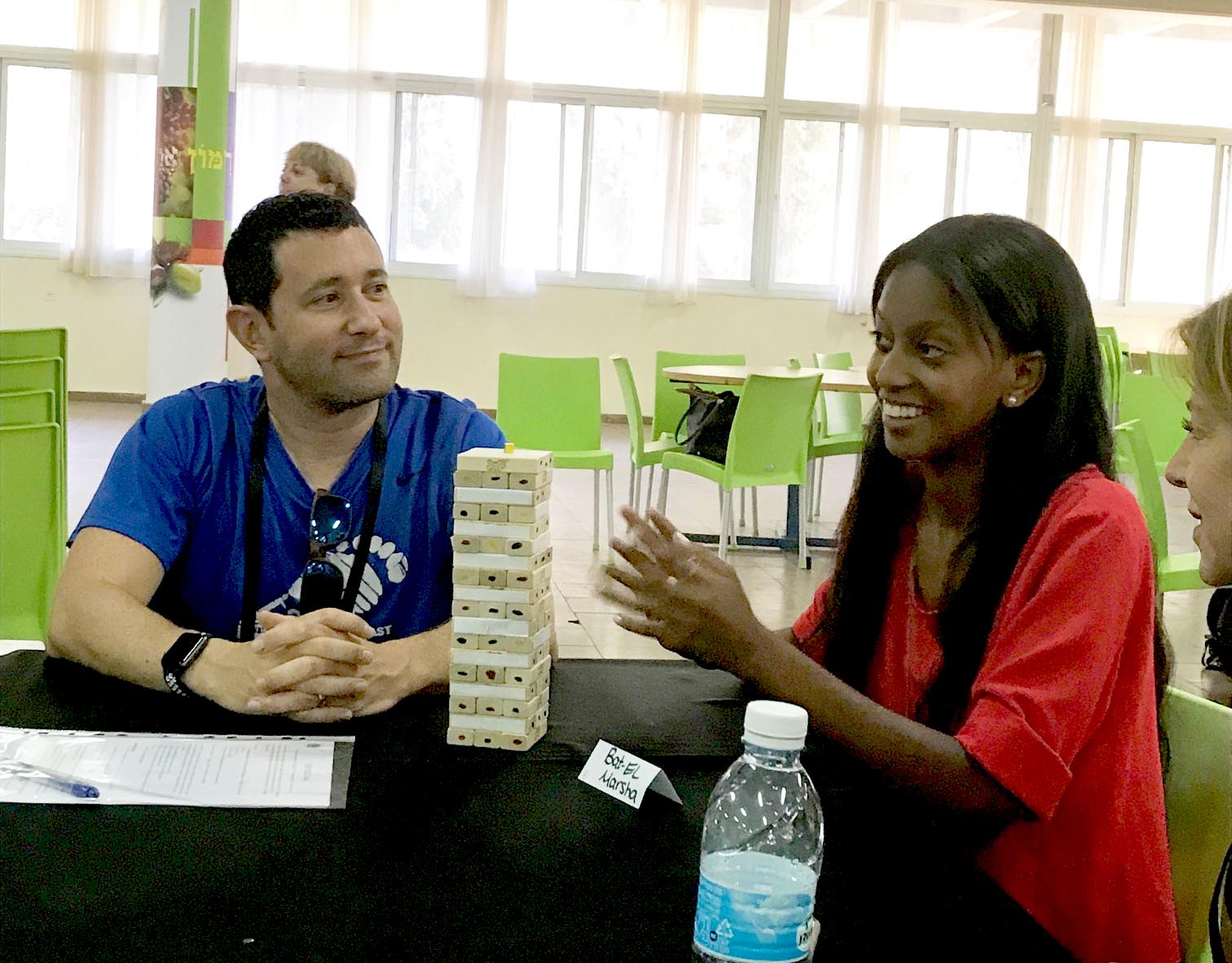 She is a product of the Ethiopian National Project's (ENP) School Performance and Community Empowerment (SPACE) program. This powerful program represents lessons learned on how to integrate new immigrants into Israeli society. The results of the SPACE program are evident and something we in Portland could learn from as we integrate new immigrants and refugees into our Weird society. It occurred to me that although we look so different, we are also family.

We met with Ukrainian men who had just made Aliyah to Israel already working with their commercial driver’s licenses, contributing to and becoming part of their new community. We were here while the Maccabiah games were taking place. It was so fun to walk the streets of Jerusalem eating shawarma and falafel (with lots of skhug for me please), laughing with Mindy and Michael and hearing languages from around the world in the background--French, Spanish, Portuguese, Russian and Hebrew--and realizing all these people are our family.

So it turns out I did go visit family and got to see how the Jewish Federation of Greater Portland is taking care of our brothers and sisters around the world and at home in Portland. 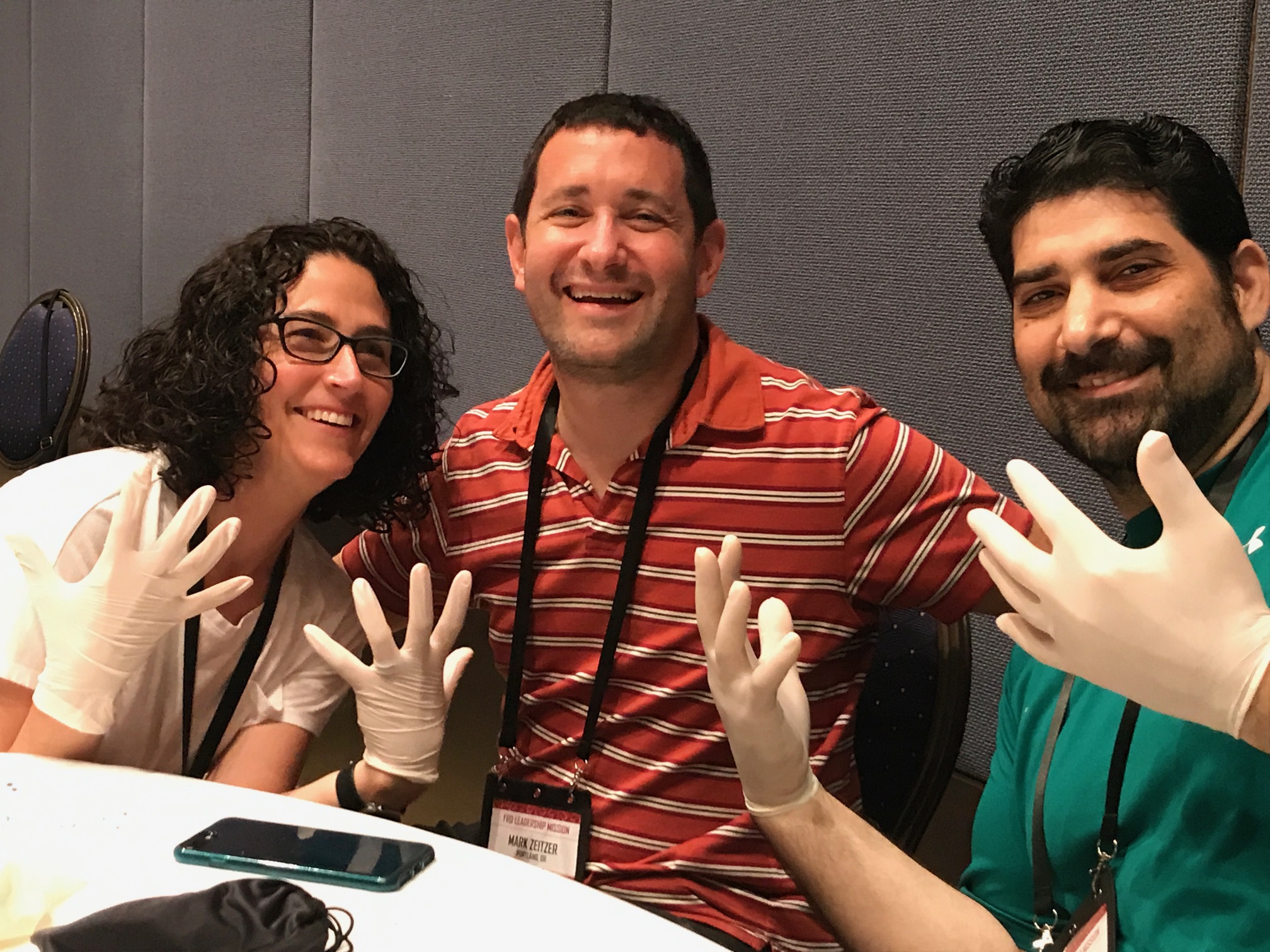 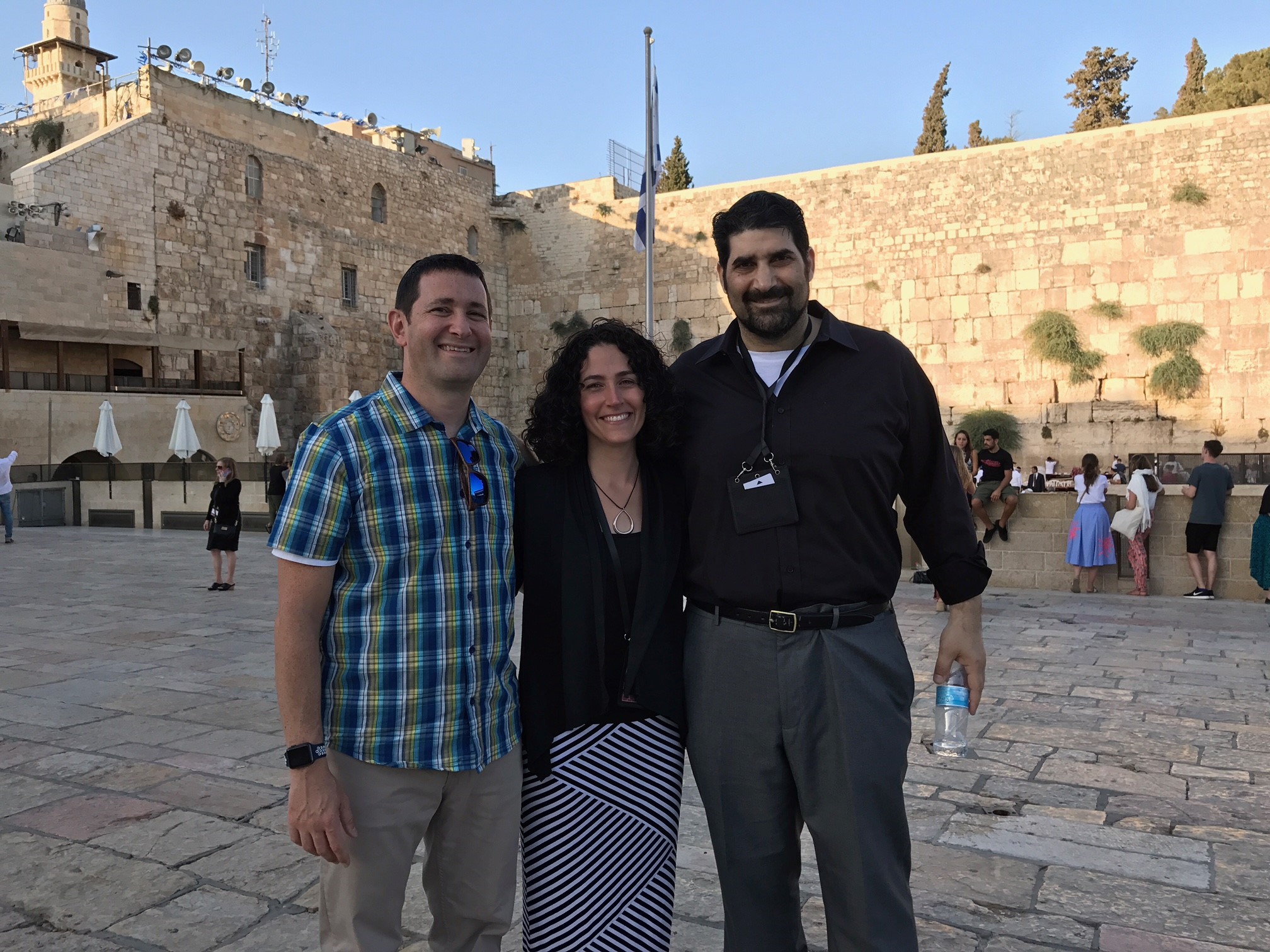