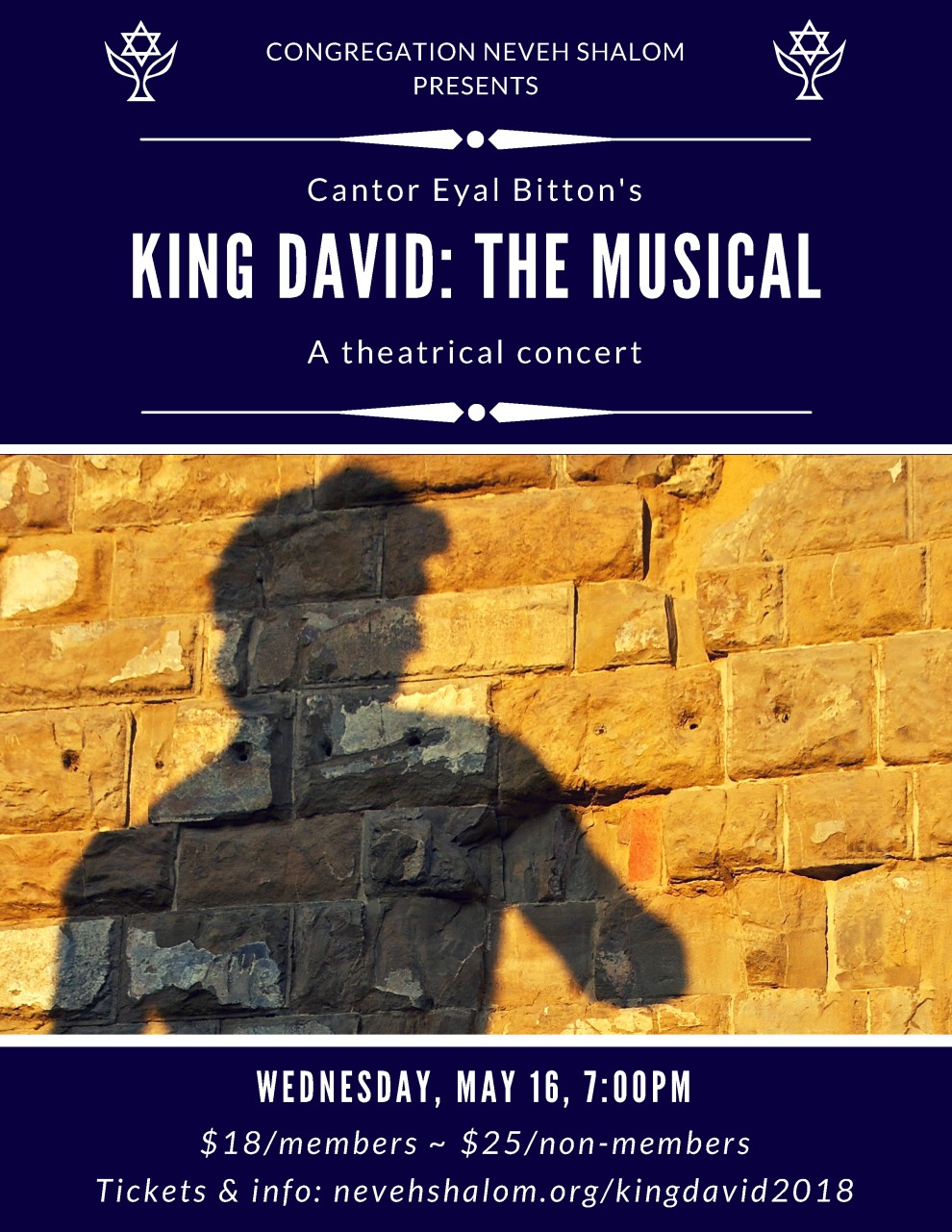 King David the Musical - A Theartical Concert
This original musical by Cantor Eyal Bitton tells the dramatic tale of one of the greatest heroes in the Bible, King David. It’s a story of heroism, jealousy, power, passion, and love. This musical, which has had several productions in Montreal, Toronto, and Hong Kong, will make its Portland premiere at Neveh Shalom as a musical in a concert format. Featuring Cantor Eyal Bitton, guest performers, Congregation Neveh Shalom’s Koleinu choir, and a band.

About this Production:
"King David, the Musical,” with words, music, and script by Cantor Eyal Bitton, has been performed multiple times around the world – Montreal, Toronto and Hong Kong.

Bitton was inspired by the story of King David, seeing him as a truly complex and flawed hero. In this production of the David story, our hero begins as the black sheep of the family, then seeks to be loved by one and all. But the desire to be accepted and loved turns into a desire for power – and the only one who can stop him is… himself. It is a story of heroism, jealousy, power, passion, and love.

The upcoming performance in Portland will feature a number of soloists, the CNS Koleinu choir, musicians, and narration. This will be the first time that Cantor Bitton will be performing in the musical. He is excited to bring this musical in concert to Portland and to perform alongside his wife, gifted actress and singer, Michèle Tredger.