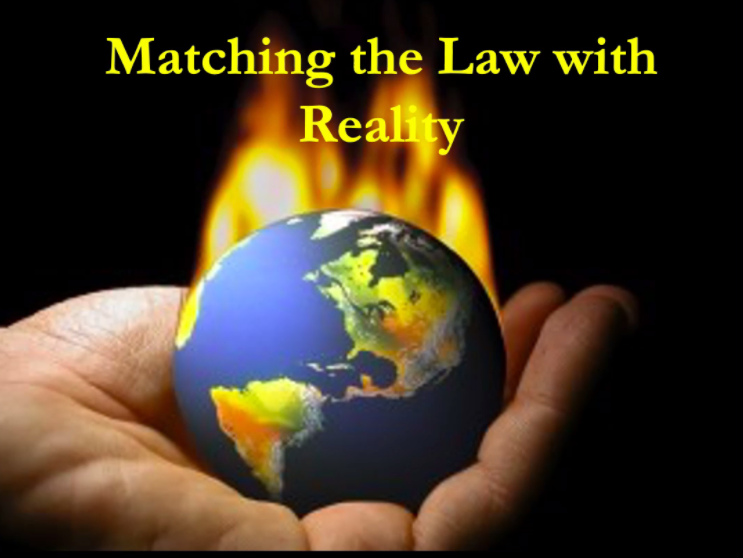 “You have a call to action,” moderator Rob Shlachter told attendees at the Oct. 27 Solomon’s Legacy program on climate change from a legal perspective. “You have to start somewhere.”
Shlachter called Climate Change and the Public Trust, “one of the most important programs I have ever attended.” It featured University of Oregon Professor Mary Wood and Nigel Savage, founder of Hazon, the Jewish Lab for Sustainability. Solomon’s Legacy is the Jewish Federation of Greater Portland’s affinity group for local Jewish attorneys, judges and law students.
“Nature has its own laws that are supreme to our laws,” said Wood, noting the world is heading toward a tipping point where climate change becomes uncontrollable. “To prevent has to be our focus.”
She noted that our current path “leads to an uninhabitable Earth within our children’s or grandchildren’s lifetimes. … The projected rise of 11⁰ F by the end of the century (or sooner) is not broadly survivable.”
“We have to try to create a system that won’t destroy our life support,” she said.
She called on lawyers to understand the emergency and understand the “role of courts in holding our government accountable for climate recovery.”
In an interview after the program, she expanded the call to action to include the entire Jewish community: “Members of the Jewish community encompass engineers, architects, doctors, teachers, bankers, builders … and there is not one thing in society that doesn’t need to be remade and fast.”
To lawyers, she said, “Use your legal expertise in whatever way possible to join the worldwide emergency decarbonization effort … every lawyer has a valuable tool kit for societal change, and the time to use it is now.”
For instance, she said attorneys can file amicus briefs in atmospheric trust litigation such as Juliana v. the United States. That 2015 case was filed in Oregon by 21 young people (including siblings Miko and Isaac Vergun, members of P’nai Or) in U.S. district court asserting that the government’s affirmative actions cause climate change and violate their constitutional rights to life and liberty and fail to protect public trust resources. Though a divided decision by the Ninth Circuit Court of Appeals seemed to end the suit in January 2020, the plaintiffs have since filed an amended motion. For more information on the case and a timeline, visit  ourchildrenstrust.org/juliana-v-us.
The Juliana case was part of a global legal campaign called atmospheric trust litigation, which considers the atmosphere to be held in trust for the public.
Professor Wood thanked Savage for introducing the concept of the public domain belonging to all with a grounding Jewish text.
Savage shared a section from the Mishna about a man throwing stones from his property into the public domain (see below).
After inviting interpretations of the 1,500-year-old text from participants, Savage called out three primary insights: one, you cannot use property to damage the public good; two, you do not own land forever, we are leaseholders; and three, the public domain is the land of many.
“The land that is not his is his,” Savage said the text teaches. “What happens in the public domain affects him.”
“This ancient text is not only germane, it challenges us to be better Jews, better lawyers, better human beings,” said Savage. “We as a Jewish community must be on the right side of big issues. This is the key issue of our time.”
He offered one concrete step. Savage suggested Jewish day schools have their students figure out the “waste stream of our Jewish institutions” and come up with ideas to “help us reduce the ecological footprint of our Jewish institutions.”
Miko and Isaac Vergun, along with their parents, Rob and Pam, have launched a project called Climate Change Recovery (ClimateChangeRecovery.org). The intention is to train students from elementary school through graduate school, as well as other young adults and parents, in how to work together to get action on the climate crisis.
For an in-depth look at the courts and the climate, read Professor Wood's article “On the Eve of Destruction: Courts Confronting the Climate Emergency,” at  law.uoregon.edu/sites/law1.uoregon.edu/files/eve_of_destruction.pdf.