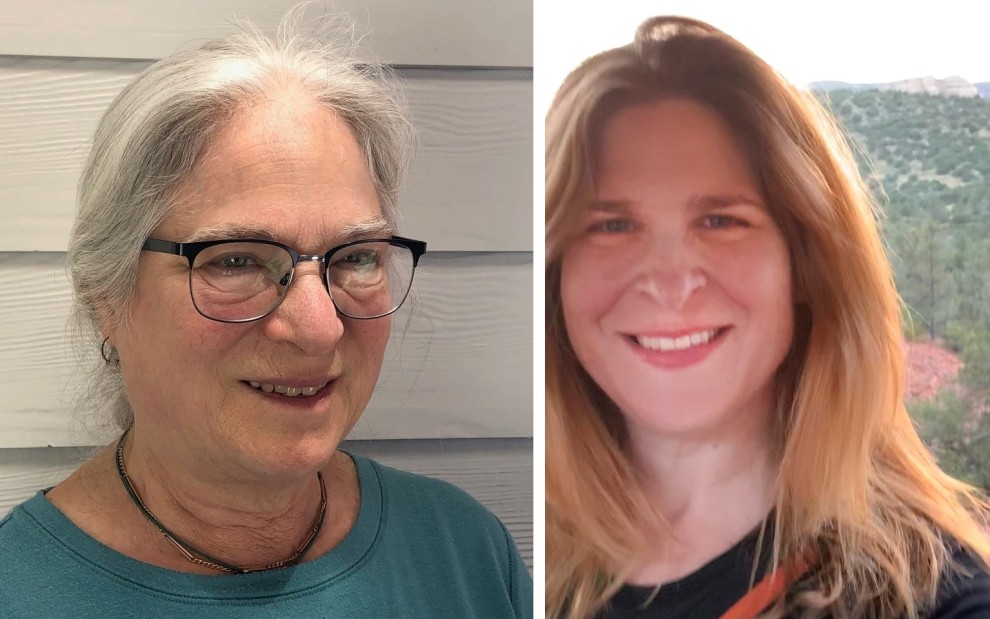 Portland Kollel’s Rabbi Amster named chief rabbi of Stockholm, Sweden
Rabbi Mattias Amster, who has served as the director of adult education at Portland Kollel for the past two years, has been appointed chief rabbi in his hometown, Stockholm, Sweden. His wife, Esther Amster, led the Kollel’s family programming.
“The Amsters have been an integral part of the community, interacting, hosting and teaching so many of you,” wrote Rabbi Tzvi Fischer and Rabbi Chanan Spivak in a letter to the Kollel community announcing the Amster’s departure. “They ran Shoresh, our Hebrew School, and created many effective programs.”
The couple will serve as rabbi and rebbetzin in the largest Jewish community in Scandinavia. According to the Official Council of Swedish Jewish Communities, there are about 20,000 Jews in Sweden. Of the 14,000 who live in Stockholm, about 4,500 are registered with the official unified Jewish community.
“This is an opportunity for us to help the community grow, provide needed Jewish leadership and live closer to family,” wrote the couple in a letter to Kollel families.

NCSY’s Doovie Jacoby takes post in Ohio
After eight years of engaging Portland-area Jewish youth through NCSY, Doovie and Aviva Jacoby are moving to Cleveland, Ohio, where Doovie accepted a position with another Jewish organization.
Doovie served as Oregon NCSY high school director. Under his direction, the Jewish Student Union clubs expanded to 15 schools in Oregon. His leadership helped Portland NCSY win the title of Chapter of the Year for two years in a row in the West Coast region.
“His friendly and warm demeanor lends itself to sincere Jewish outreach and friendship,” says Oregon NCSY Director Meira Spivak. “Doovie has developed relationships with hundreds if not thousands of teens, and his presence will be very missed.”
Doovie helped countless teens travel to Israel. One summer he staffed a bus on NCSY’s four-week travel program in Israel, The Jerusalem Journey.
Aviva has been Jr. NCSY and family engagement director. She has forged relationships with middle-schoolers and their families through fun and exciting community events. Aviva developed NCSY’s Shabbat Top Chef Cooking competition, Cholent Cook Off and Family Shabbaton. She also co-led a mom’s trip to Israel and hosted countless Shabbos and holiday meals in the couple’s home.
“Doovie and Aviva have worked tirelessly and dedicated their lives to connecting, inspiring and empowering the Jewish teens of Portland,” says Meira. “It has been my utmost pleasure working with the Jacobys on a day-to-day-basis. They are mensches of the highest caliber and are true team players. I have been proud to call them my colleagues and even prouder to call them my friends.”
Doovie will stay on with Oregon NCSY virtually to help smooth the transition until the positions are filled.
“We are looking at a variety of models,” says Meira. JSU’s future and virtual staff are being considered. “We will be putting a strong focus on recruitment for TJJ, The Jerusalem Journey… and are hoping to double our numbers nationwide for next summer.”

Dana Sirkin installed as Women’s League VP
Congregation Neveh Shalom member Dana Sirkin was installed as one of 13 vice presidents of the International Women’s League for Conservative Judaism during its triennial convention this month.
Dana served as CNS’s Sisterhood president for two terms, 2013-17, and served as president of the North by Northwest Region of WLCJ from 2015 to 2018. She remains active in the local sisterhood, where she serves on the board and manages Neveh Shalom’s Judaica shop.
“During the past two years, I served on the program team for the triennial convention for WLCJ, which was redesigned and held virtually this past Sunday, July 12, 2020,” says Dana. “My role in the new administration will be as co-chair of programming for the next convention in three years, and we already foresee that we will want to incorporate virtual aspects then, as it was a huge success.”
She says this WLCJ administration plans to focus on social justice and education.
During the convention, the Neveh Shalom Sisterhood was presented with the The Jewels in the Crown award, which is earned when a sisterhood meets certain standards set by WLCJ over a three-year cycle. Three sisterhoods in the North by Northwest Region earned the award. Jennifer Kalenscher and Diane Kahn are the co-presidents of the CNS Sisterhood.

Kesser Israel hires Shannon Katz
Congregation Kesser Israel has hired Shannon Katz as Operations Manager. Shannon, who is a member of Kesser Israel, will start her new position at the Shul in early August. She brings a broad range of talents and skills to Kesser as she looks forward to helping us build an even stronger organization to meet the challenges and opportunities of our times and the future.
“We are so excited to have Shannon coming onto our staff,” says Kesser Israel Rabbi Kenneth Brodkin. “Given Shannon’s excellent management skills as well as her warmth and passion for the Jewish people, she will be well positioned to help Kesser Israel serve our local Jewish community today and in the future.”
As operations manager, Shannon will be deeply engaged in managing the synagogue and serving the needs of members as well as the broader community.
Shannon is an experienced Jewish professional. She has played various leadership roles in Jewish organizations including Young Judaea and the JCC of Tucson, AZ, in addition to her work in the for-profit sector. She has consistently demonstrated excellence in organizational operations and oversight.
“In the midst of tumultuous times, it is exciting to be joining the Kesser Israel team in my new role as operations manager,” says Shannon, who has lived in Portland 18 years. “As a member of Kesser, I’m thrilled to start this position, which presents a new opportunity to work and support our community.”

Because they cannot physically bring Americans to Israel or Israelis to America right now, the America-Israel Friendship League is hosting biweekly Facebook Live and Zoom webinars every week. The free biweekly webinars, every Wednesday and Sunday at 9 am Pacific Time, feature American and Israeli presenters about a diverse array of topics (music, theater, art, dance, economics, health, etc.).  https://www.aifl.org/events