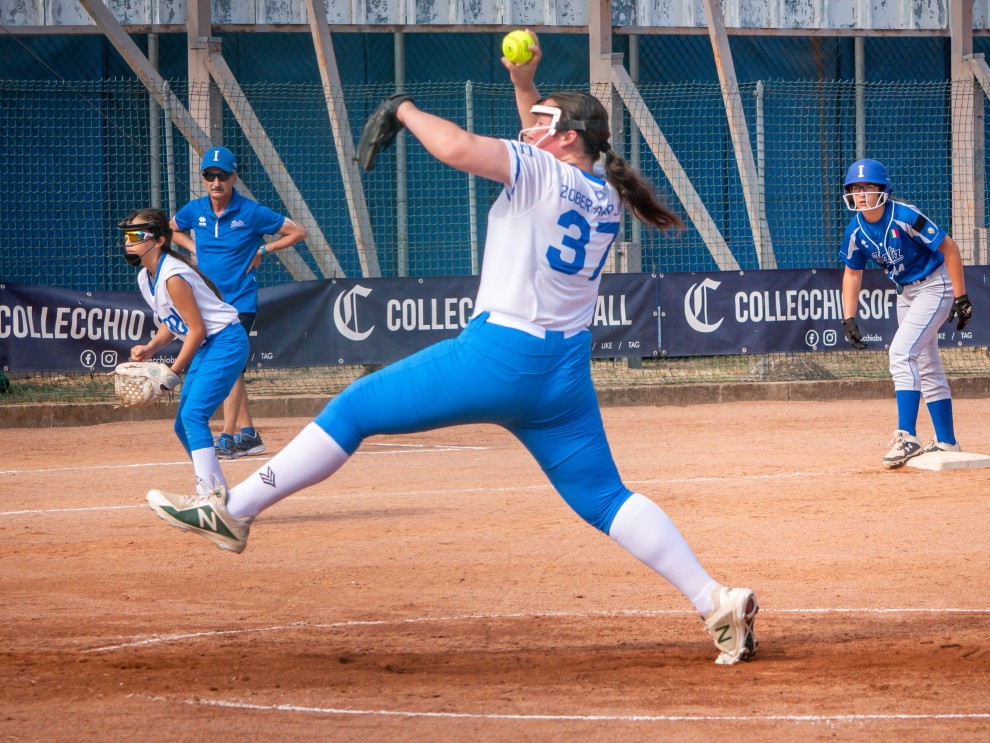 The Israel Softball Association 12U Israeli national team won the silver medal in the European Massimo Romero Youth Tournament. Portland-area pitcher Josephine “Jojo” Zober Appling led the tournament in strikeouts.
Jojo pitched the opening game against Italy, which Team Israel won 5-3. This was Italy’s only loss in the tournament. She also toed the rubber giving up zero hits to the Czech Republic team and batted in three runs to help seal her team’s other two wins.
“It was an amazing experience, and I will never forget the pride I felt singing the Israeli National Anthem before the start of the first game – or the joy I felt to win that first game against Italy,” says Jojo. “I hope I’ve made my grandparents, and my great-grandparents, proud.”
The underdog Israeli team was awarded the silver medal at the Aug. 10-13 tournament in Italy after facing teams from Croatia, Czech Republic, Great Britain, Italy and Spain.
As an event of the World Baseball Softball Confederation Europe, this tournament is the European championship for softball players 13 and under. It was Israel’s first time being represented at the 12U level at this prominent tournament. The team played together for the first time the week of the tournament. Team Israel includes players of Israeli citizenship and U.S.-born players with Jewish or Israeli heritage. (The Jewish Review chronicled Jojo’s selection to the team at jewishportland.org/jewishreview/jr-stories/
portlanders--israeli-soccersoftball.)
“The 12U Israel National Softball Team had the experience of a lifetime, creating unforgettable memories and making new friends with each other and with athletes from across Europe,” says team manager Yarone Zober. “In addition to winning the silver medal, the team accomplished amazing wins and impressive individual performances. We are all very proud of them for representing Israel so well in international competition for the very first time at this level.”
Jojo tested positive for Covid on the morning of the championship, and her team had to play without her, losing to Italy 17-2.
“However, she drew a lot of positive attention, even having the coach of Team Italy filming her pitching during the Czech Republic game,” says Jojo’s mom, Elle Zober, who accompanied her daughter to the tournament.
The theme for the team and the experience was Softball and Sisterhood.
“Jojo really bonded with the Israeli players – they were fast friends,” says Elle.
Jojo had noticed that the Israel players were using old bags that didn’t hold all their gear properly, so when she saw a baseball vendor at the tournament, she asked her Grandpa if he could buy the girls each a brand new softball bag , customized with their initials and in Tram Israel colors.
“Something Tom Hope was exceptionally happy to do,” says Elle. “The players were very excited and said they can’t purchase bags like that in Israel, and they immediately filled them with their gear.”
The bags were customized with each player’s initials and in Team Israel colors.
“I love the fact that sisterhood was really something the players embraced,” says Elle.