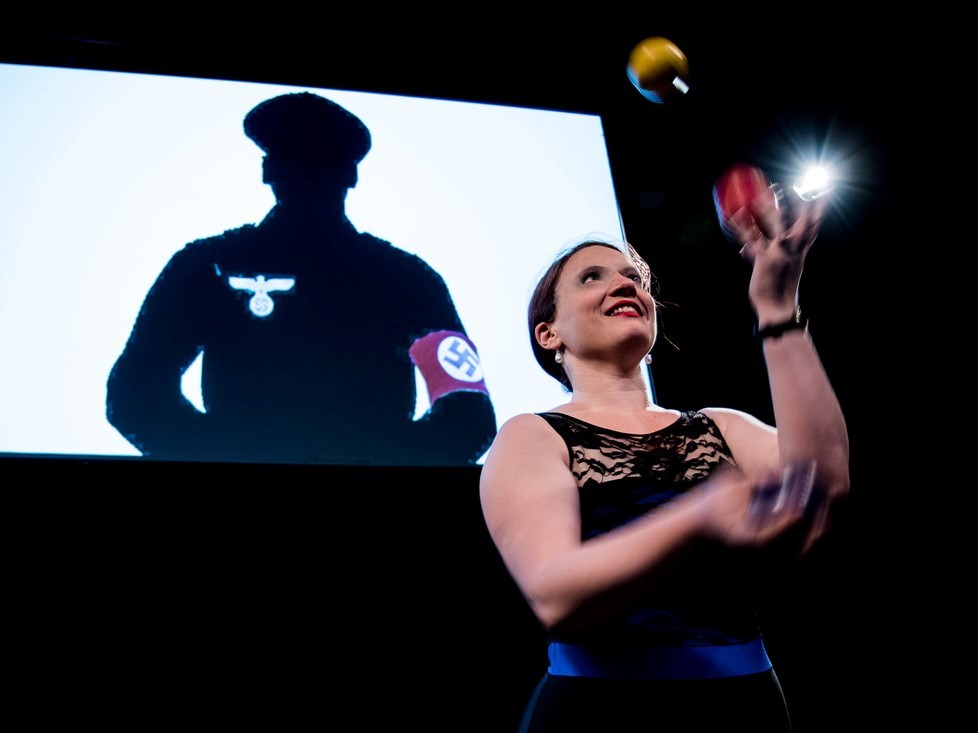 BY DEBORAH MOON
In years past, Weekend in Quest has brought together about 70 people for a scholar-in-residence weekend in Astoria. With this year’s shift to a virtual program, WIQ will likely reach a far wider audience – and with a scholar who could not have been brought in for a weekend at the coast.
On Sunday, March 7, multidisciplinary performer and academic Stav Meishar will Zoom into Portland to present “Circus Jews Under National Socialism: A Lecture/Performance.”
The webinar will explore the lives of Jewish circus artists in 1880-1945 in Germany and the process of transforming historical research into performance.
The lecture is based on over seven years of extensive research and combines photos from personal albums, recorded testimonies and personal stories. In addition, Stav will present excerpts from her one-woman show, “The Escape Act,” based on the true story of a Jewish acrobat who survived the Holocaust by hiding in a German circus.
“The committee thought it would be wonderful to offer this program on the circus, because it is so very different from anything we have ever offered before,” says Mimi Epstein, who cochairs WIQ with Michael Feldman. Mimi has cochaired the event since 2011, except for 2014 and 2015, when Michael chaired WIQ alone.
This year will be the first time the long-running program will be under the auspices of the Oregon Jewish Museum and Center for Holocaust Education. For decades, the weekend was hosted by the Institute for Judaic Studies, which disbanded last year and passed its popular programs to the OJMCHE.
“Despite the challenges of the pandemic, I couldn’t be more pleased,” says OJMCHE Director Judy Margles of this first event. “The committee, so ably chaired by Mimi Epstein, started planning last summer. Wisely, they planned a virtual event from the beginning, which gave them the flexibility to think more expansively about who could Zoom in. Stav Meisher will be speaking from Great Britain; we would not have been able to bring her otherwise. So while we can’t wait to return to Astoria for a weekend Shabbaton, we are excited to introduce our audiences to the little-known world of the lives of Jewish circus artists in Germany between 1880 and 1945.”
Born and raised in Israel and now based out of Bristol, UK, and New York City, Stav has spent the past two decades performing on professional theater and circus stages. When Stav isn’t performing, she directs Dreamcoat Experience, the award-winning organization she founded, which uses performing arts as tools for teaching progressive Judaism. She also founded Petite Mort Productions, a performance company committed to developing original multidisciplinary works.
When OJMCHE adopted IJS programs, it set up the Rabbi Joshua Stampfer Cultural and Program Fund to support the cultural programming.
This year’s program is free, but Mimi says, “We are hoping people will want to help with our expenses by making a donation.”
After this year’s virtual program, the committee is looking ahead to next year in Astoria. The committee has invited Sasha Senderovich of the University of Washington to lecture on Soviet Jews for the 2022 WIQ.
To register for the 11 am, March 7, webinar, visit ojmche.org/events/2021-weekend-in-quest/.