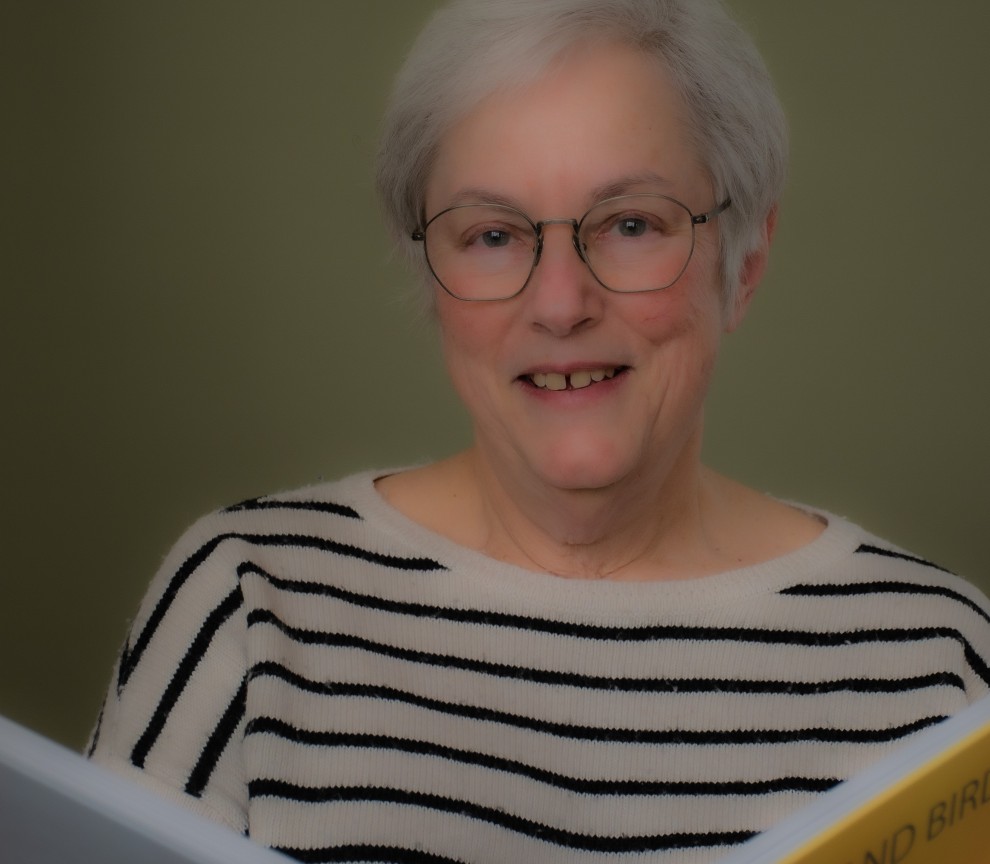 PHOTO: Judge Susan Graber looks at a book of photographs of Sauvie Island birds taken by her husband, Bill June. The couple spends a lot of time at Sauvie Island watching the birds and walking Bolo, their Labrador retriever.

Judge Susan Graber, appointed by President Clinton to the U.S. 9th Circuit Court of Appeals in 1998, has announced her intention to move to senior status.
“My letter to President Biden states that I will retire from regular active service when the Senate confirms my successor,” says Judge Graber, who has lived in Portland and been a member of Congregation Beth Israel since 1978. “My best guess is that this event will occur within the next year.”
Federal appellate judges can take senior status, which gives them more autonomy over their caseload, if they are over 65 and have served for at least 15 years.
“I plan to continue hearing cases as a senior judge for the indefinite future, because I love the work,” she says. “I expect to start out on close to a full-time basis but with, I hope, a bit more time for travel and relaxation.”
Despite her busy legal schedule, Judge Graber has also found time to be active in Portland’s Jewish community.
“I served on the Board of Trustees of CBI for several years, and I sing in the congregational choir (including some of the Purim Schpiels!),” she says.
She also has been an active member of CBI's Adult Education Committee for well over a decade and chaired that committee for a few years.
“Before I became a judge, I participated in Super Sunday, raising funds for Federation, and also I served briefly on the Federation’s Community Relations Committee.”
The judge sees similarities between legal and Jewish principles.
“A beautiful calligraphed version of the verse in Deuteronomy, ‘Justice, justice shalt thou pursue,’ in both Hebrew and English, hangs in my office. It was a gift from my husband’s family when I became a judge,” she says. “The other verse that captures the harmony between legal and Jewish principles for me – and is good advice for a judge – is found in Micah: ‘What does God require of thee? To do justice, to love mercy and to walk humbly before God.’ ”
She and her husband, Bill June, will celebrate their 40th anniversary in May.
“His support of my professional life has been invaluable,” she says.
The couple is looking forward to being able to visit their daughter, Rachel, a lawyer and horsewoman, in northern California. Rachel was born while Judge Graber was an associate justice of the Oregon Supreme Court, where she served from 1990 until she was appointed to her current post.
She earned her law degree from Yale University’s School of Law by the time she was 22. Between her first and second years at Yale, she served as a law clerk to U.S. Attorney Sid Lezak in Portland. Following graduation, she practiced in public and private settings in New Mexico and Ohio from 1972 to 1978, when she returned to Portland to join Stoel Rives. She became a partner three years later and remained until 1988 when she was confirmed to fill a vacant seat on the Oregon Court of Appeals.
“When I was a student and a new lawyer and a new judge, I was lucky to have found wonderful teachers and mentors,” says Judge Graber. “One of the greatest pleasures of my positions in the judiciary has been the opportunity to work with law clerks and, I hope, to have played a similar role for them.”