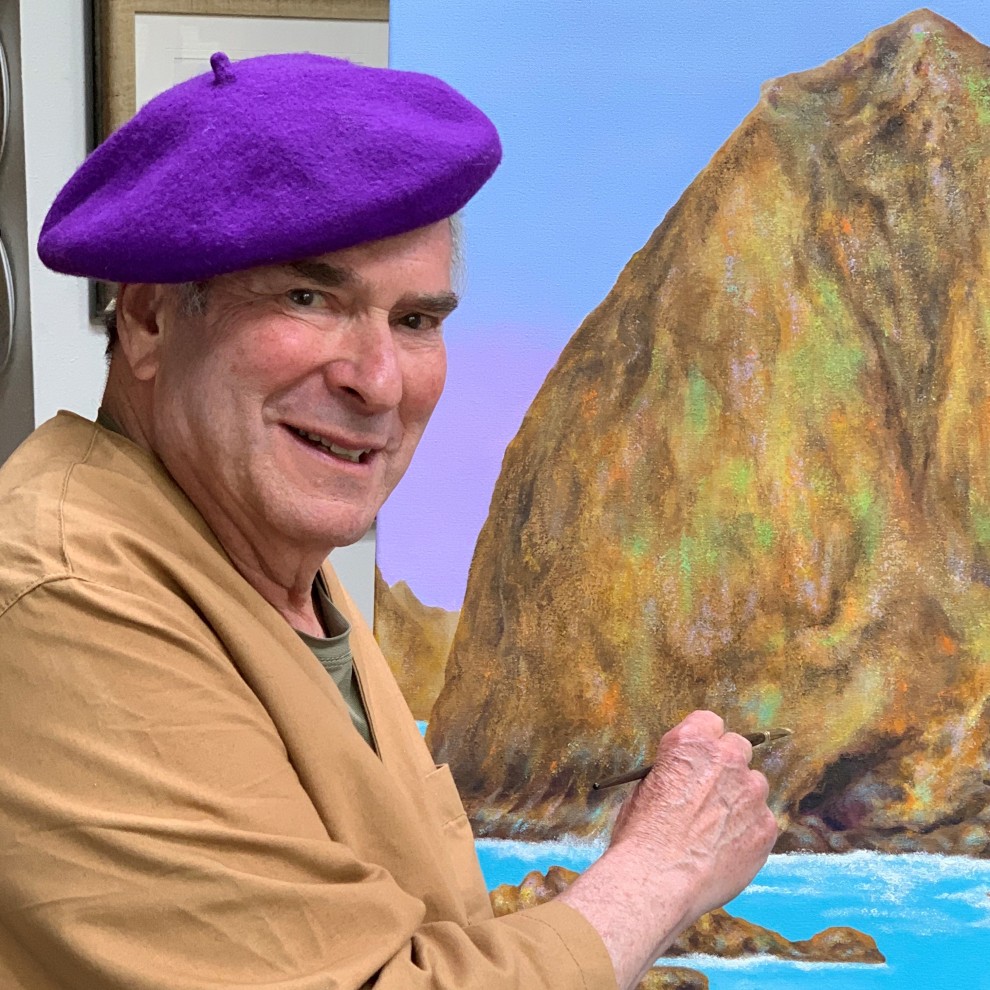 Artists variously have found their creativity crippled, freed or inspired by the global pandemic, but all of the local artists I interviewed agree that selling or sharing art during the shutdown has been a challenge.
CRIPPLING BLOW
Some artists lost access to their studios or equipment, while others felt the weight of the world crushing their desire to create.
“When stay at home orders began in mid-March, I had a very hard time creating,” says silversmith Victoria Epstein. “I would go in my studio, sit there and stare at the walls.” 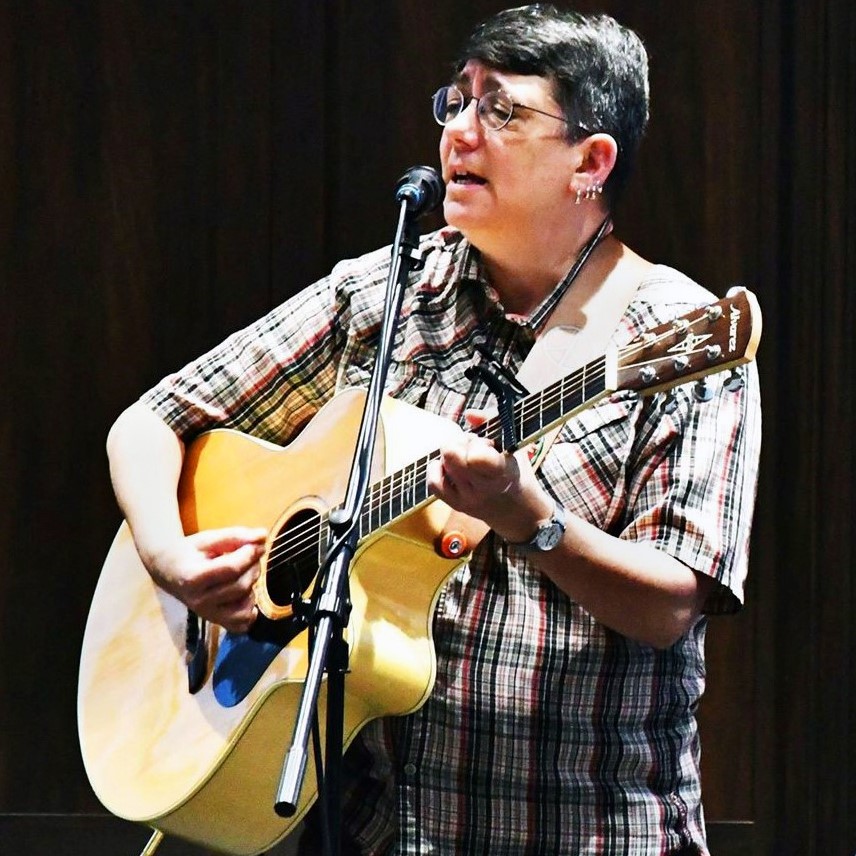 Musician Beth Hamon had just returned from performing at Weekend in Quest and was prepared to release her latest album with a local and national tour. “The pandemic shutdown stopped me cold for awhile. Since I create content and perform professionally to pay the bills, when the gigs dried up, so did my motivation to create more music. …. I felt utterly lost and deflated, and I didn’t touch my guitar for almost a month.”
Access to studio space has hampered the efforts of some artists. Martha Decherd still does some weaving at home on her 4-shaft floor loom and portable 2-shaft loom. But she hasn’t been able to finish a project she was working on in March on the large 8-shaft loom she was using at the Multnomah Arts Center. Her husband, Glenn Decherd, has not been able to work on his pottery at all, since he uses the studio at the MAC.
“While I am able to work at home, the projects are necessarily less complex than those I can do at the MAC,” says Martha. “This does not mean they are any less beautiful or interesting; but rather than complex weave structures, the interest comes through use of color and different yarns.” She notes she is using many yarns she has at home for her current projects “leading to interesting color and texture combinations in my work.”
CREATING ANEW
Artists whose creativity was stymied by the upended world found varied ways back to creating.
For Beth that meant focusing on music that wasn’t part of her professional life now. She had previously taught marching percussion for 30 years and thought drumming might be a good place to start.
“So I picked up my sticks and a practice pad and started drumming again, every day for 10 to 30 minutes, just so I’d have somewhere to put my nervous energy,” says Beth. “This week I’ve been drumming at my local park to lend support to the people protesting for systemic change in the way policing is done in this country, and to support those fighting for the lives of black people who’ve been threatened and attacked by white supremacists and the police in the past few years.”
The drumming enabled Beth to return to her guitar. Recently she has worked to hone songs she has already written and to “hang out with a couple newer things I haven’t released yet.” 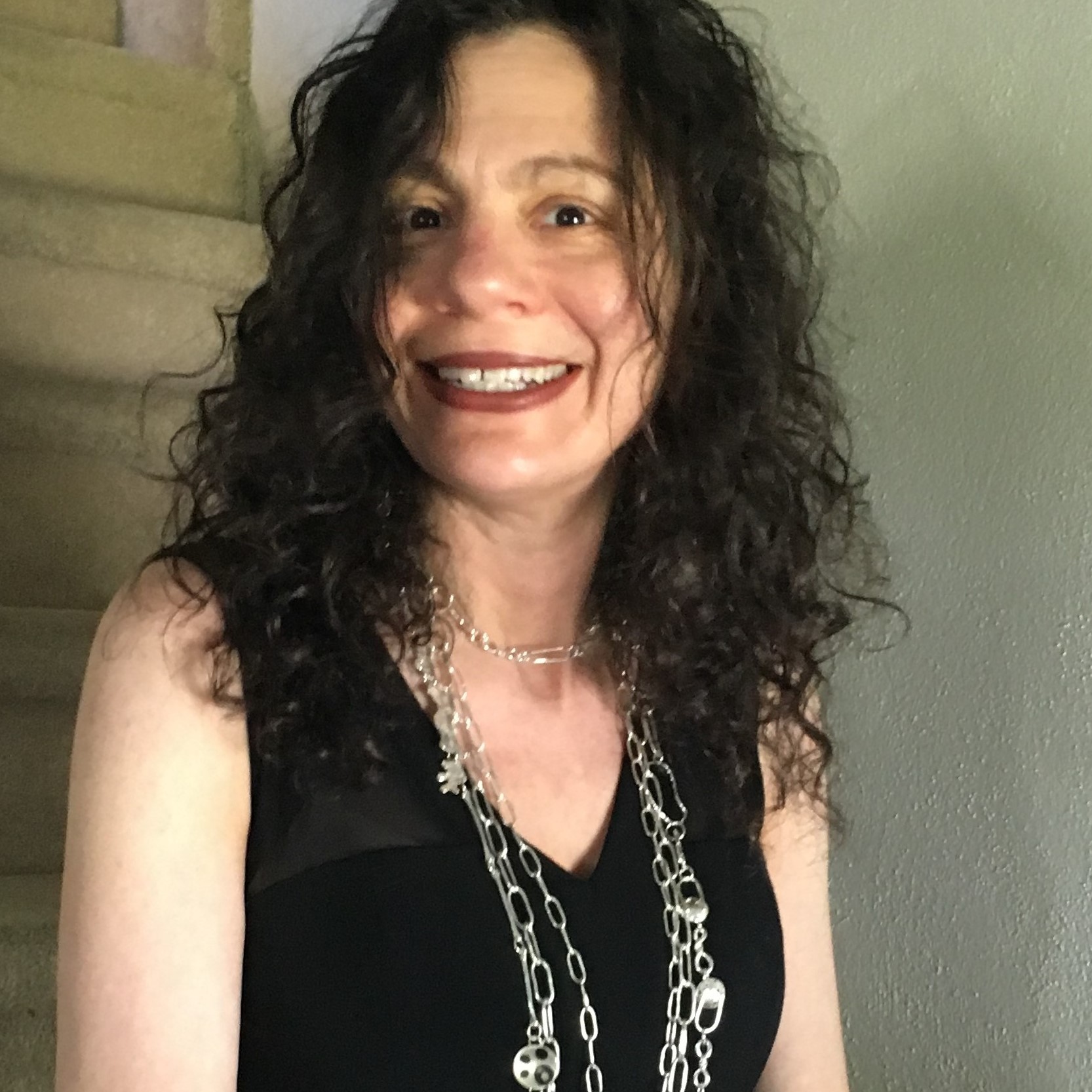 Victoria also found that turning to a more repetitive expression was a way back to creating.
“After about 4-5 weeks … (I) decided that the repetitive nature of making chains might be a way to get myself in the studio doing something and thus creating,” says Victoria of her jewelry making. “It worked.” After making three or four chains, she decided to use leftover links and other pieces from her workbench to create a Quarantine Necklace for herself. “Moving forward I am working on other lines … as well as continuing to make chains using the concept of the Quarantine Necklace to incorporate different styles into the same chain.” 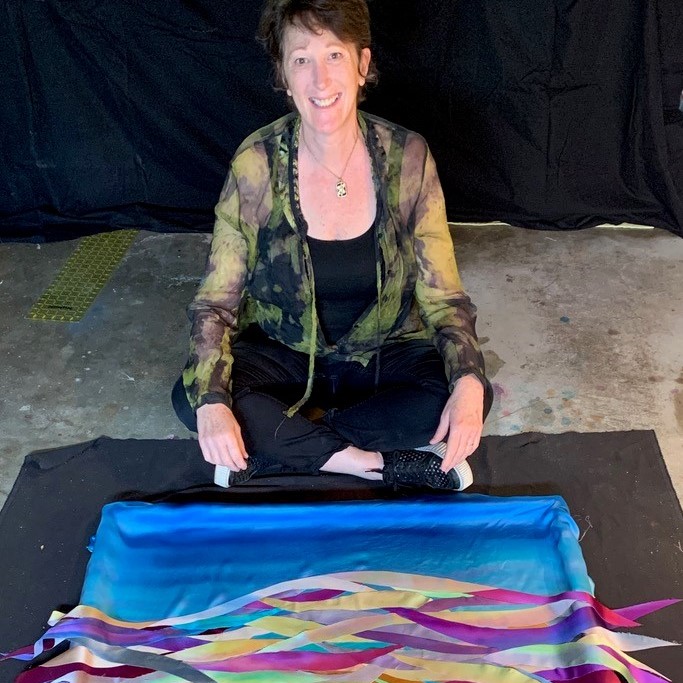 “As an artist, sometimes I feel shy about putting my ideas out into the world, but quarantine has reminded me that life is short,” says silk artist Diane Fredgant. “I have something to say. I have the courage now to keep working without fully knowing where the piece is going. All I know is that my piece is about shalom, prayer and bringing the words of the Torah into our hearts.”
For poet, visual artist and social worker Willa Schneberg, the closure has offered valuable time to focus. “I am actually more productive because I can’t attend the usual cultural activities that I normally would, so I have more time to work on ceramic sculpture, write and revise poems, and send them out to journals.”
Sara and Fred Harwin have likewise found freedom to explore new directions. 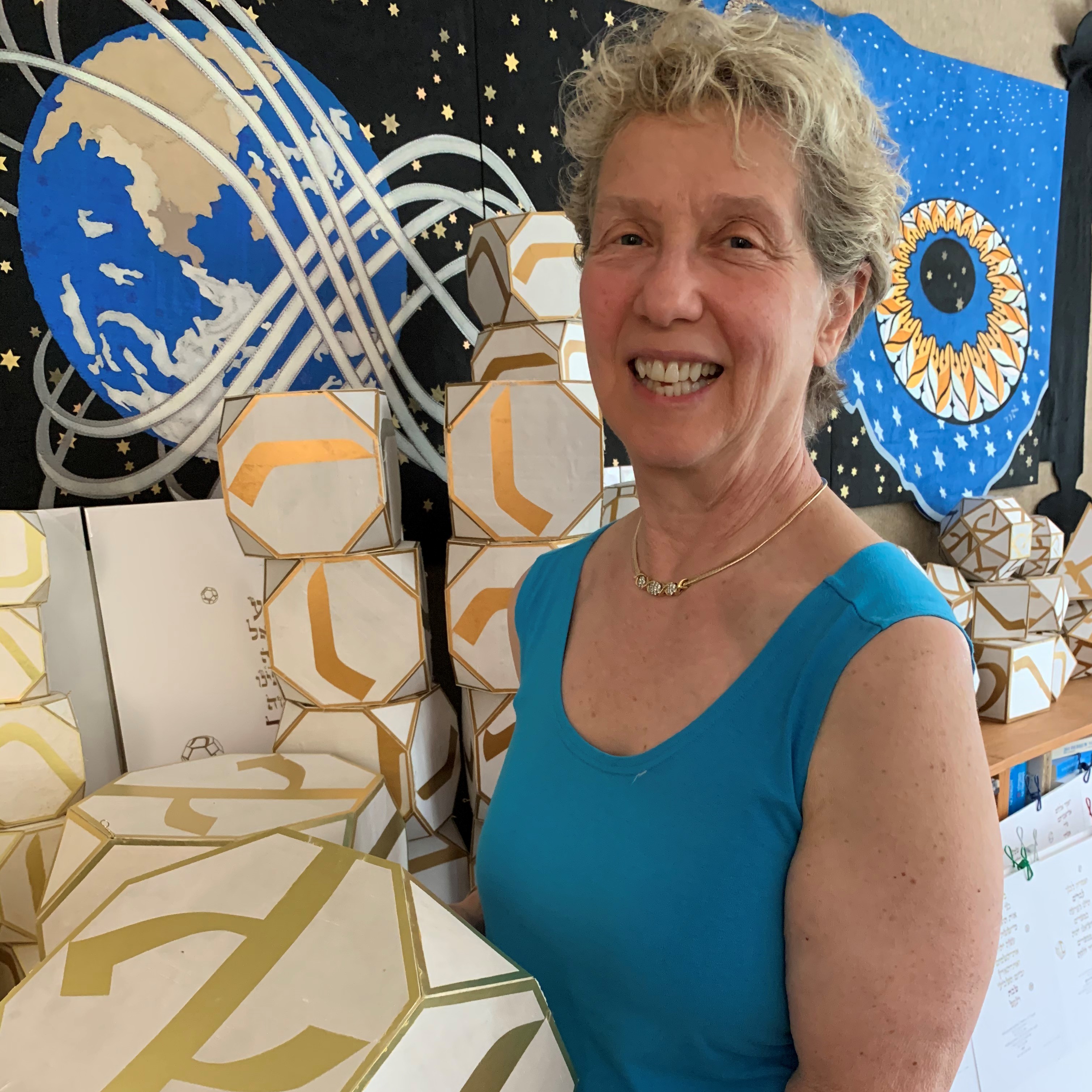 “Both of us have fully equipped and stocked studios at our residence,” says Sara, a fabric artist. Her husband Fred is a painter. “We are able to fully devote our studio time to whatever work we wish to create without the distractions of raising family, maintaining a household, entertaining friends, family and visitors, and marketing of our work. This freedom along with the concentrated time during the stay-home orders is giving each of us an opportunity to explore new ideas and expand potential directions.”
Jordan Ackerson says the pandemic “made me feel the inspiration to do more singing, because I love doing things that make people feel that ‘touched and moved’ feeling inside.”
“A few times I’ve decided to spontaneously sing on the patio near our front yard to make people who walk by on our street feel serenaded,” says Jordan. “It feels refreshing to put a smile on others’ faces and relieve their stress dealing with the COVID virus.” 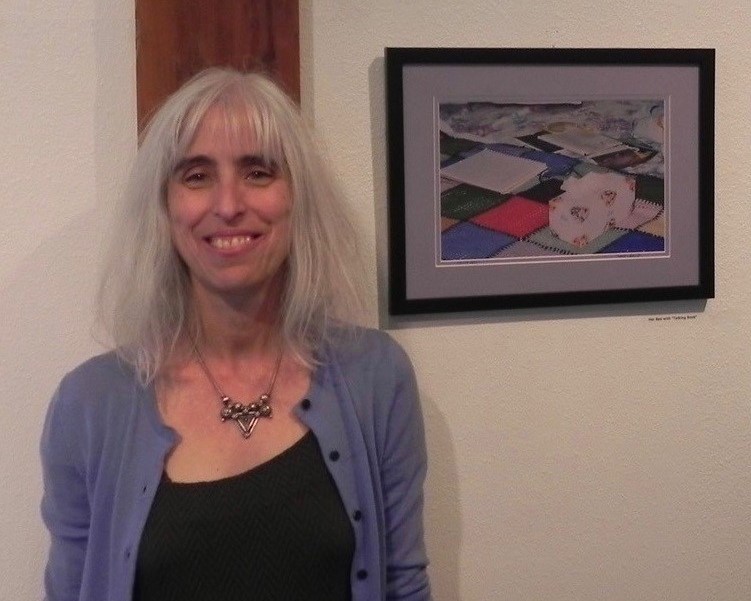 “When folks are struggling, buying art is not a priority,” says Willa. “Many folks have lost their jobs, have not received unemployment checks and are staying even closer to home since the recent unrest.”
In addition to the reduced local market for art, the lack of tourists is hurting many small galleries. Willa says the artisan shop Like Nobody’s Business on Northwest 23rd has recently reopened with curbside pickup and local delivery. The artisan shop is owned by an artist couple who currently are unable to make rent. “I really want to support this store, so I have lowered the prices to way below what they sell for in a gallery,” says Willa. “My latest (poetry) collection Rending the Garment can be purchased there, too.”
Victoria laments that all art fairs are cancelled through the summer, and most galleries are closed as well. “As the galleries begin to reopen, I believe things will start to shift,” she says. “I am also part of a wonderful seasonal gallery in Lake Oswego called Rain Spark, … so I am keeping fingers crossed we will be able to open.”
Victoria is offering 20% off her entire collection on Etsy.com/shop/LyricCreations during June. 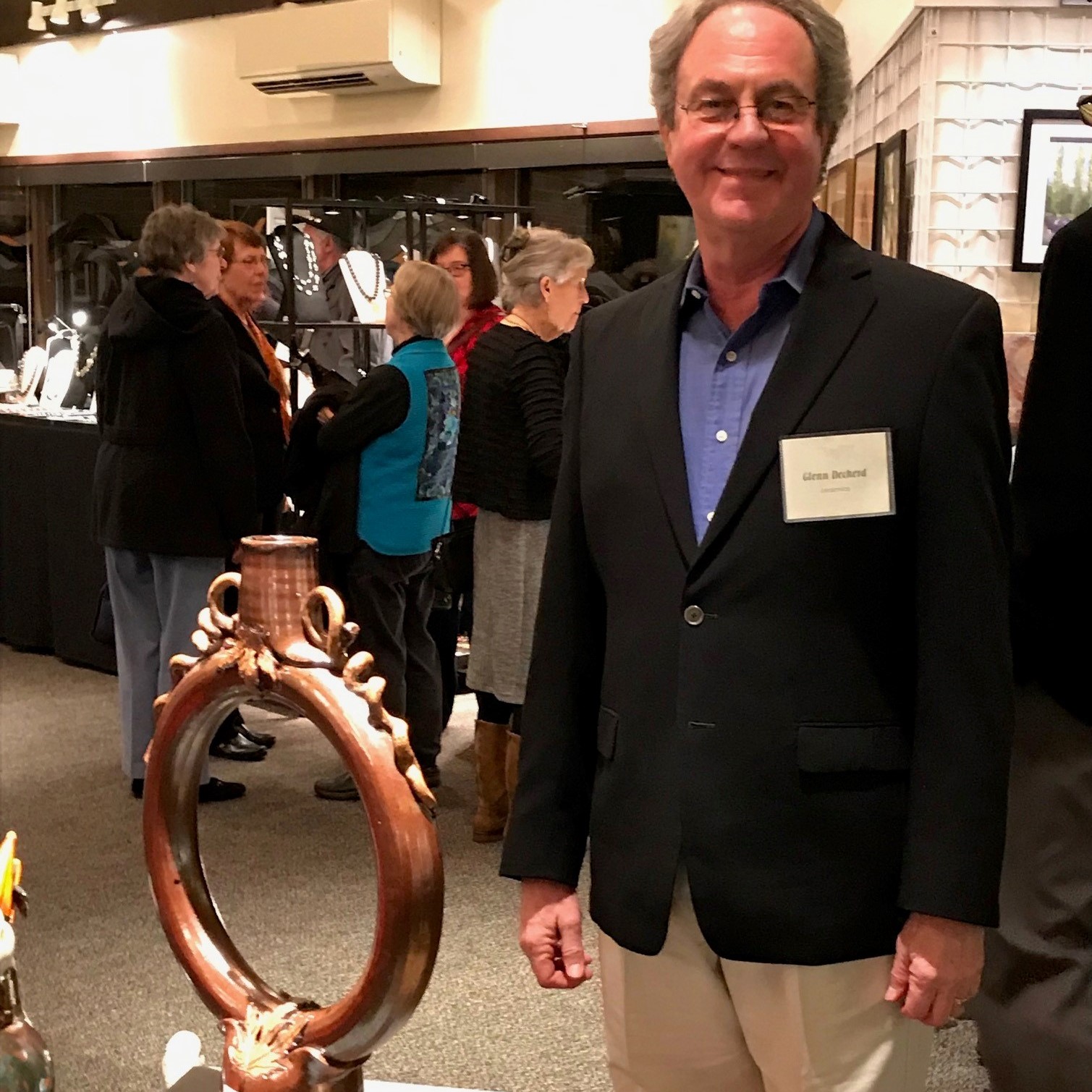 Martha and Glenn Decherd sell most of their work through shows and sales hosted by ORA: Northwest Jewish Artists. Since those sales have been canceled for now, the couple are not selling anything. But ORA members such as Martha, Glenn and Victoria may get a boost from new marketing opportunities being created by ORA, a network of local Jewish artists.
“ORA is busy figuring out how to adjust to this new way of doing business,” says Diane, who serves as ORA president. “We are putting together a COVID-19 quarantine show (tentatively set for September) at the MJCC, where ORA artists each show one piece created while staying home along with pictures of their creative processes. We are also creating an online Hanukkah Sale, where each member will have a page on a website with items for sale.”
On a personal level, Diane has been busy sewing masks; for each mask she sells, she donates a mask to rabbis, postal workers or others in need. She continues work on tallit and silk orders, but it’s not all about the money.
“As an artist, for me it’s about people getting what they need in order to pray and celebrate Jewish traditions while creating beauty,” says Diane. “At the beginning of quarantine, I had just finished a tallit commission and was getting ready to send it when the client told me that she had lost her job due to COVID. I sent it to her anyway, because it’s her tallit and she deserves that comfort. I needed to be a part of the helping.”
Beth has done a few things on Zoom, including facilitating a mid-May online gathering of Women of Reform Judaism members from Iowa to sing a few songs and reflect on “the resources we have to help ourselves and each other … I would be thrilled to facilitate similar gatherings going forward.”
She also joined 24 other women artists in #sisterscount to create video vignettes for each of the 49 days of counting the Omer. Beth also performed in the group’s performance of a new song written for the project. The raw recording is on New York City’s Lab/Shul Facebook page with an edited version due out in mid-June.
In May she performed a short mini concert on Facebook: facebook.com/BethHamonMusic/. The next concert will be at 6 pm, June 21, and she plans one per month till the High Holy Days. 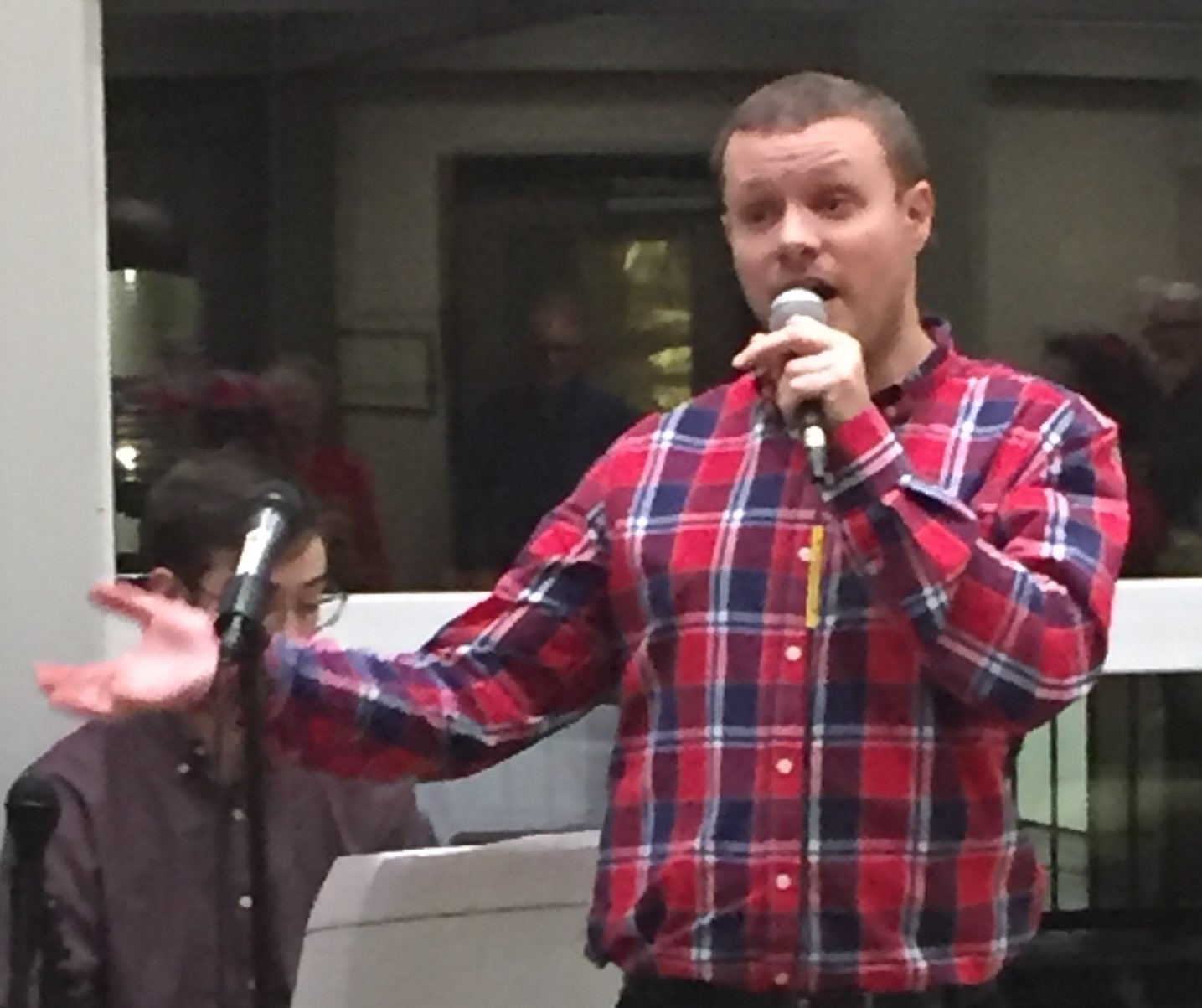 Jordan has also turned to Facebook to share his music. For his 32nd birthday, he did a live Facebook concert with his mom --https://www.youtube.com/watch?v=OJ0BRhHZv4I&t=2s. He told friends he didn’t need gifts, “but would truly appreciate it if they would make a donation to any of their favorite charities in honor of my birthday. … As of June 1, over 950 folks have viewed our concert fun. We got word from so many folks that what we did made them feel that true inner comfort and joy.”