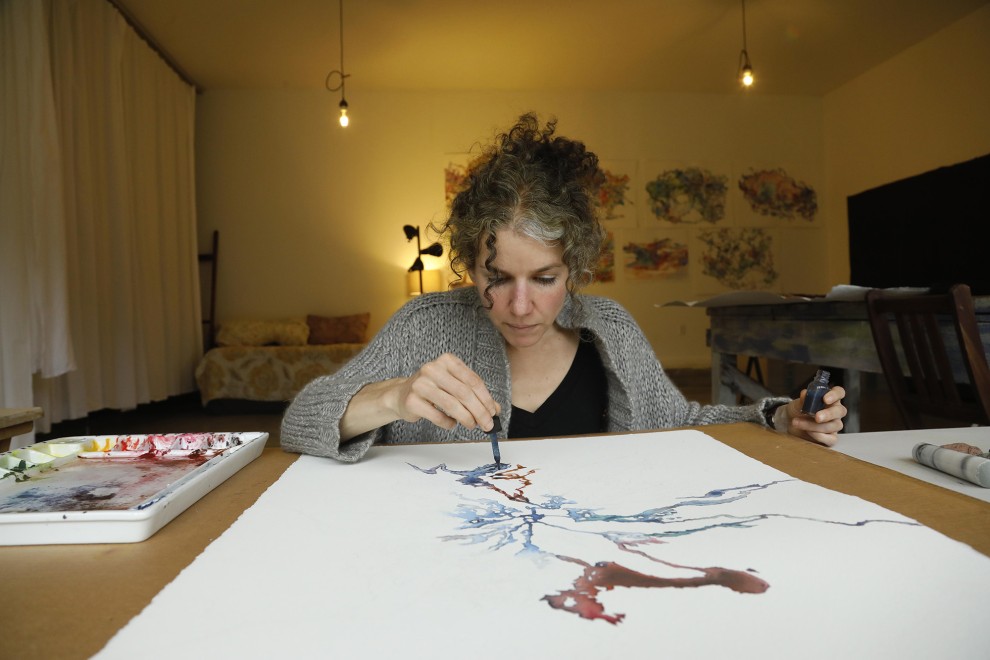 PHOTOS: TOP: Daniela Molnar (photo by Genaro Molina). BELOW: “Cyclone/there is no time, but the light remains 9,” from a cyanotype series by Daniela Molnar. The primary pigment in the process is Prussian Blue, which was found in Zyklon B, the lethal gas in Nazi death camps. Cyanotypes are made via a photographic process that relies on sunlight, the light that the murdered were forever denied, but which Molnar is determined to let into her life.

Daniela Molnar’s artistry has taken her down a circuitous path from ecology to scientific illustration to poetry. Now, it is leading her back to her Jewish roots. The artist and writer, who is the granddaughter of four Holocaust survivors, is involved in multiple projects that address the Jewish experience from a variety of perspectives.
One of her current works-in-progress is a poetic erasure of the “Protocols of the Elders of Zion,” an antisemitic text. When asked about this process, Daniela explains, “You take an existing text and basically get rid of enough words on a page that you’re creating a poem with the existing words. You’re not adding any words, and you’re not rearranging them; you’re just using what’s already there to try to create a ‘new work.’”
Daniela was surprised to learn that while many of her peers were aware of anti-Jewish tropes, they had not heard of the Protocols. “Even if someone hadn’t heard of the book, they were like, ‘Oh yeah, I’ve heard that racist thing about Jews, you know?’ And so, it all stems back to this book – (it) has been incredibly successful as a tool of propaganda. I decided to do this erasure as a way to try to transform this incredibly hateful, poorly written text into something that was healing and poetic.” 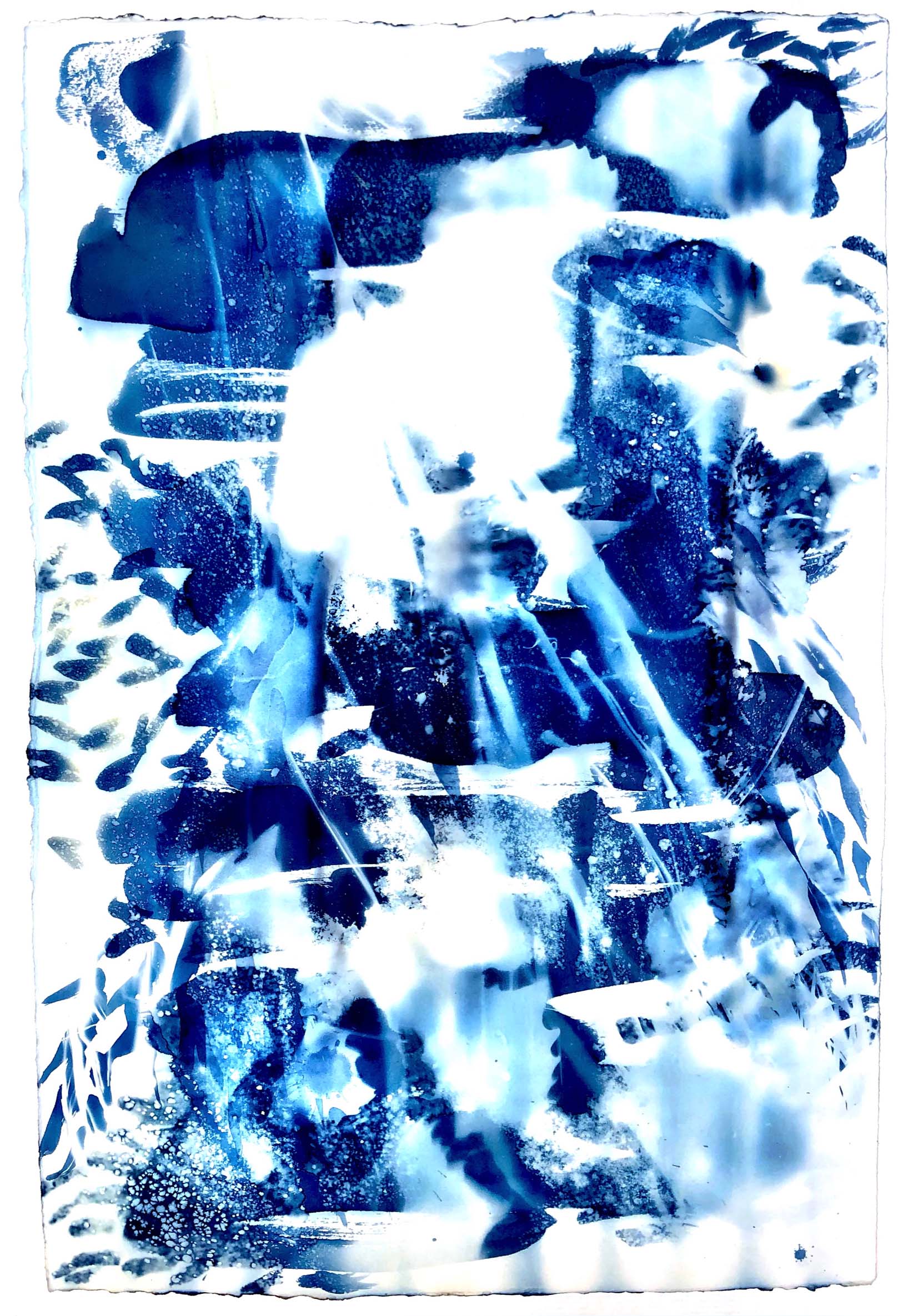 Daniela is also working on a related project, “Cyclone,” which uses a unique printmaking process known as cyanotype.
“The basic idea driving that project is that the primary pigment in the cyanotype has the same chemical constituency as the gas that was used in the gas chambers in the extermination camps,” she says. “When I learned that, I was kind of shocked, because I was making these prints and just sort of playing around with it, honestly. And then I was like, ‘Oh, there is a lot here.’ And I started to really think of the prints in another way – that I was communicating with my ancestors through this process of light exposure.”
In June, Daniela is scheduled to visit Auschwitz as part of the Common Good Master Class, a visionary educational program sponsored by the Western States Center, a Portland nonprofit that promotes democracy and antiracism. The program, which is a fellowship involving several artists, is “dedicated to looking at the ways that racism, antisemitism and antidemocracy forces coexist and unfortunately support each other.”
Daniela and other artists met over Zoom for nine months, studying the ways that these forces overlap.
“It’s been, for all of us, really transformative,” says Daniela. “We were planning to take this trip to Auschwitz last winter, but with Covid, it just wasn’t possible to travel to Poland at that time. So now, of course, there’s a war going on next door to Poland, but they’re planning to go ahead with it because their work is about these forces that are playing out there. It’s going to be a tricky and probably somewhat dangerous trip. But I’ve known for my entire life that I need to go to Auschwitz. Both of my grandmothers survived it … I need to go there.”
Daniela will also visit Transylvania and Hungary, where her ancestors are from.
To learn more about Daniela, connect with her at her website danielamolnar.com or email hello@danielamolnar.com.