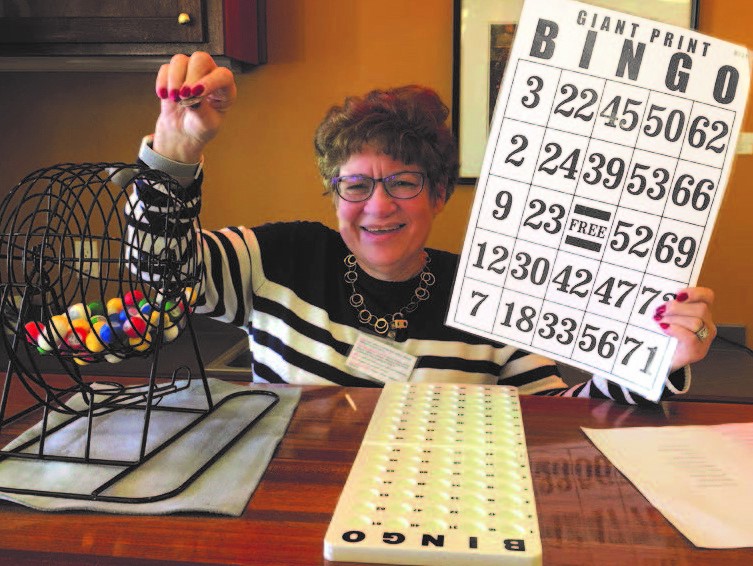 Ever since she was an infant, Cedar Sinai Park/Robison Jewish Health Center (or the Home, as it is fondly called) has been a second home for Barbie Enkelis, 71.
Her mom and dad, Velma Zelda (Cissi) and Milt Carl, z”l, used to bring her to the Robison Home to visit her grandparents, Gussie and Nate Carl, z”l. Home lore has it that residents would rock little Barbie when she visited.
“She was a good girl,” says Harold Schnitzer Center for Living resident Joeen Rodinsky, whose family were friends with Barbie’s family. “Her family were lovely people.”
Now after 28 years as an employee at Cedar Sinai Park, Barbie plans to retire Aug. 25, the anniversary of her father’s death.
“It’s going to be very hard to walk away,” says Barbie. “I know it will be a tearjerker.”
Cedar Sinai Park is definitely a family affair for Barbie.
As Barbie grew up, her dad joined the Robison Home board (president in 1982 and 1983) with friends Henry Blauer and Leonard Barde. Milt was instrumental in the fundraising for the construction of Rose Schnitzer Manor for independent and assisted living. Barbie’s sister, Pam, and her brother-in-law, Stan Rotenberg, were also deeply involved. Stan was president in 1987 and 1988.
“And then my dad talked me into working here,” says Barbie, whose first day was in 1993.
As an employee, Barbie regularly walks the hallways named for her father and his friends. “Everywhere I go, I see my dad,” she says.
Her husband Mike’s aunt and uncle, Lois and Marvin Enkelis, were briefly at the Home in 2006 and 2009, respectively, and Mike’s grandmother, Rose Shnitka, was in memory care in the early 1980s. Mike and Barbie’s son, Gary, volunteered at
Robison and Rose Schnitzer Manor. Cissi stayed in the Home after surgery in 2010. Milt’s sister, Eva Walleston, lived at Rose Schnitzer in 2012. Stan’s mother, Vivian, lived in memory care in the late 1990s, and his father, Lou, was at Rose Schnitzer Manor in early 2000. And current chief executive officer Kimberly Fuson is Barbie’s cousin.
Barbie often wheels one relative to an activity at Harold Schnitzer Center for Living. Another resident whom she often escorts to the Goodman Living Room for recreation is Barbie’s southeast Portland neighbor, who attended high school with her.
Some of the residents now living at Cedar Sinai Park are either related to Barbie or knew her family members. “A few are like my parents – they still tell me what to do,” she says, laughing.
Remembering everyone’s birthday is one of Barbie’s trademark traits. On a recent visit to the executive offices of Cedar Sinai Park, Barbie rapidly (and accurately) rattled off the birthdays of everyone in the offices.
“I like numbers – I don’t know how I remember,” says Barbie with a laugh. “My mom used to say she wishes I would remember other things like to go home on time.”
“Barbie is an institution,” says Community Life Director Jennifer Felberg. “She practically lives here. We love Barbie and we have to share her with her own family, so we tell her to go home.”
For more than 28 years, Barbie has commemorated the birthdays of employees as the nonprofit’s Simcha Coordinator. She also remembers the room numbers in which people have lived, stayed or worked. And she memorizes license plates, so when a car is parked illegally, Barbie is the one to find.
Over the years, Barbie has worked in Life Enrichment (previously activities) and as a receptionist. But her favorite activity remains Bingo, a game she only picked up in her 40s as a Cedar Sinai Park employee.
“I love Bingo,” says Barbie, who often sports a Bingo mask and had the B-I-N-G-O song as a cell phone ringtone. “I’m going to miss it, especially when I know a Bingo Day is coming.”
During Covid, Barbie worked from home, but would walk to the Home and peek in the windows to see what was happening because she was “going crazy” not being here.
“Every community needs someone like Barbie,” says Kimberly. “She is our heart and soul.”
In her new free time, Barbie says Mike wants to travel, perhaps a cruise. She intends to go shopping more. But she’ll be close by.
Longtime volunteer Charles Jagger has known Barbie for more than 20 years. “I would think that we will have Barbie go on outings, and she will probably be volunteering when the residents visit restaurants. I have a feeling she will be back occasionally.”
Barbie says she hopes to volunteer as a Bingo caller.
“I have three homes on this street,” says Barbie. “My home is number one, the Harold Schnitzer Center for Living/Robison Jewish Health Center is number two, Rose Schnitzer Manor is number three – it’s time to go to home number one now.”