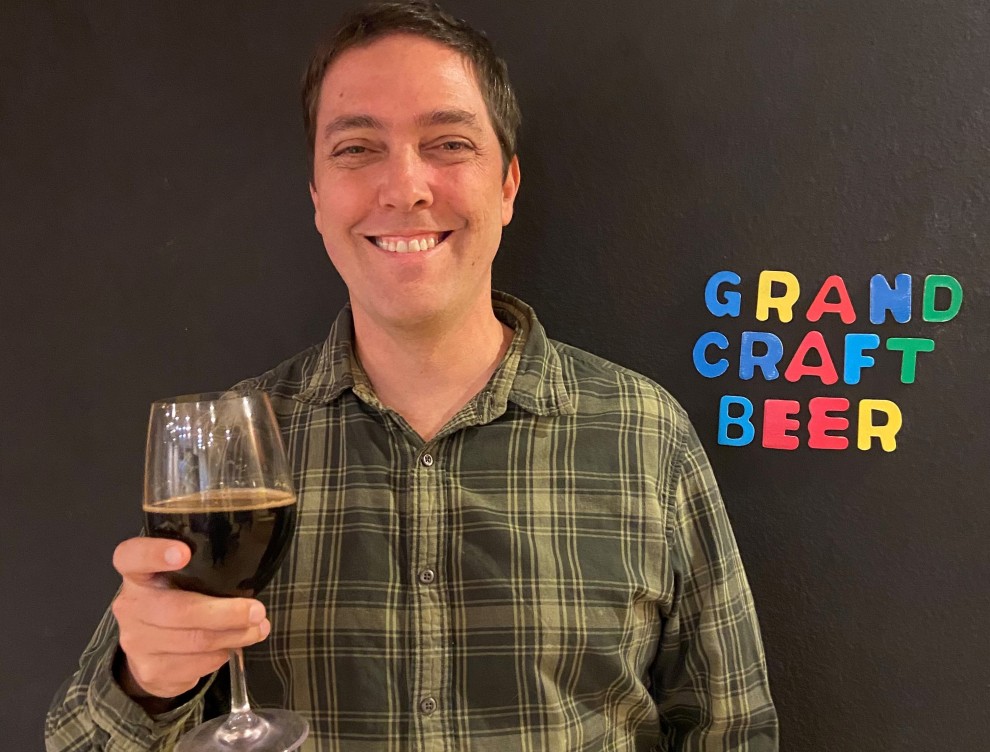 PHOTO: Brian Yaeger, author of Red, White, and Brew: An American Beer Odyssey and Oregon Breweries will be one of three panelists on an MJCC Business Zoom May 20.

The Business of Beer in Oregon will be the topic of the Mittleman Jewish Community Center’s upcoming PDX Business Zoom to be held Thursday, May 20, 2021, at noon. Started as a quarterly Business Breakfast, the MJCC has moved to a monthly Zoom format to increase opportunities for connection in the community.

Sonia Marie Leikam of Leikam Brewing will moderate. The panel will feature Breakside Brewery Founder Ben Edmunds, Oregon Brewers Guild Executive Director Christina La Rue and Brian Yaeger, author of Oregon Breweries and Red, White and Brew.
Sonia Marie Leikam is a versatile professional who brings a deep understanding of nonprofit operations, systems, programs and fundraising to the table. She works at the Oregon Jewish Community Foundation, where she directs the Oregon Jewish Community Youth Foundation, facilitates philanthropic opportunities for young Jewish professionals, and manages the scholarship and grant programs. She and her husband also own Leikam Brewing, a Kosher craft brewery. In that capacity, she serves on the board of the Oregon Brewers Guild and the Pink Boots Society, an organization empowering women in the beer industry.
Ben Edmunds is the brew master at Breakside Brewery in Portland. where he oversees the company’s production brewery and two pub breweries. As founding brewer of Breakside, he helped grow the company from a small brewpub into a successful 30,000-barrel regional brewery. Under Ben’s leadership, Breakside has won many medals at national and international competitions, including eight World Beer Cup awards and 17 Great American Beer Festival medals since 2011. Educated at the Siebel Institute and Yale University, he is a former president and current board member of the Oregon Brewers Guild, a judge at the Great American Beer Festival and World Beer Cup, and a founder of the Oregon Beer Awards. He often speaks on the topics of American hoppy beers, sour beers, brewery leadership and management, and barrel-aging.
Christina LaRue, executive director of the Oregon Brewers Guild since 2019, has long been a fixture in the state’s craft beer scene. She started her career in 2005 as the production assistant for Deschutes Brewery. Over the past 15 years, she has worked in high-level positions at Worthy Brewing and Crux Fermentation Project, as well as serving as the event coordinator for the Master Brewers Association of the Americas District NW chapter. She is a sensory-trained beer judge, evaluating submissions to prestigious competitions such as the Great American Beer Festival and the Oregon Beer Awards.
Brian Yaeger earned a master’s of professional writing with a thesis on beer. He visited breweries around America, leading to his first book, Red, White, and Brew: An American Beer Odyssey. The author’s second book, Oregon Breweries, saw Yaeger visit every brewery in our state, an accomplishment known as Beervana. On his way to visiting a thousand breweries worldwide, he also contributed to The Oxford Companion to Beer. As a certified cicerone and certified cider professional, his beer and cider writings have appeared in scores of local and national publications.
This event is free with a suggested donation of $18. Sponsorships are available. To register for this business Zoom or for more information, visit: www.oregonjcc.org/pdxbiz. For more information on the MJCC or its PDX Business Zoom series, contact Saul Korin, MJCC director of donor engagement and philanthropy, at skorin@pjaproud.org or call 503-244-0111.