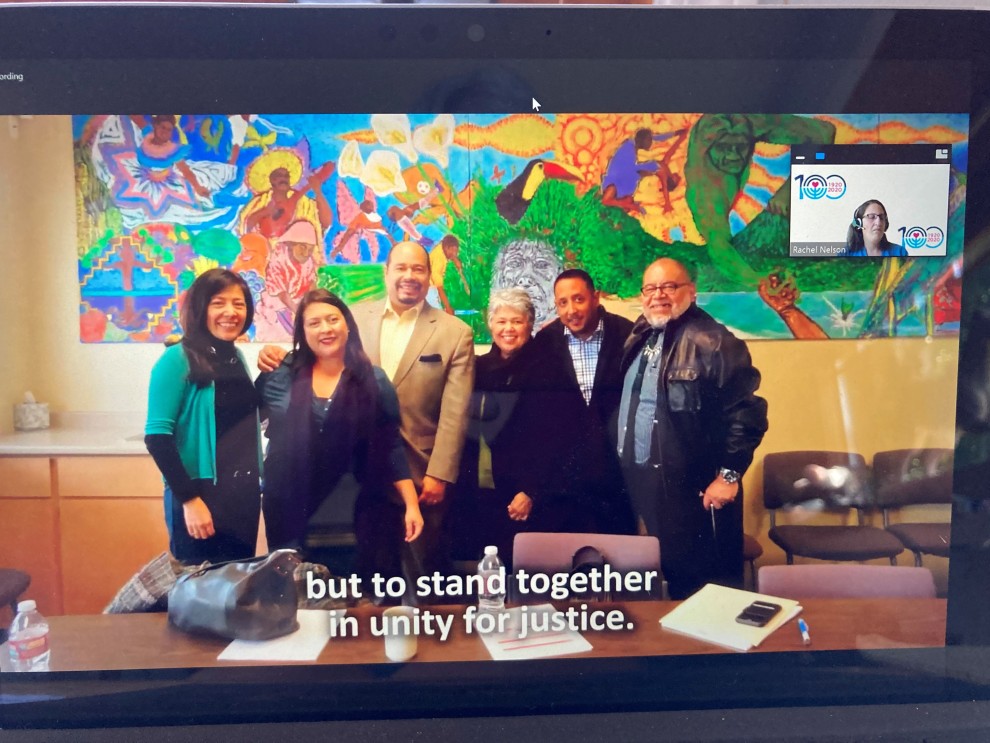 PHOTO: WEEKLY WEDNESDAY: During the final Weekly Wednesday update until August, Carmen Rubio showed a video highlighting the work of the Latino Network, latnet.org, which she has led since 2009. She also spoke about her new role as a Portland City Council member, which will begin in January. 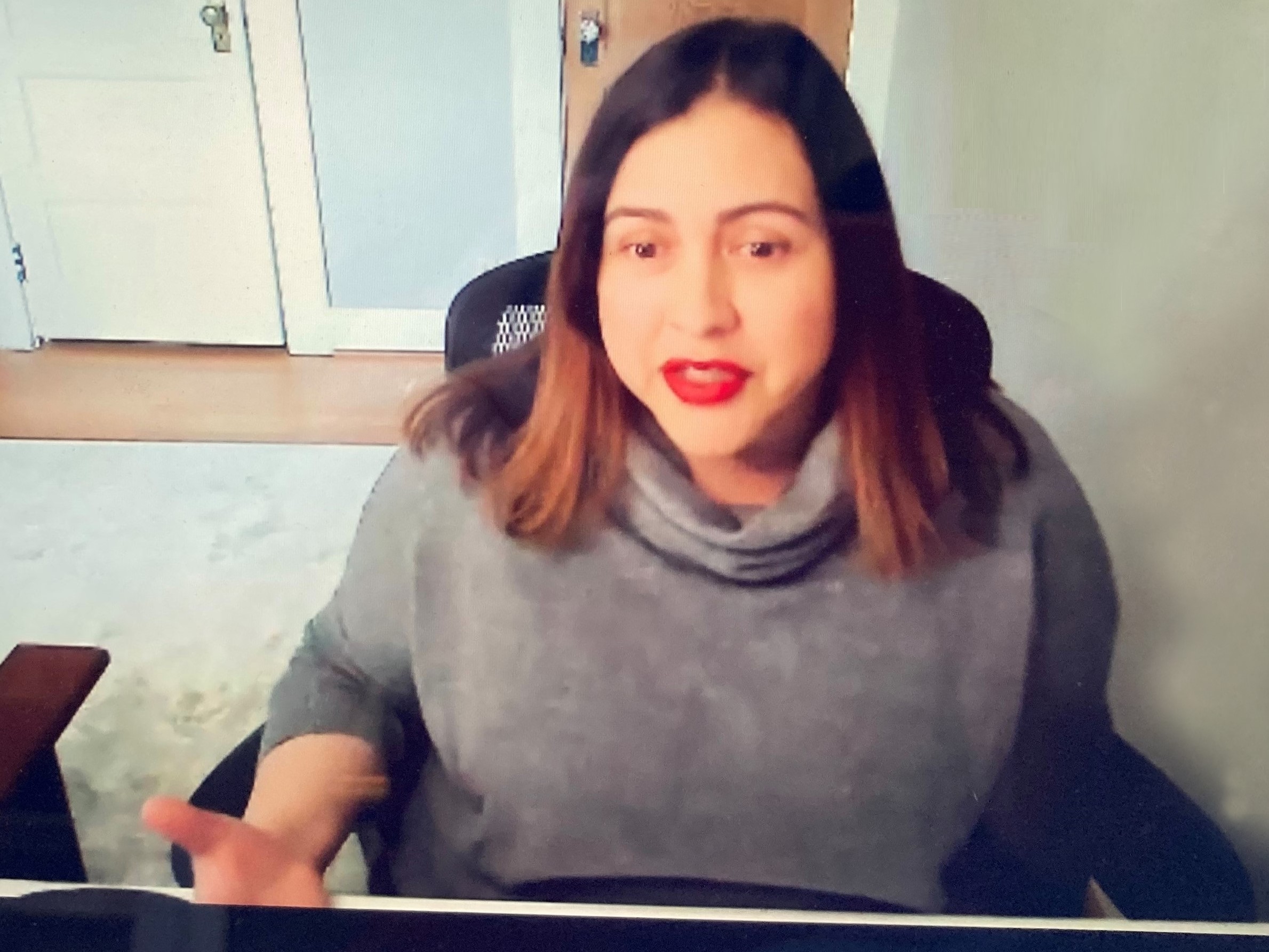 “I’m grateful for the partnership with the Jewish Federation (of Greater Portland) and the recognition we have things to share and offer each other,” said Carmen Rubio at the July 8 Weekly Wednesday Update on Zoom.
Rubio has been the executive director of the Latino Network since 2009, growing the group from a staff of 22 to more than 120. In January she will take her seat as a Portland City Council Member. On July 8 she spoke about both of those roles with questions from JFGP Director of Intergroup Outreach Rachel Nelson, who has known Rubio for three years while organizing Jewish Latino Dialogue Groups, and from Federation’s Community Relations Director Bob Horenstein, who asked about her goals in city government. Weekly Wednesday is now on hiatus until the end of summer.

“Working in coalition is the only way we know,” said Rubio of the Latino Network’s collaborations with numerous minority and immigrant groups. “In Portland we don’t have the numbers (of Latinos) in other states, so working in coalition is the way we need to work in Oregon.”
After telling Rubio that the Federation’s Jewish Community Relations Council supported DACA and immigration reform, Bob asked her where she thinks the two communities can best collaborate.
At the local level, Rubio said, “We have so many experiences and histories and cultural celebrations we can bring to each other … The potential is yet to be determined.” Rubio said she hopes the JCRC will continue its strong support of a pathway to citizenship for DACA recipients and other immigrants.
The Latino Network focuses on family stability and safety net support as well as promoting culturally specific early childhood learning and student success in K-12. In terms of advocacy, they promote social justice and racial justice to help ensure communities aren’t left behind.
She hopes to continue that work on the city council, which she said is “100 percent in alignment around the need to address the root causes of homelessness.”
Asked about her view of defunding police as an incoming council member, Rubio said she sees the current climate as an opportunity “to shift from an overreliance on policing and to reinvest in communities and get at the root causes of systemic racism.”
“You can’t leave out whole communities of people,” she said. “There are gaps and disparities in education, and we need to work together to close those gaps.”
Rubio also spoke about the structure of the city government.
“I am on record supporting change for our form of government,” she said. “I believe a 'city council/manager form' would provide more program integration, better satisfaction for the city workforce and … (help) residents navigate through different bureaus.”
Bob and Rachel plan to meet with Rubio later this month to discuss ways to continue expanding the collaboration between the communities.
See the full program at jewishportland.org/weeklywednesday, where recordings of all the Weekly Wednesday Updates are posted.