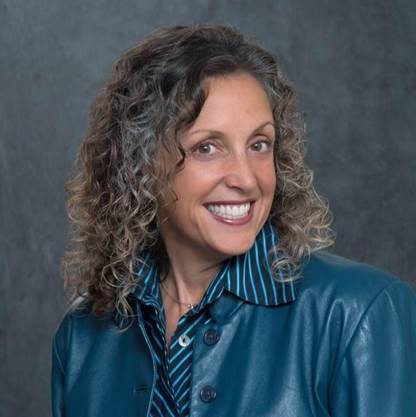 Portland native and Cedar Sinai Park veteran Kimberly Fuson was named chief executive officer of CSP on March 1.
She had served as interim CEO since Aug. 6, 2019. Previously she worked at CSP beginning in 2001 as Robison Administrator and rising to chief operating officer before her departure in 2013 to take the same position in San Diego at Seacrest Village Retirement Community.
“I had the opportunity to deepen and broaden my experience with another Jewish agency,” says Fuson, noting Seacrest was part of the San Diego Hebrew Homes.
From there she moved to Hawaii to serve as senior director, long term care and critical access at Maui Health System, Kaiser’s first not-for-profit critical access hospital.
When her grandmother’s husband died, Fuson moved to Las Vegas, Nev., to take care of her 99-year-old grandmother. She cared for and “played with” her grandma until she died shortly before her 101st birthday.
“She was my ‘why’ for what I have done for the past 30 years,” says Fuson. “For me, it was incredible to be able to be with her for the last one and a half years of her life.”
When Fuson arrived in Las Vegas, her grandmother’s life involved going from one doctor’s appointment to another. “We stopped a lot of unnecessary stuff and replaced it with parks, shopping ... fun. She got better because she got a little bit of joy.”
“That is who I am as a human being, and that is what we are doing here (CSP),” says Fuson.
“I intended to take a year off following the death of my grandmother, but the opportunity to serve as interim CEO deeply touched my spirit,” she adds.
CSP, which was founded in 1920 as Jewish Old People’s Home, now provides assisted living, post-acute rehab, in-home care, adult day services, small-group households for long-term care, and affordable housing with services for people with low incomes or special needs.
Since her August arrival, Fuson has spent much of her time listening to the community’s love for the institution she returned to lead. She has filled key openings including building service director, Rose Schnitzer Manor administrator and development director. She returned Robison to self-management, after that facility’s management was contracted out last year. Over the next two years, with the help of staff, volunteers and trustees, she expects things to continue to improve.
“As we launch into the next hundred years, we are going to bring back the heart and soul, the care and services, the community has come to know and love,” says Fuson. “Through the lens of honor and respect and the Fifth Commandment, our staff will provide gemilut hasadim (giving of loving-kindness). It is about benevolence, like what I did with my grandma.”
Fuson wants to continue to listen to the community’s input and invites people to call her at 503-535-4413.