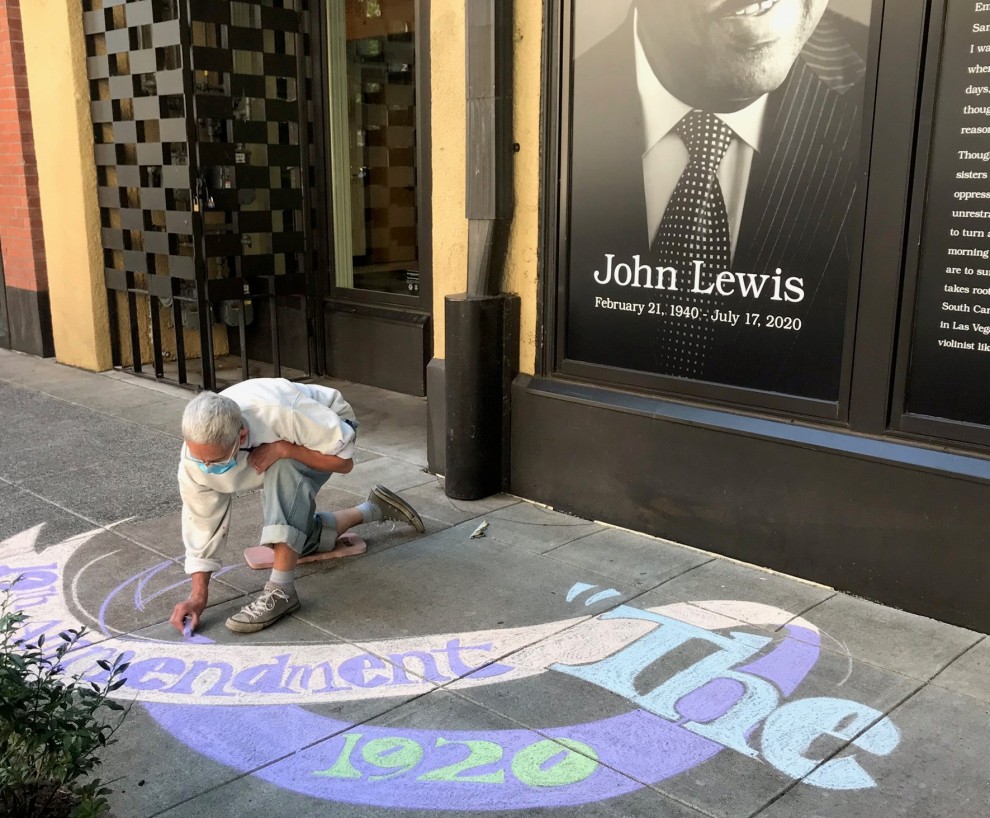 PHOTO: Chalk artist and social activist Nancy Hiss chalked the title and outlined the words of the 19th Amendment on the sidewalk in front of the Oregon Jewish Museum and Center for Holocaust Education.

To mark the 100th anniversary of the ratification of the 19th Amendment on Aug. 26, the Oregon Jewish Museum and Center for Holocaust Education joined a statewide DIY campaign to celebrate voters’ rights. Staff and volunteers gathered on the sidewalk outside the museum to fill in the text of the 19th Amendment: “The right of citizens of the United States to vote shall not be denied or abridged by the United States or by any State on account of sex.”
Chalk artist and social activist Nancy Hiss outlined the words and created a chalk portrait of Portland Jewish suffragist Josephine Hirsch.
Chalk the Vote is part of OJMCHE’s ongoing work to activate the exterior portions of the museum, which includes a window exhibition Wall Sculptures, by Mel Katz, panels from a core exhibition, Discrimination and Resistance, An Oregon Primer, curated by Jan Dilg, and a window exhibit honoring the late John Lewis.
The Chalk the Vote project is sponsored by the Oregon Historical Society and the Oregon Women’s History Consortium.

BELOW: The chalked amendment seen from the roof of OJMCHE.