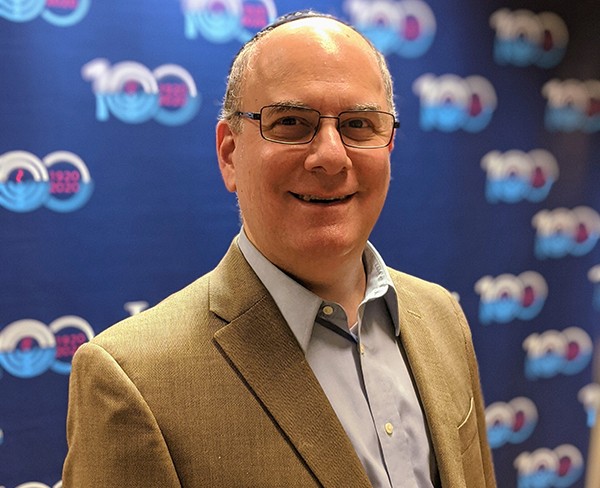 Winter is coming. The sun is setting earlier. The days are drearier. Blue skies are becoming a commodity. Add in pandemic-induced social isolation. To navigate the coming months, we need antidotes of self-care and relational connections.
During Halloween weekend, I was browsing through Netflix, looking for an escape. After 15 minutes, I struck gold. I found the documentary, “The Bill Murray Stories: Life Lessons Learned from a Mythical Man.”
You may be wondering: Why would a chaplain be praising a random documentary by an aging comic with roots in the original cast of “Saturday Night Live?” My answer? Bill Murray is much more than an improvisational comic.
I am taking a leap of faith that most Jewish Review’s readers are aware of Bill Murray. From his early days in the Chicago improv group Second City to his recent dramatic roles, he has been in 67 films. The variety of his roles has been astounding, from the silly (“Garfield”) to the serious (“Lost in Translation”).
Whether you are only vaguely familiar with Murray or a dedicated fan, I recommend you watch “The Bill Murray Stories.”
The documentary addresses the urban legend that Murray shows up at random moments in people’s lives, from a house party to a wedding photo shoot, from mixing drinks at a dive bar to a neighborhood kickball game. He arrives suddenly, connects with others and quickly departs. The result is a meaningful, relational experience that lingers through the power of memory.
If you want to understand what it means to be mindful, check out this documentary. Bill Murray is a master of being in the moment, connecting with others and creating positive, altruistic experiences. He shows us how we can stop dwelling in the past, resist the urge to worry about the future, and for a few precious minutes or even hours, exist in the present, connected with others.
Some of you may be wondering, what’s “Jewish” about Bill Murray, mindfulness and living in the moment? Plenty.
We have a rich story tradition of Elijah the prophet appearing at random households during Shabbat, most often as a traveler needing shelter. He arrives. We welcome him in. We share a meal where the food tastes better and sing songs that are more spirited than usual. And then, the visitor is gone. Those in attendance wonder what happened. They know that they just experienced something transcendent. They cannot exactly articulate it, but they never forget it.
We also have the adventures of Jacob. As a youth, he traveled alone to be with his Uncle Laban. He stopped at a random place to get some rest. That night, he dreamed of a ladder connecting earth to heaven, witnessed angels and experienced God. When he awoke, shaken, he said, “How awesome is this place! This is none other than the abode of God, and that is the gateway to heaven” (Genesis 28: 17). Jacob teaches us that anywhere can be transcendent; we have the ability to be present and connect heaven and earth.
I invite you to watch “The Bill Murray Stories: Life Lessons Learned from a Mythical Man.” He offers us the mindfulness antidote for the stresses, worries, strains and anxieties that await us in the coming months.
Whatever negativity awaits us, just remember his lesson: “It just doesn’t matter. It just doesn’t matter. It just doesn’t matter.” Through sacred connections of being in the moment, we can handle anything negative that comes our way.

Rabbi Barry Cohen is the Jewish Community Chaplain of the Greater Portland Area.