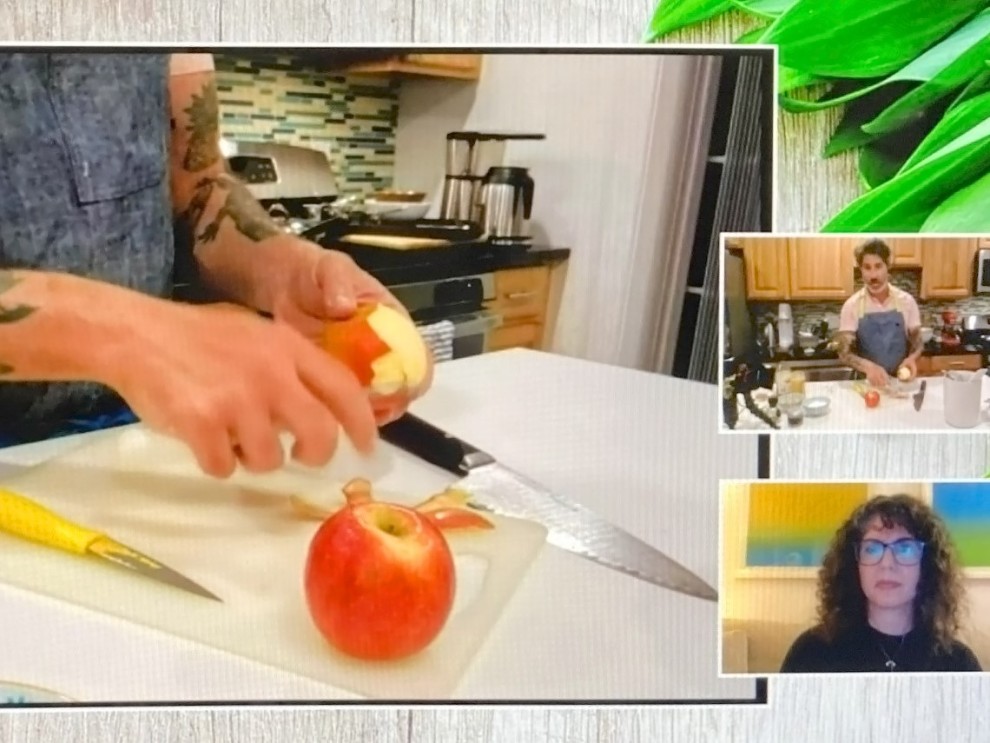 Three-time James Beard Award-winning chef Michael Solomonov cooked, joked and entertained thousands who Zoomed into the Rosh Hashanah cooking program cosponsored by 32 Federations nationally.
Michael is “a true mensch and outstanding chef,” said Marc Blattner, CEO and President of the Jewish Federation of Greater Portland, which orchestrated the free event.
Michael cooked two dishes – honey cake and tabbouleh – adapted from his Zahav cookbook and one that he developed for the evening. 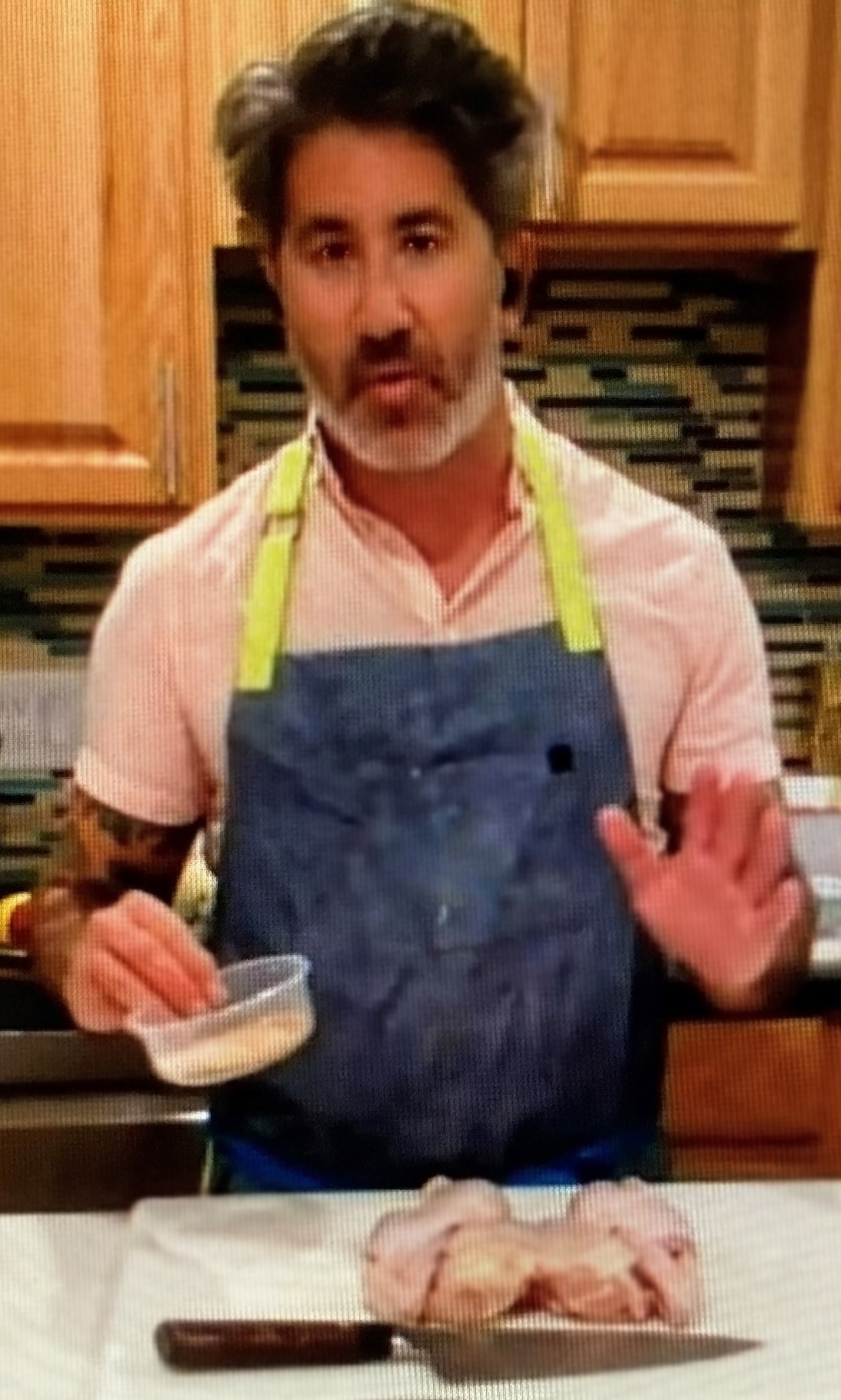 “The chicken was made specially for tonight,” said Michael as he demonstrated how to spatchcock the chicken so it would lay flat. He delightedly quipped it was a wonderful opportunity to say spatchcock (which is also known as butterflying).
He added the onion and honey-glazed chicken recipe was very flexible. He urged people to lay the spatchcocked chicken over whatever root vegetables they had on hand and to season the bird (he recommended kosher chicken even for non-kosher households) with spices they enjoyed.
Given the success, JFGP is organizing virtual Hanukkah and Passover cooking programs for Federations nationwide that will again feature the Philadelphia-based chef.  Registration information will be avialable before the Dec. 2 and March 16 programs.