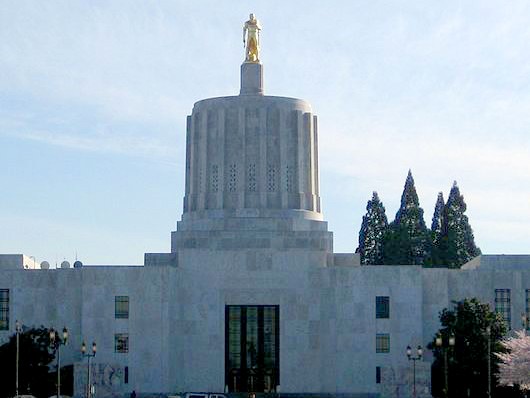 JFGP’s Jewish Community Relations Council develops and articulates consensus positions concerning matters of public importance on behalf of its constituency. It is the public affairs coordinating and advisory body for the organized Jewish community of NW Oregon and SW Washington.

The following State Budget Summary and Impact on JCRC Legislative Priorities was prepared July 27, 2020, by JCRC’s lobbyist George Okulitch.
As a result of the coronavirus pandemic and subsequent shutdown of the economy, Oregon faces a roughly $1-billion budget shortfall in the 2020-21 biennium and a possible $4.4-billion reduction in the 2021-2023 budget period. Given that Oregon’s General Fund dollars are primarily based on the income tax, it’s no surprise that the state has seen a significant drop in revenue. At its height in April, the state’s unemployment rate hit a record high of 14.2 percent, meaning that around 266,700 Oregonians lost their jobs in the first two months of the pandemic.
Given Oregon’s Constitutional mandate that requires balancing the budget every biennium, legislative leadership and the Governor’s office plan to convene a special session sometime in the near future (likely early August). There was some discussion about meeting earlier in the year, potentially right after the May economic forecast. However, leadership decided to wait until later in the summer in hopes that there would be additional federal dollars allocated directly to the states out of a Congressional relief package. It’s still unclear if or when that might happen.
Most recently, the Ways and Means Co-Chairs released a statement on principles that will guide their budget reductions for the special session. As it relates to priorities of the Jewish Community Relations Council, some highlights include:
Preserving programs in the Oregon Health Authority and the Department of Human Services due to increased federal matching dollars.
Maintaining current Oregon Health Plan (OHP) benefits and eligibility, non-Medicaid community mental health, and Public Health Modernization services.
Maintaining Oregon Project Independence services for both seniors and younger persons living with disabilities.
Holding harmless funding for Temporary Assistance for Needy Families (TANF) and the Employment-Related Day Care program.
Sustaining the 2019 session investment in grants to refugee settlement agencies and food-related initiatives.
Many of the cost savings and cuts will come from not filling vacant positions and not starting programs approved in the 2019 session. Also, while legislators will attempt to minimize cuts to the Oregon Health Authority and the Department of Human Services in the current biennium, the potential cuts in the 2021-23 budget cycle will be much worse (absent a sharp rebound of the economy). The JCRC should be prepared to advocate in support of these issues.