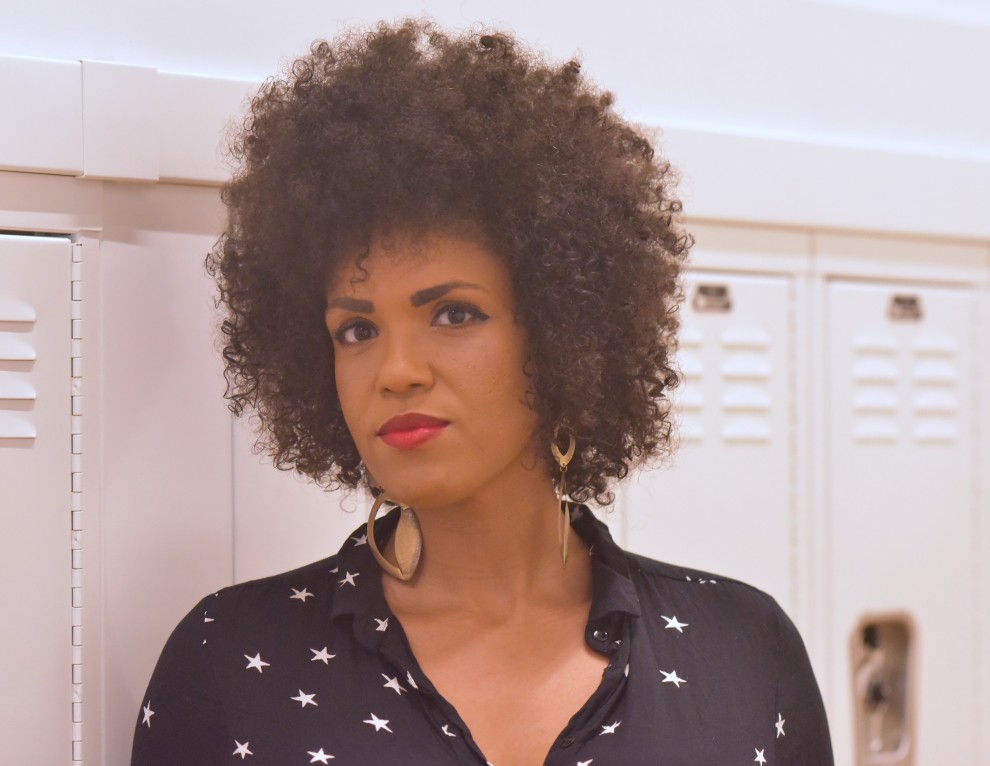 Photo: On Oct. 6, activist and author Walidah Imarisha will lead participants through the shameful history of anti-Black racism in the state of Oregon.

“Through our own bitter experiences of anti-Semitic hatred, we in the Jewish community have learned the inestimable importance of solidarity with others who are willing to make common cause in the fight against hate and prejudice in all its forms,” reads the concept statement on confronting hate from the Jewish Community Relations Council of the Jewish Federation of Greater Portland.
The programs created under this concept include a series of webinars (see below) followed by a summit to address the history of hate in Oregon and the future quest for racial justice.
“In this time of national and local reckoning with our country and state’s grim legacy of discrimination and systemic racism, the Jewish Community Relations Council is partnering with organizations in other minority communities to create a series of programs to confront hate,” says Bob Horenstein, JFGP director of community relations and public affairs.
“We are starting with webinars that focus on a shameful history of discrimination in Oregon that has been largely whitewashed in our high school history courses. It’s important to learn this history so that we understand how we arrived at the situation today.”
“Uncovering the Hidden History of Anti-Black Racism in Oregon” on Oct. 6 is the first in a series of webinars on the history of discrimination in Oregon. “The speaker, Walidah Imarisha, is a phenomenal activist and author and public speaker who will be taking us through the really shameful history of anti-Black racism in the state of Oregon,” says Bob, noting laws that excluded Blacks from settling in the territory and then state of Oregon, with the last law not repealed until 1926.
The webinar series continues with the history of anti-Native American discrimination in Oregon. Subsequent webinars will address discrimination against the Latinx, Pacific Islander, Asian and LGBQT communities and possibly other minority communities, as well as anti-Semitism in the state.
“It’s important to learn that history so we can figure out how best to deal with those current issues of systemic racism and hatred and anti-Semitism,” says Bob.
Next spring, a daylong summit on confronting hate will present strategies and resources for collective action against bigotry and hate. The Portland-based human rights organization Western States Center has agreed to cosponsor the webinars and the summit; WSC’s Executive Director Eric Ward will serve as a keynote speaker.
The JCRC’s concept statement notes: “We have been reminded almost daily that our communities of color, immigrants and LGBTQ persons, as well as many of our neighbors of various religious faiths, are frequent targets of vicious hatred. Nevertheless, we have also seen seeds of hope. We have witnessed an upsurge of people ready to stand in solidarity with those who are targets of discrimination and hate – people who are eager to listen, to learn and to take action to make Portland a place that truly protects the lives, well-being and dignity of all who live here.
The summit will be a collaborative effort by all the organizations that presented the webinars on the history of hate; however, the summit will focus on the present and the future. Keynote speakers and breakout session leaders will share their expertise, skills, resources and tools to help people translate their commitments to social justice and equity into effective social action.