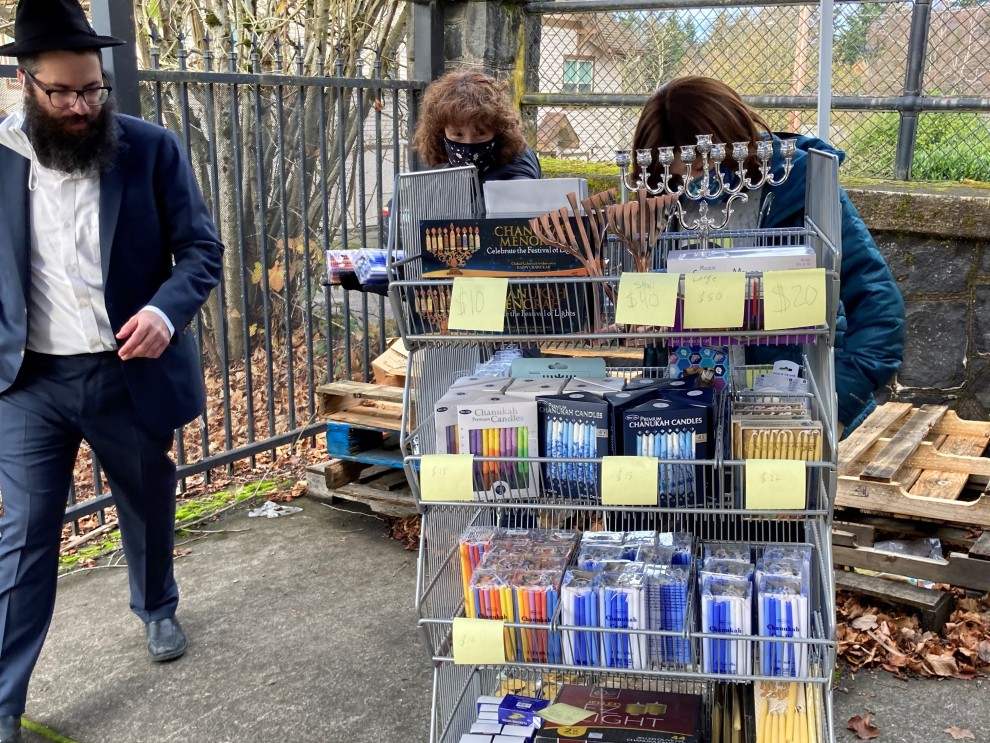 The Everything Jewish community engagement center reopened in a popup tent in front of the burned out Chabad Center before and during Chanukah. Rabbi Chayim Mishulovin was on hand to help people shopping for candles, menorahs or other Chanukah essentials.
The Chabad House on SW Vermont St. was destroyed by fire Aug. 19, just five days after a fire initially attributed to an electrical issue burned an attic office. The fire department has determined the second fire was human-caused. 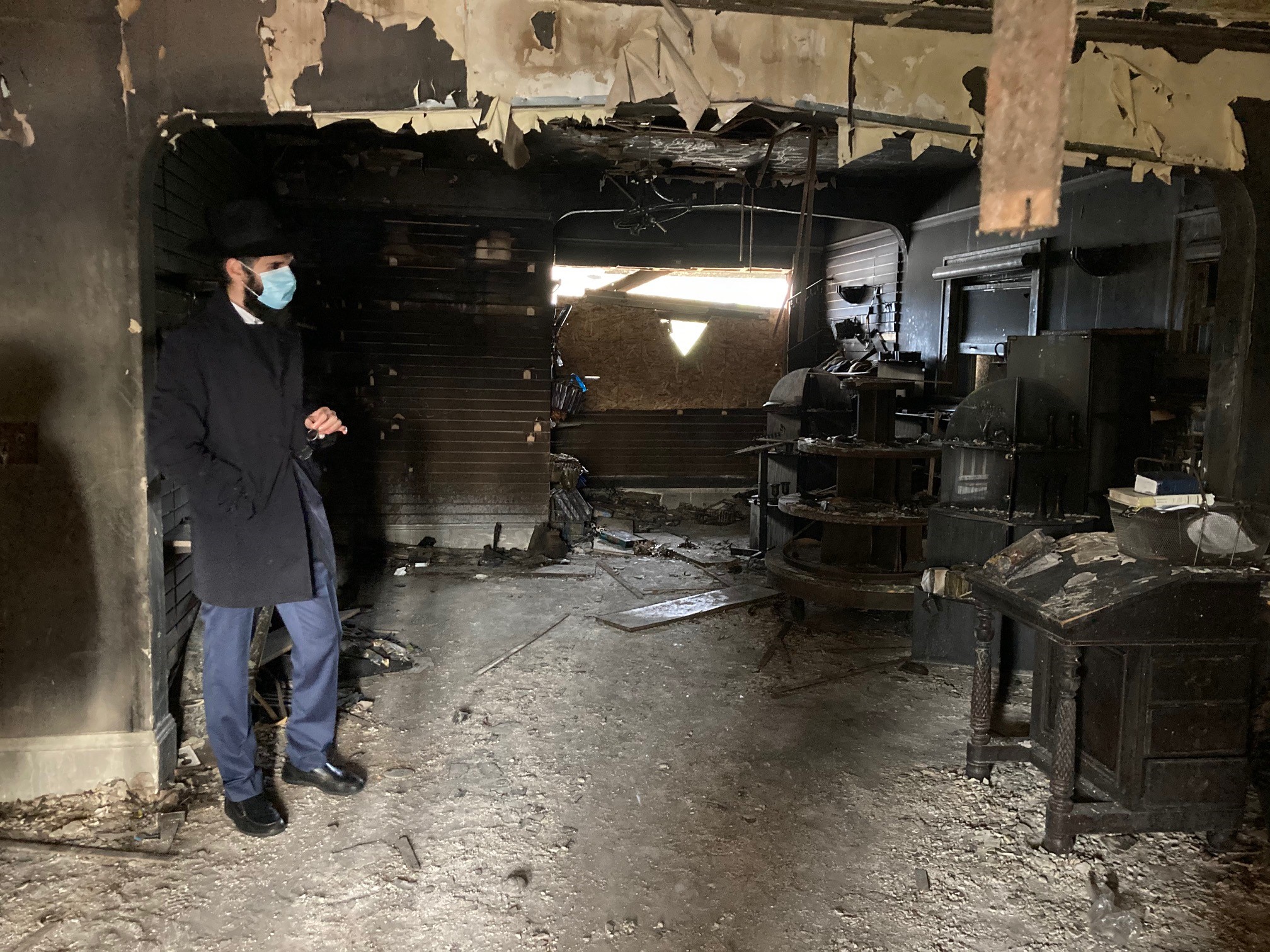 During a December tour for Jewish Federation of Greater Portland board members, Rabbi Motti Wilhelm said they may never know if the fire was caused intentionally and, if so, what the motivation was, or if an intruder built a small fire in the vacant building and it got out of control. The building, which had been largely unused during the COVID restrictions, was boarded up after the first fire.
JFGP board member Leslie Beard said it was overwhelming to walk in and see the devastation. “There’s nothing like seeing it first hand.”
“It smells like smoke, you can’t not have an emotional response,” said JFGP board member Sarah Rosenberg Brown. Noting she is a long-term fan of Chabad, she added, “Connecting different facets of the community is close to my heart. I hope from these ashes we can come together as a stronger community.”
Everything Jewish and Chabad plan to grow back stronger than ever to serve the needs of the local community.
For more information on plans, email Rabbi Mishulovin at rabbim@chabadoregon.com or visit the store's website at
EverythingJewishPortland.com