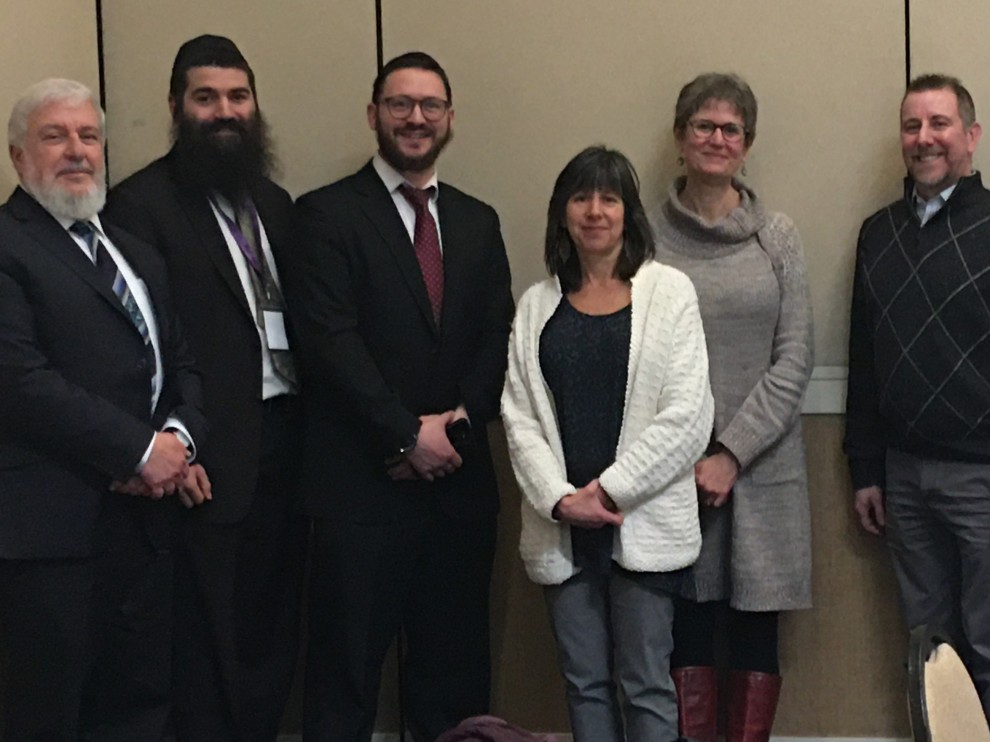 BY DEBORAH MOON
A local family fund, a national day school consortium and the Jewish Federation of Greater Portland joined forces to provide targeted funding to enable 15 students to attend Jewish day schools in Portland this year.
The 15 sponsored children in three schools have generated a total of $104,725 in revenue for the schools, according to a 2020-21 mid-year report from Rabbi Hillel Adler of the Consortium of Jewish Day Schools.
The Jerry and Helen Stern Grandchildren’s Fund of the Oregon Jewish Community Foundation initially provided $18,300 to provide a bridge to make tuition affordable for 11 students in the 2019-20 school year. Now the fund has awarded a third grant of $25,000  to again make day school an option for several families in the 2021-22 school year.
“Like last year, this grant is to serve as gap money outside of the school’s regular financial aid,” says Marc Blattner, president and CEO of the Jewish Federation of Greater Portland. “It is to be used as a ‘leverage tool’ in securing registration for select cases. The focus of this program is for those families choosing between a Jewish day school and a public school.”
Portland is the first city to support all the day schools in the community through this type of grant. Maayan Torah Day School, Maimonides Jewish Day School and Portland Jewish Academy all participate.
“I applaud all three schools for their willingness to work together to boost enrollment in Jewish day schools across the city,” says Jonathan Singer, who chairs the Stern Grandchildren’s Fund. “I’m blown away by how the schools are able to work together on this program.”
Rabbi Adler likewise praised the collaboration. “It’s such a beautiful thing being done … to help Jewish education in the city,” he says, adding CoJDS wants to “take the Portland model on the road.”
“In small communities, each extra student can make a big difference to a school, and the impact on a community is huge,” says Rabbi Adler, noting several studies show day school education plays a major role in long-term Jewish engagement. “The question is does this need to translate into an unreasonable burden for middle-class families?”
Families apply to the school of their choice and apply for financial aid from that school. After the school has made its scholarship commitment, school principals can apply to CoJDS for families who need additional financial aid to attend the school rather than a public school.
CoJDS will process the applications and make determinations as to how much each family will be awarded. They will base these decisions on their past experience administering such a program in other schools. JFGP then distributes the funds to the school. Neither CoJDS nor JFGP are compensated for their role; all grant funds go directly to the schools.
In 2016, CoJDS was founded as a national program to fund a targeted scholarship program aiding principals negotiating tuition for parents who were “on the fence” about choosing day school over public school for their children. Since then, CoJDS has provided 245 scholarships in 23 schools in North America.
“Our experience has shown that a scholarship between $1,000 and $2,000 can make the difference,” says Rabbi Adler.
That hope prompted the Stern grandchildren (and their spouses) to make the grants. Three of the grandchildren attended PJA, and some of the partners attended day schools in the communities where they grew up. Jonathan credits his brother, Binyamin, a rabbi in Israel, and Marc for facilitating the connection with CoJDS to develop the Portland program.
“The group was looking to catalyze new initiatives that would affect families and the future of Jewish life in Portland,” says Rabbi Binyamin Singer. “We had not heard of the Consortium program, which came to our attention after working on the grant.”
Though the program was created before COVID, “It is even more important now,” Jonathan says.
The CoJDS annual report quotes PJA Principal Merrill Hendin and Executive Director Steve Albert on that very topic: “While the cost of an independent school education is always a challenge for some families, the need this year has been greater than in the past due to the economic downturn associated with the coronavirus pandemic. … It has been a challenge to meet the financial needs of some of our families, and the availability to the Stern family funds has made a substantial difference to our community.”