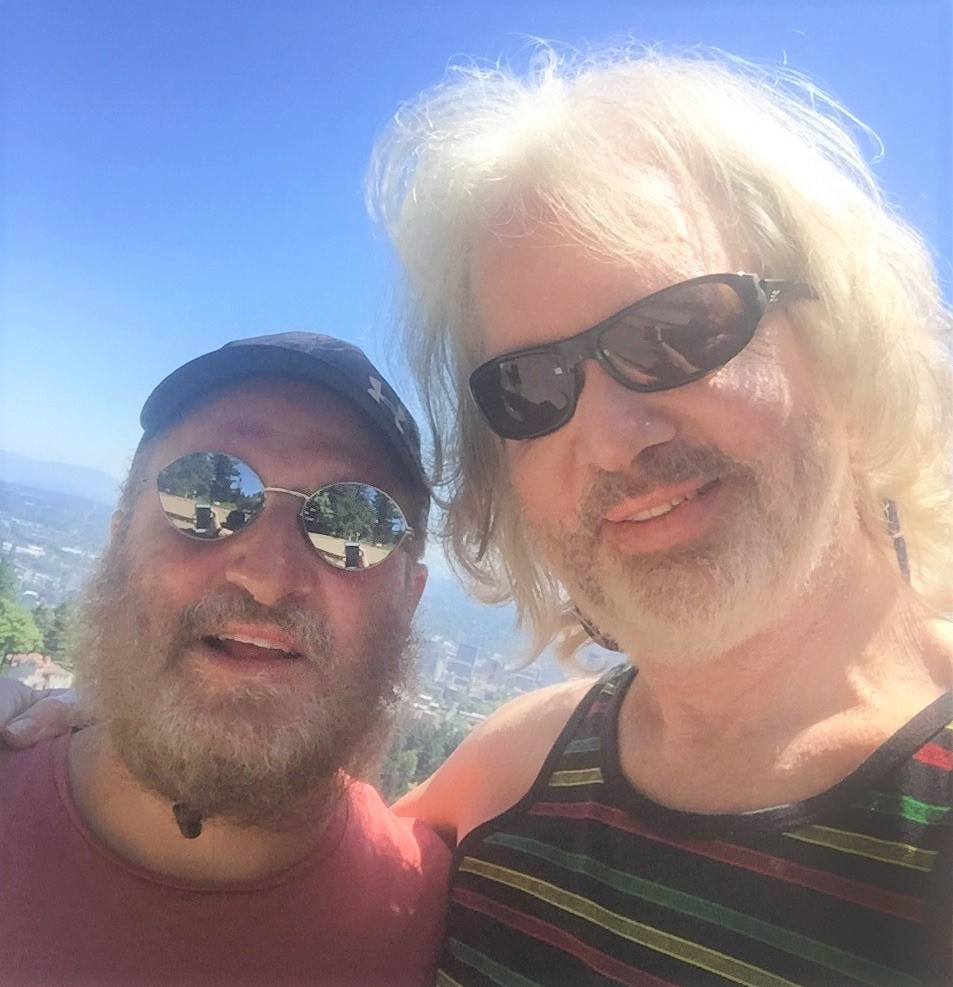 Jathan Janove is an author, columnist, executive coach and organization consultant who has worked with various leaders and organizations in the Greater Portland Jewish community. During this difficult time, Jathan has been interviewing people about their lives, values and priorities. He adapted his questions from Arthur Aron's 36 questions. Several of those interviews have been published on  theboymonk.com.
Jathan felt his interview with Rabbi Shmuley Boteach would be of particular interest to readers of the Jewish Review.

Rabbi Shmuley Boteach is a former client and current friend. He is the founder of the World Values Network and author of several bestselling books, including Kosher Sex. Recently, we caught up for a 10-question interview.
Given the choice of anyone, whom would you want as a dinner guest and what would you talk about?
Abraham Lincoln. I would ask him about the trials and challenges that he faced during the Civil War. How did he deal with generals who repeatedly let him down? How did he deal with the vicious criticism and attacks he received from every side including from within – “wounded in the house of one’s friends.”
I would want to know the role the Bible played in sustaining him, and why he felt preserving the Union was absolutely essential. I would also want to know how given the many sinful temptations for people in power, he resisted them, maintained his righteousness, and avoided corruption.
What’s something in your life for which you are grateful?
I thank G-d for my family, which I consider the highest blessing – my wife, children, grandchildren and extended family. I’m also grateful for my Jewish faith and possessing a Jewish worldview of life.
If the current you could provide real-time advice to a younger you, what would it be?
Take time. Pace yourself. Don’t be in such a rush.
What would you change about the way you were raised?
My parents would have found a way to stay together and not divorce. I think many of the books I’ve written and much of my work on marriage and relationships are the result of the trauma I experienced with my parents’ divorce.
What’s a treasured memory?
At my bar mitzvah, I had an opportunity for a private conversation with the Lubavitcher Rebbe Menachem Mendel Schneerson. In his office, I stared into his blue eyes that were filled with compassion. He gave me his blessing and exhorted me to be a source of light for others. I will be forever grateful to the Rebbe for this moment.
If you could say something to a deceased friend, relative or colleague, something unsaid during that person’s lifetime, what would it be?
It would be to my grandfather. He fought in the First World War and made a personal pilgrimage from Poland to the United States. Although he didn’t know it at the time, he saved us from the Holocaust.
I only knew him when he was very ill, and he died before my bar mitzvah. By all accounts, he was a remarkable man, a great man. If I had the opportunity, I would say “Grandfather, thank you.”
What’s an embarrassing moment in your life you’re willing to share?
After my book Kosher Sex became a bestseller, I was invited as a guest on a prominent Israeli talk show. Other guests included then candidate, and subsequently Prime Minister, Ehud Barak, and his wife. The host thought it would be funny to pepper them with sex-related questions from my book. When he asked the future Prime Minister and his wife if they were members of the “Mile High Club,” (sex on an airplane), they responded by laughing nervously and awkwardly.
I was so embarrassed, I wanted to disappear!
Your house, containing everything you own, catches fire. After saving your loved ones and pets, you have time to safely make a final dash. What would you grab?
I would grab as many Jewish holy books as I could carry, especially a Chumash (The Five Books of Moses) that was used by the Rebbe.
Is there something that you’ve dreamed of doing for a long time that you haven’t yet done?
I would like to travel to Antarctica. From pictures, I have admired its natural beauty. I’d love to experience it in person.
What do you find spiritual in life?
I find many things spiritual: Prayer, reading from the Torah Scroll during Sabbath services, spending time with my wife, children and grandchildren. I also find it very spiritual to visit the grave of the Rebbe.