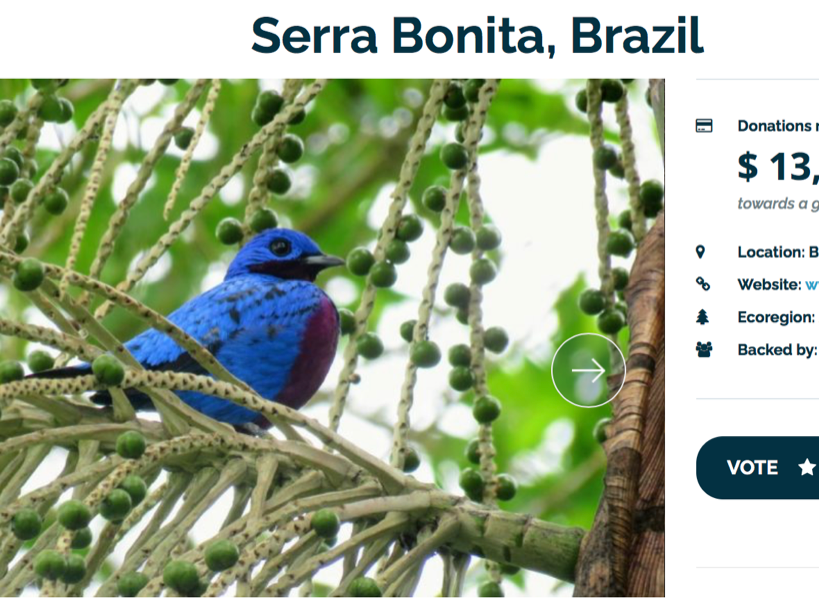 A program developed in Portland by an Israeli scientist is protecting biodiversity by buying threatened areas in hotspots around the world.
Uri Shanas, Ph.D., spent his 2014-15 sabbatical from the University of Haifa doing research at Portland State University. While in Portland, Uri created This is My Earth (TiME), an all-volunteer nonprofit that uses 100% of donations to purchase and protect land in Earth’s most biologically diverse areas.
“Well, TiME turned out to be a great success,” said Uri in a recent interview. “Now TiME has more than 5,000 members and has purchased and protected already four biodiversity hotspot areas around the world – two in the upper Amazon, one on an island in the Caribbean Sea and a forest in Colombia.”
Congregation Neveh Shalom Rabbi David Kosak met Uri when the Israeli presented an Israel360 program at the synagogue about an environmental project he had done in Israel on both sides of the green line.
The two have stayed in touch since Uri returned to Israel. And in 2018, Rabbi Kosak’s son, Shayah, chose TiME as his bar mitzvah project. He raised about $2,000, which went to saving animals and plants in the Amazon. Other b’nai mitzvah students, including Zohar from Sidney, Australia, and Jasmine from Herzelia, Israel, have followed Shayah’s example and made TiME their project, too.
“Through TiME, every kid and adult can be actively involved in protecting the most valuable lands on Earth,” says Uri.
This year, sites in Kenya and Brazil are waiting to be saved and protected for future generations. Everyone can donate as much as they want and then vote for their preferred land on the website.
TiME partners with local organizations to ensure land stays in the hands of indigenous people.
This year’s donations will be allocated (based on votes received) to Wildlife Clubs of Kenya to protect wildlife on Mount Longonot, where wildlife is threatened by agricultural expansion; Nature Kenya to purchase land in Dakatcha Woodland, a refuge for endangered species that has no formal protection status; and to expand Serra Bonita Reserve, located in Brazil’s most endangered biome, to save the four remaining primate species and other threatened wildlife.
Teachers in Israel use TiME’s education program to teach students from kindergarten to universities about nature, biology and ecology, as well as to enhance values such as democracy, equity and activism. Uri hopes to expand the education program to the United States and Canada in the near future. On June 29, the International Day of the Tropics, the kids in Israel will join TiME to raise funds for protecting the tropical forests.
Check the website for donations and more information: this-is-my-earth.org