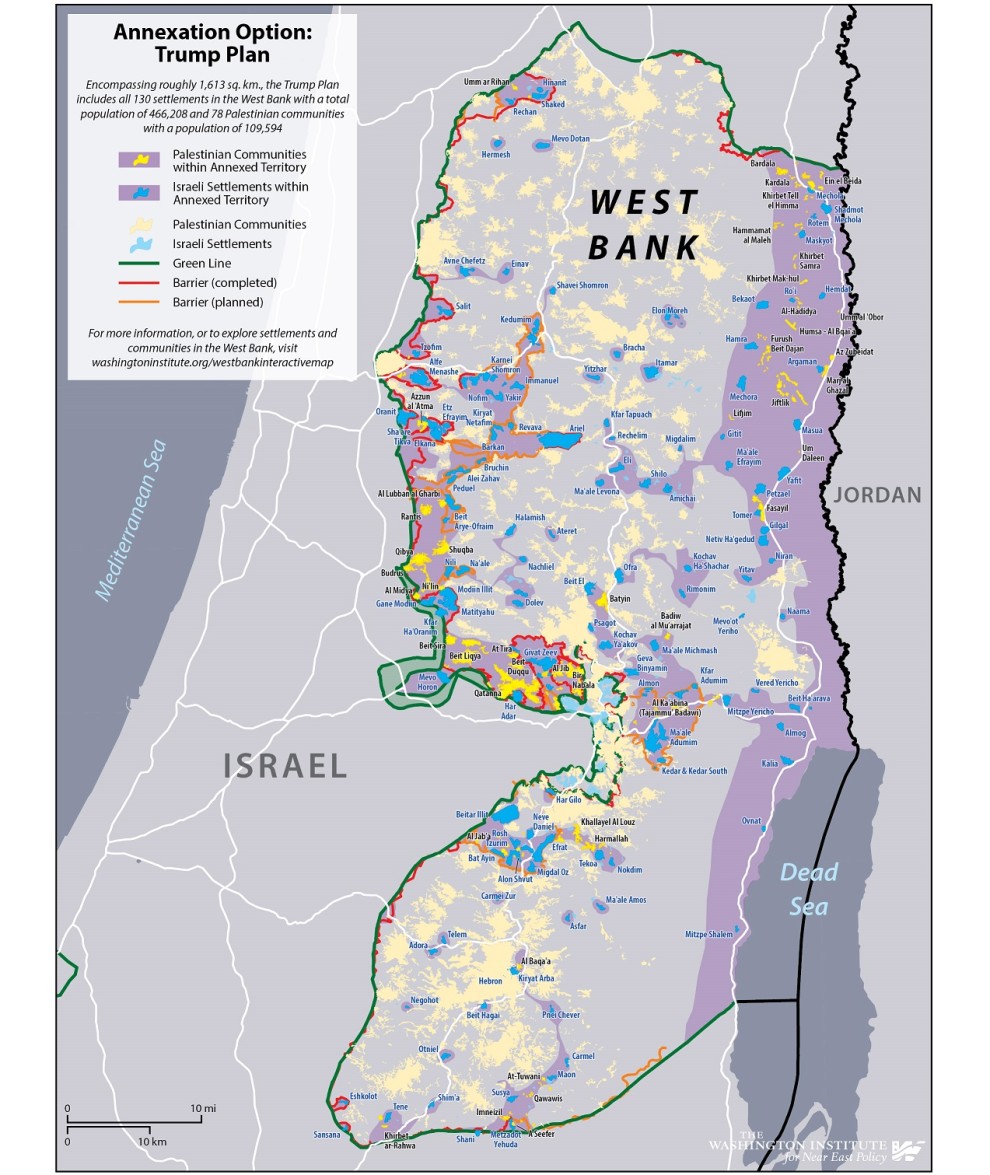 On June 22, the Jewish Federation of Greater Portland board voted unanimously to approve this statement on Israel’s potential annexation of portions of the West Bank.

“Our Jewish Community Relations Council has long been committed to building strong bipartisan support for Israel and the U.S.-Israel relationship, promoting a positive face of Israel in the greater community, and combating the assault on Israel’s legitimacy waged by the Boycott, Divestment and Sanctions (BDS) movement,” says JFGP Director of Community Relations and Public Affairs Bob Horenstein “A move by Israel to unilaterally annex or extend sovereignty to parts of the West Bank will undermine these important efforts, and the BDS movement will likely have far greater success in its campaign to isolate Israel diplomatically, economically and culturally. As a result, the Jewish Federation, through the JCRC, is issuing the following statement.”
Proposed actions in Israel of unilaterally annexing and/or extending Israeli sovereignty to parts of the West Bank could have deep consequences, including undermining efforts towards achieving a two-state solution and the creation of a future viable Palestinian state. It could also further damage the broad bipartisan support for Israel in the U.S., including among Members of Congress.
The Jewish Community Relations Council believes:
A two-state solution, achieved through direct bilateral negotiations conducted in a spirit of reconciliation and compromise, is the surest path to a permanent resolution of the Israeli-Palestinian conflict.
The two-state solution envisions two independent states—the Jewish and democratic state of Israel and a future demilitarized state of Palestine—living side-by-side in peace and security.
In present and reasonably foreseeable circumstances, unilateral actions undertaken by either side that change the status quo of the West Bank (e.g., a declaration of statehood by the Palestinians; the extension of sovereignty by Israel) are unhelpful and will only serve to extend the impasse.
Both the Israeli and Palestinian people have legitimate historical and religious claims to the land that comprises the West Bank (Judea and Samaria). However, it is unconstructive in the pursuit of peace for either side to insist on exercising their full claims to the territory (i.e., peace envisions an eventual territorial compromise).
The preservation of broad bipartisan support for Israel in the U.S. is vital for Israel’s well-being.