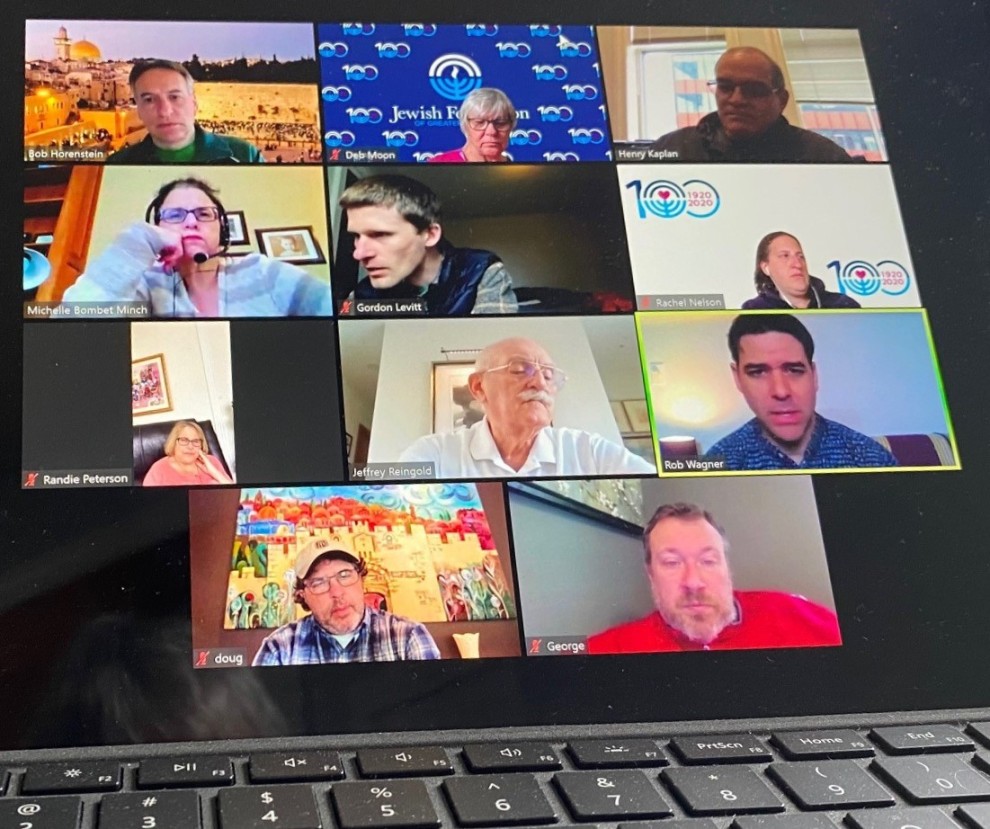 Portland’s Jewish Community Relations Council leadership has instituted check-ins with legislative leaders to update them on what the Jewish community is doing and to get updates on state action and issues around COVID-19.
In an April 21 Zoom meeting with state Senator Rob Wagner (boxed in photo), Community Relations Director Bob Horenstein shared information about the Jewish Federation of Greater Portland’s Crisis Campaign, grants from that campaign and Federation’s volunteer match program. Horenstein also shared the JCRC’s efforts to continue working with legislators and interfaith coalition partners.
Wagner said he was quite impressed with the Jewish community’s efforts to meet the needs of communal organizations and individuals.
Wagner told the group that state legislators have a daily corona call with the governor’s office to discuss resources and how to manage the flow of money to have the maximum impact. While federal funding is expected, how that money will be directed is still unknown.
“We can’t deficit spend,” said Wagner. “This hurts.”
Though the state has a “rainy day fund” and an “education stability fund,” Wagner says the funds will not be enough to meet the growing needs given the projected shortfall from lower income taxes resulting from the high rate of unemployment.
Once the state has a state economic forecast, Wagner said Gov. Kate Brown is expected to call a short special session of the legislature. Whether legislators will be able to meet and vote virtually is being explored. He said the session will focus on the state’s two-year budget, the language regarding federal pass-through funds, and  how much to dip into the rainy day and education funds.
“Two months ago we were looking at investments … in public K-12 education,” said Wagner. “Now we are preparing to furlough bus drivers, food service workers, school secretaries…”
“Nobody gets out of this; everyone is impacted,” he added.
The group also has met (virtually) with Rep. Andrea Salinas and plans to check in with more state legislators via Zoom in the coming weeks.