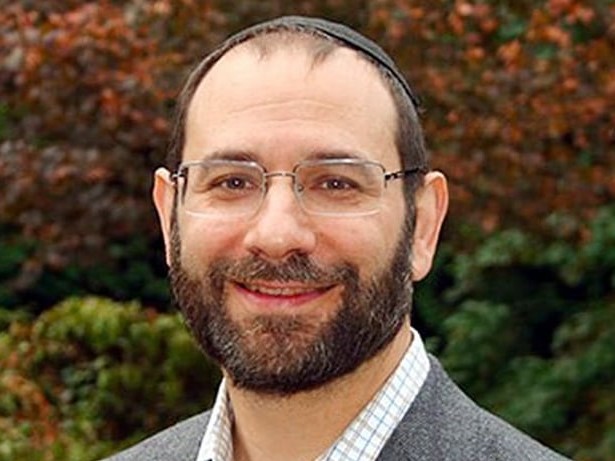 On Dec. 2, England approved the distribution of the Pfizer BioNTech vaccine against COVID-19, and the first batch of the vaccine was sent to the UK from Belgium. Earlier in the week, a colleague reached out because a congregant claimed Judaism does not permit people to take vaccines because they are (often) derived from animals, and therefore are not kosher. What did I think of this claim, my colleague wanted to know?
This person’s congregant was clearly misinformed about Jewish law as it applies to medicine and kashrut. This, therefore, seems an appropriate time to explain Judaism’s take on vaccines and the positive mitzvah to protect life. The goal of this column is to provide an overview as to why Judaism requires us to get vaccines.
Rabbi David Golinkin, one of the foremost living experts on Jewish law, issued a recent legal opinion on the subject (read the full opinion at schechter.edu/does-halakhah-require-vaccination). His decisions are examples of the best of Jewish thinking, in which all significant counter examples are brought forth. My conclusions are based on a careful reading of his perspectives and the Jewish sources he marshals. What follows is a summary of Golinkin’s conclusions.

Judaism and Medicine
Throughout the ages, countless Jews have chosen medicine as their career, perhaps because Judaism believes we are required by God to heal people. By contrast, some religions believe medicine goes against God’s will. Moreover, our tradition’s positive stance on medicine extends to providing life-saving medicine to someone who doesn’t want to receive treatment. (This is not the case for terminal illness, where treatment would extend suffering but not preserve life; but that’s a different topic).

Protecting the Health of the Body
During the current pandemic, many Jewish organizations have emphasized the Jewish value of pikuach nefesh, saving a life. So important is this value, that many prohibitions are suspended when confronted with the positive commandment to preserve life. Thus my colleague’s congregant’s concern about the kashrut of vaccines is irrelevant for this reason (and several others).
There is a famous statement in our tradition that saving a life is the same as saving a world. This is more than a lovely utterance about the preciousness of life; it has real world consequences in Judaism.

The Body is God’s and Sakkanat Nefesh (Danger to Life)
One challenging Jewish belief is that we don’t ‘own’ our body. That’s not exactly an American notion, but it entails obligations to take care of ourselves and to refrain from actions that might harm our bodies. Thus under halacha, if nine people were exposed to a given virus or illness and did not die, the tenth person still needs to get vaccinated, because the danger is real, and a low mortality or morbidity rate doesn’t exempt one from proper care.

Jews Don’t Rely on Miracles
There is a famous Talmudic story in which a person at a party is killed by a friend, and then God brings him back to life. The next year, when the manslaughterer invites him to attend the yearly party, the first individual refuses, saying “we don’t rely on miracles.” Judaism is a practical religion, and we understand that in almost all cases, the world follows scientific principles. We must rely on data and science. Thus, because it is clear COVID-19 causes death, we must inoculate ourselves when the vaccines become available.
As background, the smallpox vaccine was created in 1796; before that, 400,000 people a year died of smallpox; the disease has now been eradicated. The death rate from the smallpox vaccine comes out to about 0.7 per 100,000 individuals – a full order of magnitude safer than taking aspirin!
Over the past two centuries, vaccines have been proven to be extremely successful at saving lives. The minuscule death rate from vaccination pales in comparison and therefore can never be used in Judaism as justification for not getting vaccinated. In fact, not getting vaccinated is considered negligent by important Jewish experts. Getting inoculated has been standard halachic practice for the past two centuries, since the 1785 opinion by scholar Avraham ben Shlomo Nantzig. Rulings supporting vaccination span the Jewish world, from Ultra-Orthodox to Reform. A compelling body of Jewish legal experts declares that we can force people to be vaccinated, even against their will.
Our scientists, pharmaceutical companies and government agencies here and around the world have performed a herculean task in generating vaccines against COVID-19 in record time. Some will view the rapidity of development with suspicion and argue they should not have to be inoculated. Full scientific testing protocols have been implemented during vaccine development, and it is not such a novel process. Scientists already had viral vectors to safely deliver bits of the coronavirus genetics to host cells. The virus is also a relatively easy one to target, and previous research on SARS and MERS provided a leg up to researchers. Moreover, Chinese scientists released the full genetic sequence of the virus to the world very early, which allowed accelerated development.
I am not in a high-risk group, so likely won’t have an opportunity to receive the vaccine early on. But if I were, I would get it as soon as possible. Not only do I have an obligation to care for my own body, I am equally obligated to care for those around me.
Jews like to make the toast of “l’chayim,” to life. Sometimes we do so at a simcha event. This moment demands that we say l’chayim to the vaccines created by some of our most dedicated human minds, who have worked nonstop to protect us all. We owe them our profound thanks.
Rabbi David Kosak is senior rabbi at Congregation Neveh Shalom. This column first appeared in his Dec. 4 weekly email “Oasis Songs.”

Rabbi's Corner
The Rabbi's Corner is a space reserved for our community's rabbis to share their thoughts on the week's parsha or current events. The Oregon Board of Rabbis coordinates the project. Rabbis can schedule a date to submit a 500-word piece by contacting OBR President Rabbi Eve Posen at eposen@nevehshalom.org.