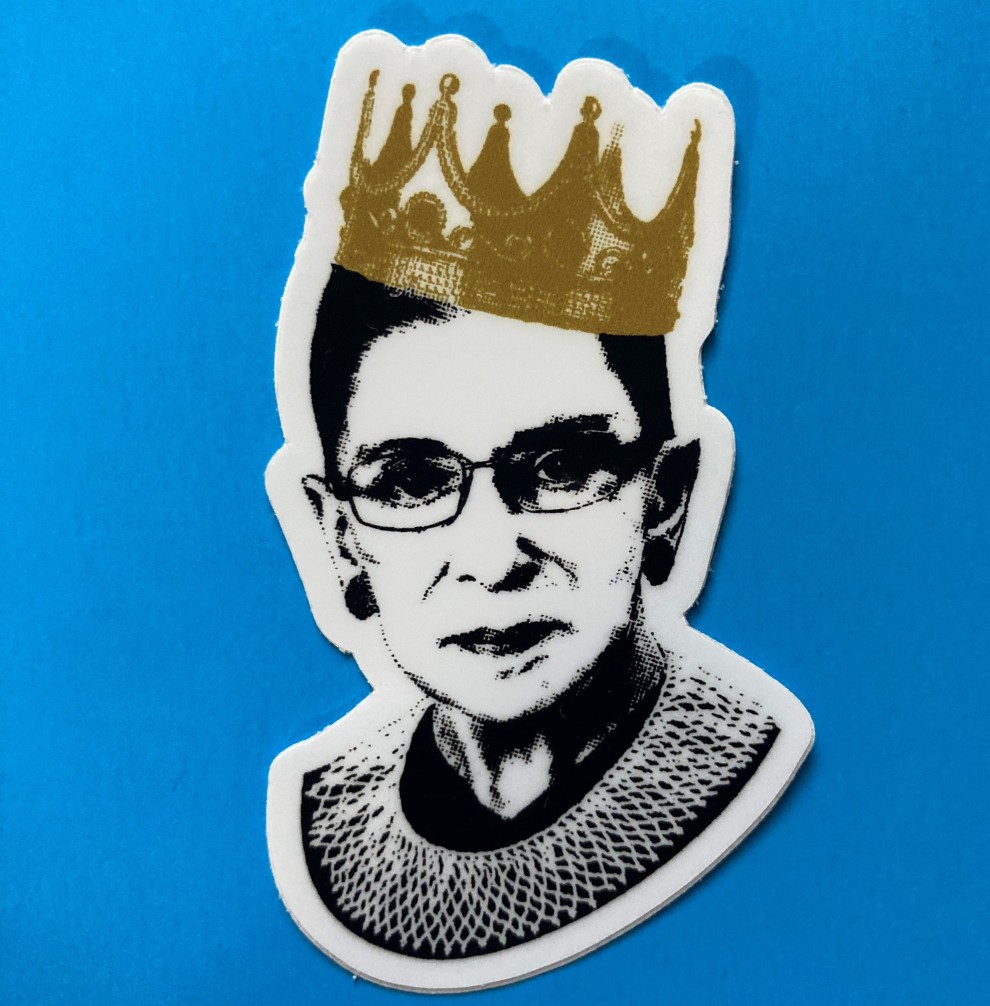 Social media and the internet have been buzzing about the fact that Justice Ruth Bader Ginsburg died on Sept. 18, 2020, just before Shabbat and Rosh Hashanah. As many of you may have already read, based on the timing, Jewish tradition teaches that this confirms Ginsburg was righteous, a tzadeket.
But what is the origin of this teaching? According to the Babylonian Talmud, humanity is sorted into three categories at the start of the High Holidays: the book of life, the book of death and those whose fate is yet to be determined. Related to this image, Rabbi Rick Jacobs, president of the Union for Reform Judaism, commented, “One of the themes of Rosh Hashanah suggests that very righteous people would die at the very end of the year because they were needed until the very end.”
In another Talmudic citation, we learn that if someone dies on the eve of Shabbat, it reveals that person must have been righteous.
Personally, I have always struggled with the idea of God opening up books during the High Holidays that seal our fate for the coming year. And to me, the date that someone dies does not reveal whether he or she was righteous.
Rather than using Jewish tradition to reverse engineer the righteousness of Justice Ginsburg, I would rather celebrate that, based on her legal career, she was already righteous.
Whether arguing before the Supreme Court or residing as the court’s first female Jewish justice, Ginsburg fought for women’s rights, reproductive rights, LGBTQ rights and voting rights. More broadly, she advocated for a more just society for everyone.
Justice Ginsburg had a unique ability to teach Supreme Court justices to empathize with those who are affected by the law. Rather than arguing that women deserve equal protection under the law, she challenged the predominantly male justices to imagine how it would feel to be denied rights they took for granted for no reason other than their gender.
Empathy is very difficult to teach. You must push people out of their comfort zone and then show them how to return. Ginsburg was a master of this technique.
But one of the ways Ginsburg created justice was through challenging the norms that relegated women to caregiving and men to conventionally working. She set the stage for both women and men to have more ways to pursue their passions in the economic arena. Part of her legacy concerns “the ability to perform your gender as you wish, whether that is women working outside the home, … men staying home and caring for children, men loving other men, women loving other women,” said Kathryn Stanchi, E.L. Cord Professor of Law at University of Nevada, Las Vegas.
Justice Ginsburg used the teaching, “justice, justice shall you pursue” (Deuteronomy 16:20). “Justice” is repeated because we have a sacred obligation not only to pursue justice tribally, but also universally. For the sake of all Americans, she pursued justice in the arenas of power, economics, health care and professional careers.
Through leveraging her passions, energy, intellect and emotions, she changed our country – and for the better. Now the responsibility is ours to protect her legal legacy and to continue her pursuit of justice.