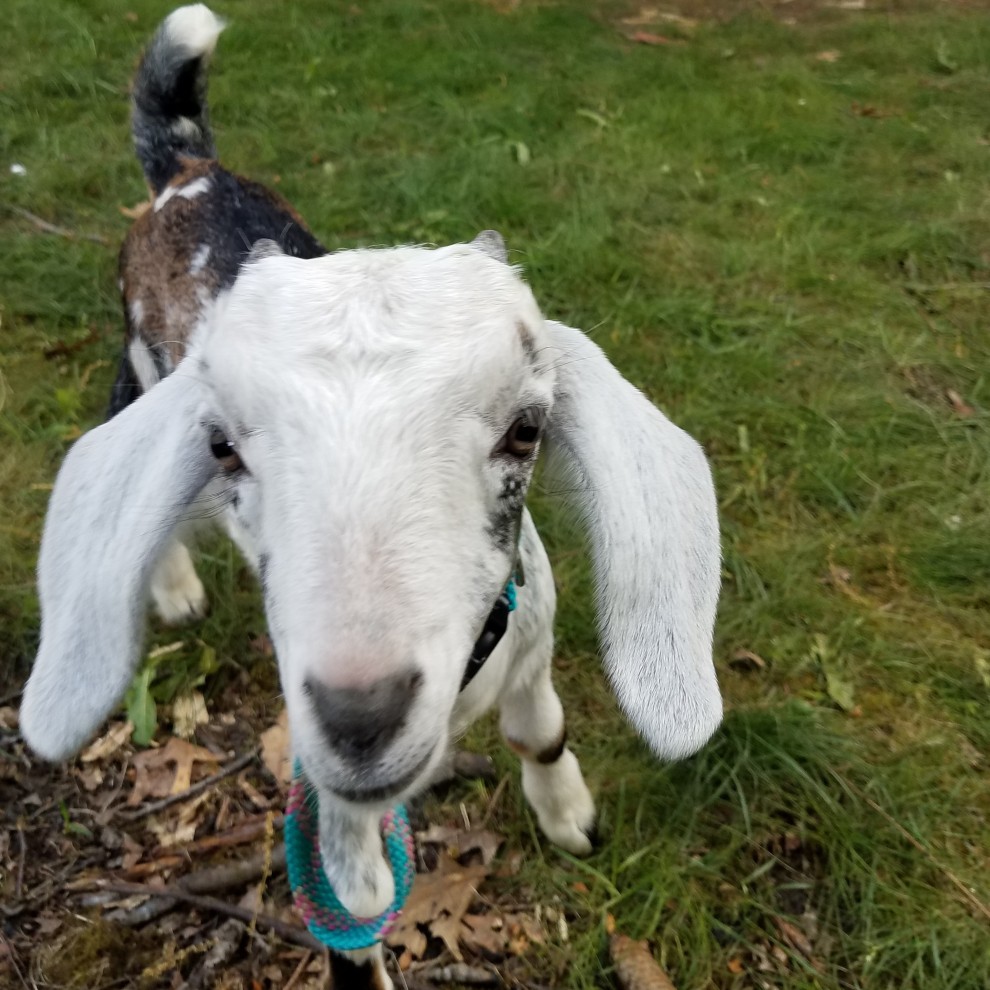 The Passover song “Chad Gadya” (One Little Goat) inspired the arrival of two little goats at the home of Rabbi Tzvi and Esther Fischer.
This year, the Fischer kids (human) asked for a kid goat as their gift for finding the Afikomen at the seder.
“We were singing Chad Gadya, and we were being a little silly,” says Rabbi Fischer.
But later the kids, whose ages range from 6 to 19, pressed the idea noting they are all stuck at home during the pandemic. After telling them he would consider the idea if they researched city regulations, costs, etc., he shared the story during a Zoom coffee klatch he has been hosting weekly as part of the Portland Kollel’s virtual programming.
“My sister saw it and mentioned it to another sister, who mentioned it to her husband, who is a jokester,” says Rabbi Fischer. “Within a couple hours, he had two kids (goats) delivered to our door.”
The two dwarf goats are within Portland city regulations, which allow up to three small barnyard type animals.
“It’s been fantastic,” says Rabbi Fischer. “The kids have taken a lot of ownership. It’s kept them outdoors and off screens. When they are on screens, they are watching videos or reading articles about caring for goats.”
He said they have also been learning the laws (halacha) of keeping animals. “You may not eat until your animals are fed – that has been a good lesson in caring and responsibility.”
The high schoolers have done most of the work of building a fence for a pen and a shelter for the goat kids, but have been very good about engaging the elementary-age kids in the goats’ care.
Whether the family remains goat owners post-pandemic remains to be seen, but for now the Rabbi says, “It’s really a blessing at this point.”