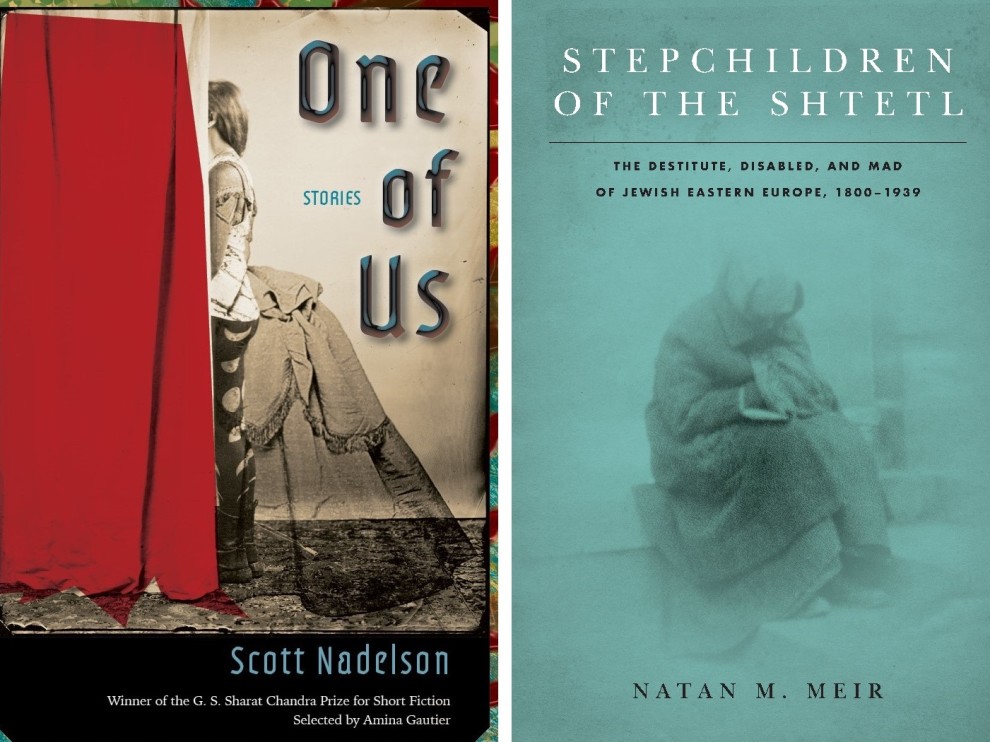 PSU professor explores shtetl’s destitute, disabled, mad
Portland State University Professor Natan M. Meir’s Stepchildren of the Shtetl: The Destitute, Disabled and Mad of Jewish Eastern Europe, 1800-1939 was published in July by Stanford University Press. Combining archival research with analysis of literary, cultural and religious texts, Professor Meir recovers the lived experience of Jewish society’s outcasts and reveals the central role that they came to play in the drama of modernization.
Professor Meir is the Lorry I. Lokey Professor of Judaic Studies in PSU’s Harold Schnitzer Family Program in Judaic Studies, where he also serves as academic director.
“Research for this book took me to Jerusalem, Kiev and New York,” says Professor Meir. “I spent about a decade reading newspapers in Hebrew, Yiddish and Russian, analyzing novels and short stories by great Yiddish and Hebrew writers, and examining archival documents that included petitions from ordinary Jews to a wonderworking Polish rabbi and mental hospital admission records in Odessa. I also had the privilege of being a fellow at the New York Public Library’s Cullman Center for Scholars and Writers during my sabbatical year (2016-17), which enabled me to take advantage of that institution’s rich holdings in Judaica, Slavic Studies and many other fields.”
Memoirs of Jewish life in the east European shtetl often recall the hekdesh (town poorhouse) and its residents: beggars, madmen and madwomen, disabled people and poor orphans. Stepchildren of the Shtetl tells the story of these long overlooked members of east European Jewish society from the dawn of modernity to the eve of the Holocaust.
Jewish marginal folk were often made to bear the burden of the nation as a whole, whether as scapegoats in moments of crisis or as symbols of degeneration, ripe for transformation by reformers, philanthropists and nationalists. Shining a light into the darkest corners of Jewish society in eastern Europe, Stepchildren of the Shtetl reconsiders the place of the lowliest members of an already stigmatized minority.

Oregon Book winner’s fifth story collection due out Oct. 6
Former Jewish Review calendar editor and Oregon Book Award winner Scott Nadelson has a new book coming out Oct. 6. His latest story collection, One of Us, will be published by BkMk Press. Contest judge and PEN/Malumud Award-winning author Amina Gautier chose Scott’s collection as winner of the G.S. Sharat Chandra Prize for Short Fiction.
Scott worked part time for The Jewish Review from 1999 to 2001 after finishing his master’s at Oregon State University. He taught composition classes at Clark College in Vancouver during the same time. He now teaches at Willamette University and in the Rainier Writing Workshop of the MFDA Program at Pacific Lutheran University.
Nadelson’s first collection of short stories, The Cantor’s Daughter, won the Samuel and Sons Fiction Prize for Emerging Jewish Writers and the Reform Judaism Fiction Prize. His second collection, Saving Stanley: The Brickman Stories, won the Oregon Book Award for Short Fiction and the Great Lakes Colleges Association New Writers Award. He departed from short stories for his memoir, The Next Scott Nadelson: A Life in Progress, and his novel, Between You and Me.
One of Us is his fifth short story collection. The story that shares the book’s title is a sadly human story of a woman discovering that her synagogue community’s treatment of “one of your own” is far from kind. These timely stories explore tensions between groups and individuals, the allure of tribalism and the alienation that comes with separation.