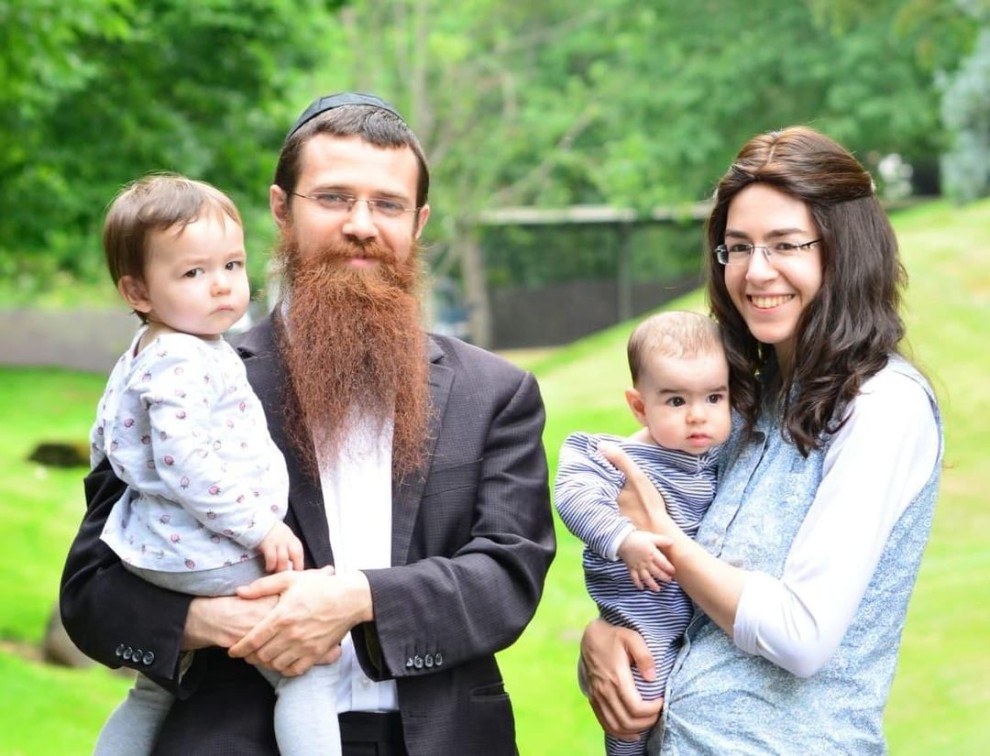 East Multnomah County, which includes the cities of Gresham, Fairview, Troutdale and Wood Village, has long been a desert when it comes to Jewish programming.
That will change with the opening of Chabad Jewish Center in Gresham.
Rabbi Avrohom and Cheina Dyce will hold their inaugural event during Chanukah with the first giant menorah lighting in historic downtown Gresham.
The event will be at the Arts Plaza and will include the lighting of a 12-foot menorah, jelly donuts, chocolate gelt, and Chanukah music and spirit. Gresham Mayor Travis Stovall plans to attend the celebration.
“I thought my cousin and I were the only Jews in Gresham,” says Nadene Goldfoot, 87. “Finding out there are a lot more is so nice. I was born and raised in Portland but lived in Israel for 5½ years. Coming back from Israel, this is quite different.” She moved to Gresham because it is more affordable than Portland where her son lives.
She adds the Dyces are “a very sweet couple,” and she hopes the weather is nice for the Chanukah celebration.
About a year after moving to Portland in fall of 2019 to teach in Maimonides Jewish Day School, the Dyces started reaching out to Jewish people living in the East County. Being in pandemic times, they turned to the only resource at their disposal: social media. With an updated Facebook page and postings on different community groups, Rabbi Dyce found about 100 local Jewish contacts.
“We have received really great responses from the community,” says Rabbi Dyce. “People have told us that it is like a dream come true to have this happening.”
Jewish people have reached out from Gresham as well as from many other small cities, including Troutdale, Sandy, Boring, Damascus and even as distant a place as Hood River. Based on their success rate, the Dyces believe that the area has close to 1,000 Jewish residents.
“It has been really amazing,” Cheina Dyce says. “We really started at absolutely nothing, and (by) finding and connecting with one person at a time, we were able to build up a nice database in a relatively short amount of time.”
“Many people told us that they thought that they were the only Jewish people in the area” adds Rabbi Dyce. They said they “found it hard to stay engaged Jewishly having to shlep to Portland on a regular basis.”
The Dyces started their activities by hosting Zoom classes and concerts for the Jewish holidays and meeting with individuals at their homes, delivering Cheina’s homemade challah and affixing mezuzot on people’s doors.
Seeing the great potential for the East County, Rabbi Moshe Wilhelm, director of Chabad of Oregon since moving here in 1984, appointed them as the official Chabad shluchim for the area. The couple looks forward to moving to the area this winter.
Gresham Chabad is the newest of 14 Chabad Jewish Centers in Oregon.
The Dyces look forward to starting events for the Jewish holidays, hosting Shabbat dinners for families, and holding classes about Judaism for adults and youth.
The 30-year-old rabbi was born in Jerusalem and grew up in Sydney, Australia. He lived in Brooklyn, N.Y., prior to moving to Portland. In New York, he attended rabbinical school and worked on an oral history project on the life of the Lubavitcher Rebbe, Rabbi Menachem M. Schneerson. Though he only met the Rebbe as an infant, Rabbi Dyce says that studying the Rebbe’s teachings and hearing first-person accounts about his life are what inspired him to move to Oregon to strengthen Jewish community.
Dyce met Cheina in Brooklyn, and they were married in her hometown of London and moved to Portland eight months later. They have since been blessed with two daughters, Chaya Mushka and Rochel.
“The Rebbe had a vision that there should not be a Jewish person anywhere in the world that shouldn’t be able to have the opportunity to celebrate their heritage,” Rabbi Dyce says. “Today, with 3,500 Chabad centers in over 100 countries and growing, this has literally become a reality.”
“We look forward to meeting more Jewish people in the area and creating a beautiful community,” Cheina says.
Last year, the rabbi and his wife visited Jewish families in East County to distribute holiday goodies. They delivered free menorah kits to families as they drove around the area with an electric menorah on top of the car. This year, the community will come together to celebrate the festival of lights.
For information, visit jewishgresham.com or email jewishgresham@gmail.com.