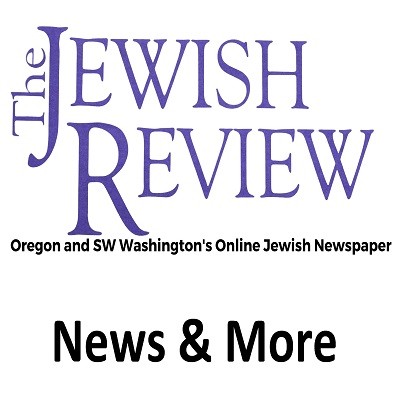 Neveh Shalom extends Rabbi Posen’s contract
Congregation Neveh Shalom has agreed to a five-year contract extension beginning July 1 and running through June 30, 2025, for Rabbi Eve Posen. The new contract includes a change in title from assistant rabbi to associate rabbi.
“We are appreciative of the dedication and innovation that Rabbi Posen has brought to CNS, especially to our young families,” said CNS President Jason H. Kaufman. “While Rabbi Posen did not begin her career as a pulpit rabbi, she has embraced this role, which has allowed her to work with our b’nai mitzvah families among other duties such as leading services, handling funerals, visiting our sick and celebrating births. She has developed a robust, year-round young family program, which has been vital to our membership outreach by serving an important demographic in our community.”
Rabbi Posen and her husband, Duncan, have two children, Shiri and Matan.
“I’m excited to continue the work that started almost 6 years ago,” said Rabbi Posen. “CNS and Portland have become a home for our family. We appreciate the contract extension along with the support we receive from so many of our congregants, staff and clergy. I look forward to continue working with everyone on our programming and religious services for our entire congregation. As the current president of the Oregon Board of Rabbis, I am committed to ensuring that we have a Conservative voice in our larger Portland metro community and beyond. That voice comes from my own experiences along with yours.”

Weingrad contributes to award-winning book
Local Judaic Studies Professor Michael Weingrad has been recognized for his contribution to the award-winning book, What We Talk About When We Talk About Hebrew (And What It Means to Americans), edited by Naomi Sokoloff and Nancy Berg.
The book won the 2019 National Jewish Book Award for best collection/anthology. The award was announced on
Jan. 15, 2020. The book includes a chapter by Professor Weingrad on Hebrew writing in the United States.
Weingrad is a professor of Judaic Studies in Portland State University’s Harold Schnitzer Family Program in Judaic Studies. He teaches courses listed under Portland State University departments of Judaic studies, English and film.
He is the author of American Hebrew Literature: Writing Jewish National Identity in the United States and the editor and translator of Letters to America: Selected Poems of Reuven Ben-Yosef.  His essays and reviews, on topics ranging from Israeli fantasy and science fiction to the Jews of Baghdad, have appeared in the Jewish Review of Books, Mosaic, and a range of other magazines and scholarly journals.  He has been a Fulbright Fellow at the Hebrew University of Jerusalem, the Montague Burton Fellow in Jewish Studies at the University of Leeds, and a Harry Starr Fellow at the Center for Jewish Studies at Harvard.  A selection of his recent writing is on  www.investigationsandfantasies.com.

Chabad opens young professionals chapter
Chabad of Oregon announced the opening of a full-time Chabad Young Professionals Chapter in Portland’s Northwest District under the leadership of Rabbi Meir and Sheina Posner. The Posners along with their two children will be serving the local-area Jewish community.
“In honor of the 36th – double chai – year of Chabad in Oregon, we are doubling our efforts to share the joy, meaning and relevance of Judaism in our community, “ said Rabbi Moshe Wilhelm, the executive director of Chabad of Oregon. “The rebbe taught us that we must go out and meet Jews where they are, and a full-time Chabad Young Professionals will do just that.”
Rabbi Chayim and Simi Mishulovin directed Chabad’s young professional programming in Portland for the past 15 years. According to the couple, “Portland’s young professional scene is ever growing, and our programs must grow in tandem.”
Jodi Berris, whose work in developing Portland’s Jewish young adult scene is well known, said, “Portland has a ton of Jewish young adults – some connected and many not yet – and I’m so happy a full-time Chabad Young Professionals is coming to our city to focus on and help cultivate Jewish connections for this population.”
Rabbi Posner spent many years on the famed Chabad of Boston University, and Sheina worked at the New York headquarters of Chabad Young Professionals international. They plan to spend their first few months getting to know the young Jewish professionals of Portland and exploring how they can best serve them.
To get involved in this new venture, email Rabbi@PDXCYP.org or Sheina@PDXCYP.org or call 503-583-2025.

NEWS IN BRIEF SUBMISSIONS:
Send news items to editor@jewishportland.org by the Thursday before publication. Please send photos as attached jpgs. Deadline for the April 1 issue is noon, March 26.

Rabbi Joshua Rose will conclude his role as rabbi of Congregation Shaarie Torah in June of 2021. 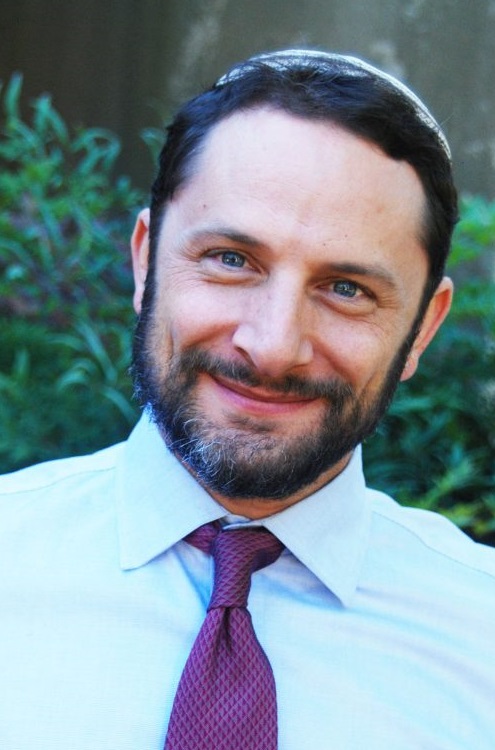 In a letter to the congregation, Rabbi Rose wrote: “The challenges I feel I must now embrace as a student and teacher of Torah no longer fit within the role of congregational rabbi, with all of its obligations, duties, honors, privileges and joys.”

While Rabbi Rose’s departure from CST is not for another 18 months, the board has already begun the Rabbinical Search process with the United Synagogue of Conservative Judaism (the umbrella organization for Conservative Judaism, of which CST is a member).

Rabbi Rose became rabbi at Shaarie Torah in July 2014. He is a native Portlander who previously served as the senior rabbi at Congregation Har HaShem in Boulder, Colo. Before becoming a rabbi he worked for a Jewish justice advocacy group in Washington, D.C., and studied at Harvard Divinity School, where he earned a Master of Theological Studies.

“Rabbi Rose and his family will stay in Portland and plan to remain connected to the Shaarie Torah community,” according to a letter from the CST board. “The rabbi’s departure also coincides with a board decision to produce a multi-year strategic plan with the goal to create an innovative institution of Conservative Judaism.”

The Mittleman Jewish Community Center has been invited to join a cohort to participate in an Energy Trust Commercial Strategic Energy Management Incentive program.

This 14-month program began in January with an introductory workshop; MJCC Facilities Manager Mack Baker and CFO Beth Germain attended the workshop. The goal of the program is to integrate energy management into the organizational business practices of the MJCC, enabling the center to save money and energy.

With the help of an Energy Trust Energy Coach, the MJCC will:

• Establish an energy policy with short- and long-term energy use reduction goals;

• Conduct onsite opportunity assessments to identify energy-saving operational and capital opportunities and to prioritize them for Action Plan implementation;

• Establish an Action Plan; and

• Establish and use a tracking system of energy consumption data and targets to create a baseline and metrics for tracking energy savings.

Additionally, the program offers cash incentives for meeting certain milestones and offers a stipend to use toward hiring an intern to help collect and track data. 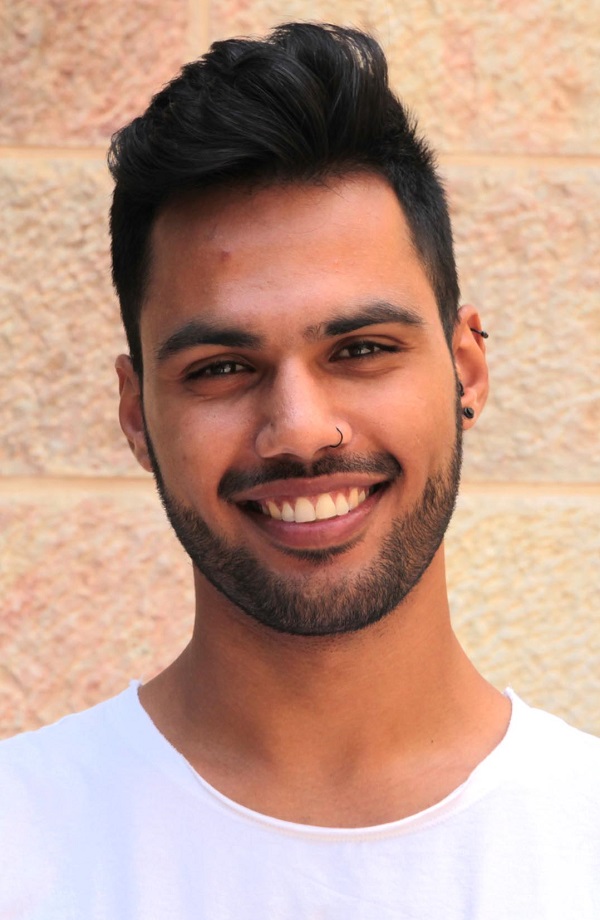 ars, the shaliachs have connected with more than 190,000 high school students. As high school coordinator, Attia also oversees the area’s high school interns and other students.

High school teachers can schedule Attia to speak to classes about Israeli society, Israeli culture (e.g., music, dance, food, service in the army, education), similarities and differences in teenage life in Israel versus that in America, or Israel's relationship with its Arab neighbors, in particular the Palestinians. The presentations are free. Aviv will be in the Portland area with some presentation times still available on March 16, 17, 18; April 27, 28, 29, 30; and May 1.

Attia was born in Tel Aviv to a family of Tunisian and Iraqi descent. After his mandatory service in the Israel Defense Forces, Attia studied at the Interdisciplinary Center in Herzliya and participated in the Rabin leadership program. Attia was a member of the Israeli LGBTQ Association and the SWU Israeli Fellowship.

Every Jewish community is obligated to ensure that everyone has the food they need to celebrate a joyous Passover, and Portland’s 20th annual Passover4All campaign will again ensure that area families can truly celebrate Passover.

Last year, the program delivered 125 boxes to families identified by Jewish Family & Child Service who need of assistance to celebrate Passover. Those families received a total of 1,200 pounds of potatoes, 600 pounds of matzah, 600 pounds of apples, 250 boxes of soup mix, 125 jars of gefilte fish, 125 bottles of wine, 125 frozen kosher chickens, 125 trays of jellied fruit and 125 jars of horseradish.
Deliveries go to people of insufficient means, people who can't get out to shop, new immigrants, and anyone who needs some extra help.

To donate to the fundraising effort to supply the boxes, visit jewishportland.org/passover4all-campaign.

Volunteers will pack and deliver food boxes the morning of Sunday, April 5, at the MJCC. Anyone can help pack the boxes: adults, kids, teens, grandparents, individuals and families. To sign up or for more information, contact JFCS Volunteer Manager Tavia Berrigan at tberrigan@jfcs-portland.org or 503-226-7079, ext. 134; or Jon Perrin at jonperrin@gmail.com or 503-997-0806. 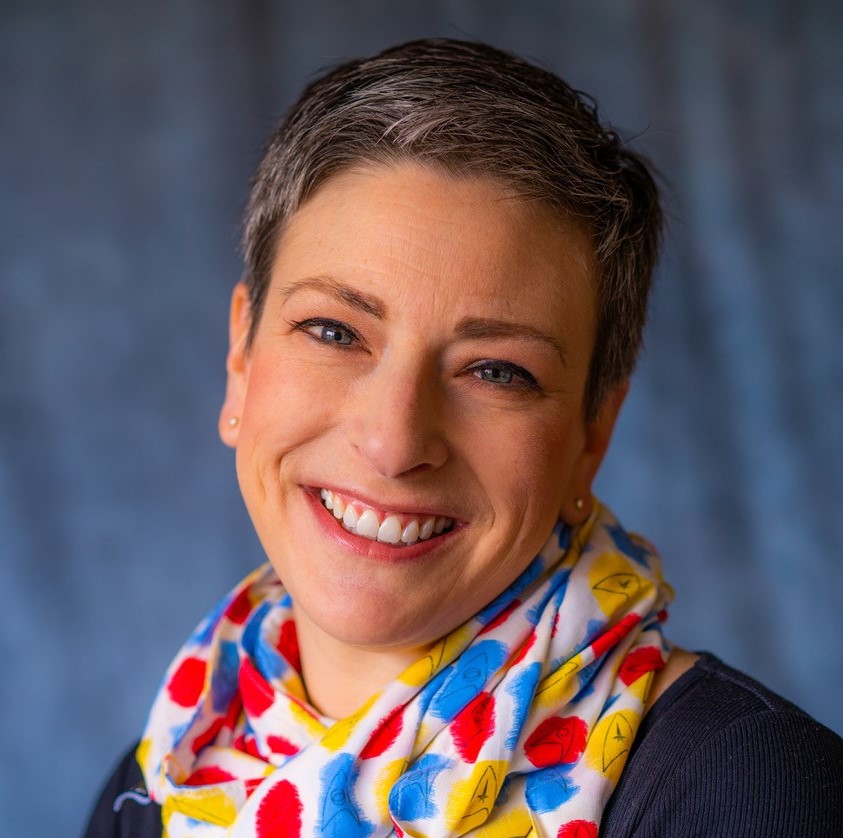 Klein, a professional filmmaker, first imagined JOTV’s concept. “In Oregon, despite the amazing diversity of Jews and approaches to Jewish identity, there is still a common need for a regular show that is entertaining, inspirational and educational about, for, and featuring Jews, their work, their passions, their lives – our culture.”

“The timing of the creation and launching JOTV is ideal as a sought-after video medium, capable of reaching an ever-growing audience and in multiple formats,” said Director Knudsen, a freelance reporter and editor.

“With anti-Semitism on the rise internationally, as well as in our Pacific Northwest neck of the woods, the time is now for JOTV to inspire our state’s Jews to take pride in their heritage and in themselves and all that they do,”  added Kostiner Mansfield, executive director of Shaarie Torah.

Composer, performer and Torah teacher Alicia Jo Rabins has received a 2020 Oregon Literary Fellowship for poetry. She is one of 11 writers and two publishers to receive grants of $3,500 each. 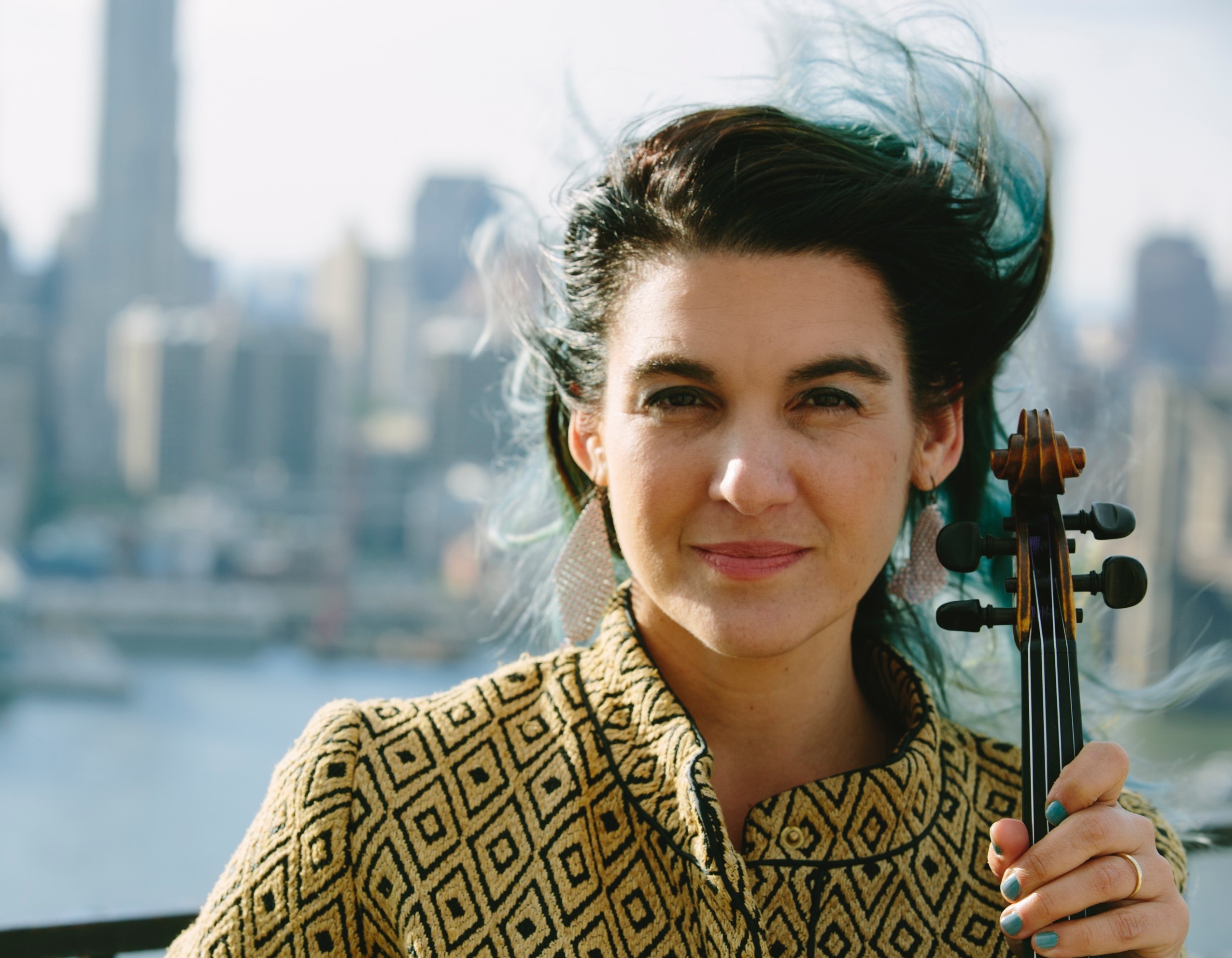 Rabins’ first collection of poetry, Divinity School, won the 2015 APR/Honickman First Book Prize and was a finalist for the Oregon Book Award. Her second collection, Fruit Geode, was published in October 2018.

Rabin said the fellowship will allow her to dedicate a whole month to poetry. She is working on two new books of poems and on a film called A Kaddish for Bernie Madoff based on her one woman show of the same name.

Send news items to editor@jewishportland.org by the Thursday before publication. There will be an early deadline for the March 18 and April 1 issues. Please submit news briefs for BOTH of those issues by noon, Wednesday, March 11. Please send photos as attached jpgs.