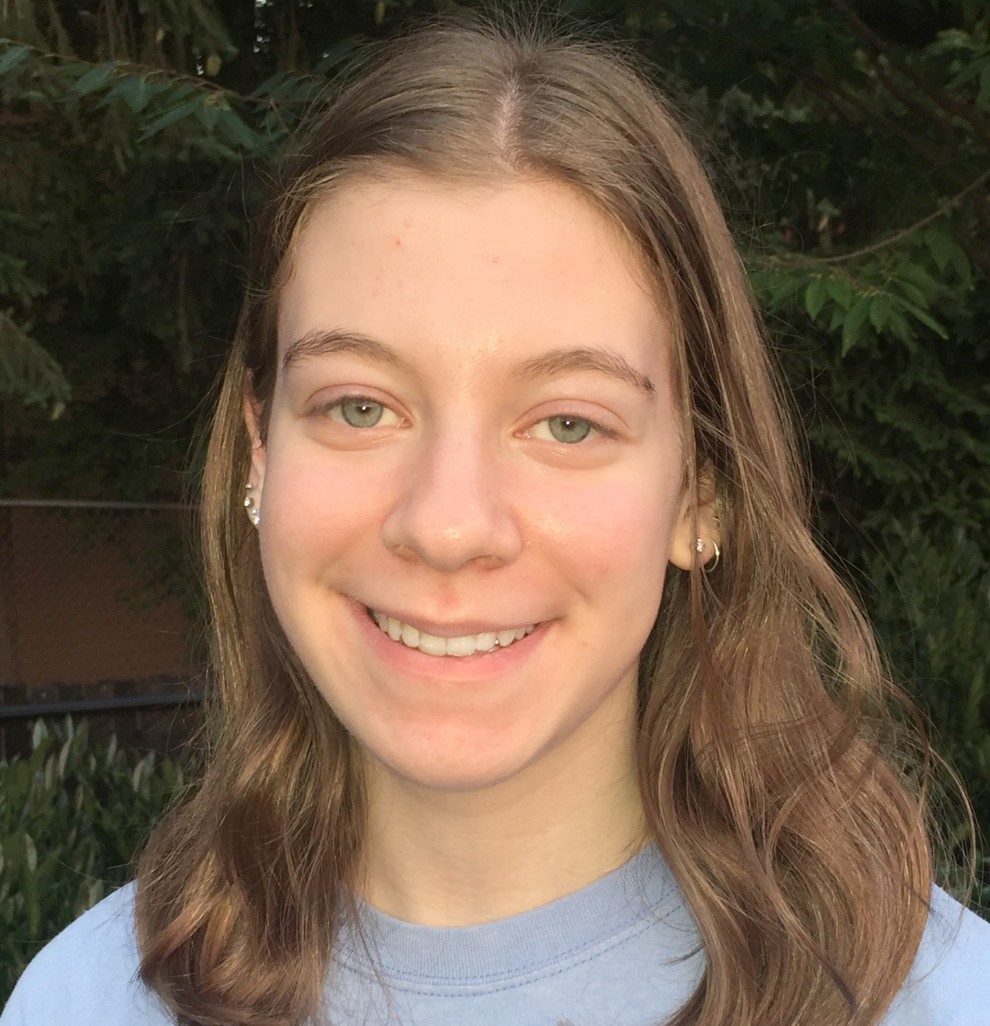 Gabriella Cohen (at left) has been elected to serve as vice chair of the Jewish Caucus for the High School Democrats of America during the 2020-21 school year. The High School Democrats of America, or HSDA, is the official high school branch of the Democratic Party and is recognized by the Democratic National Committee.
There are several national caucuses to represent minority groups within HSDA, one being the Jewish Caucus. Gabriella will be working to educate the entire organization on anti-Semitism, various Jewish holidays and practices, and democratic policies during her time as vice chair. Gabriella is an incoming sophomore at Sunset High School in Portland, and her father, Rabbi Barry Cohen, is the Jewish Community Chaplain for the Greater Portland Area.

Portland’s Jewish Community Relations Council was one of 149 Jewish groups to press Congress to approve $3.6 billion in funding for mail-in voting.
The effort was led by The Anti-Defamation League and the Jewish Council for Public Affairs, the Jewish public policy umbrella of which JCRC of the Jewish Federation of Greater Portland is a member. The JCRC develops and articulates consensus positions concerning matters of public importance on behalf of the organized Jewish community of NW Oregon and SW Washington.
“The JCRC believes it is imperative that Congress fully fund and direct states and counties to administer the 2020 elections in a safe, fair and accessible manner through vote-by-mail, early voting and in-person voting options that take into account the COVID-19 reality,” says JFGP Community Relations Director Bob Horenstein. “This is a massive undertaking that requires adequate funding that only the federal government can provide. Thus far, Congress has provided only $400 million to states for election assistance. While a step in the right direction, that sum represents only a fraction of the costs associated with implementing the necessary adjustments to safeguard the electoral process.”
The proposed funding is included in the HEROES Act, the most recent pandemic funding bill passed in the Democratic-led U.S. House of Representatives in May. The Republican-led Senate is considering a second round of the stimulus bill called the HEALS Act, which would provide $1 trillion ($2 trillion less than the HEROES Act).
The letter from the groups that was sent to Senate leaders says: “Unless you provide emergency election assistance and policy provisions, the decision our communities and so many voters are likely to face about whether or not to wait in crowded lines and rooms to vote may literally be a matter of life or death. This is especially true for members of marginalized communities most likely to contract and die from the virus.”

Weekly Wednesday evolves to become Thoughtful Thursday; first program Sept. 24
The Jewish Federation of Greater Portland created Weekly Wednesday Updates in April to keep our community informed and engaged as we moved through the shifting realities created by COVID-19.
“Our goal was to be a touch point on local Jewish issues and national issues as they related to our community,” says JFGP Campaign Director Wendy Kahn, who organized the series. “When we brought Weekly Wednesday into being, we felt we needed to bring people together right away and find ways to provide connections.”
Weekly Wednesday Updates launched April 22 with a Zoom presentation to more than 350 people on “Flattening the Curve & the ‘State’ of Oregon.” As protests over police brutality erupted across the country, the Zoom updates expanded to include discussions on racism, intergroup connections and methods to cope with stress.
After 13 episodes, the series took a summer hiatus and sent out a survey about topics and timing so the series could continue to be flexible and nimble in reacting to a world that seems increasingly complex.
The survey drew 217 responses, which helped to define the series revival in September. Weekly Wednesday has evolved into Thoughtful Thursday, which will feature one program each month.
The first Thoughtful Thursday will feature Rabbi Joseph Telushkin on Thursday, Sept. 24, at 7 pm. Rabbi Telushkin is the author of 15 books on Jewish ethics, literacy, history and humor.
The second program will be at 9 am, Thursday, Oct. 22, featuring American-born Israeli author and journalist Yossi Klein Halevi.
More information and registration links will be included in a September issue of the Jewish Review. 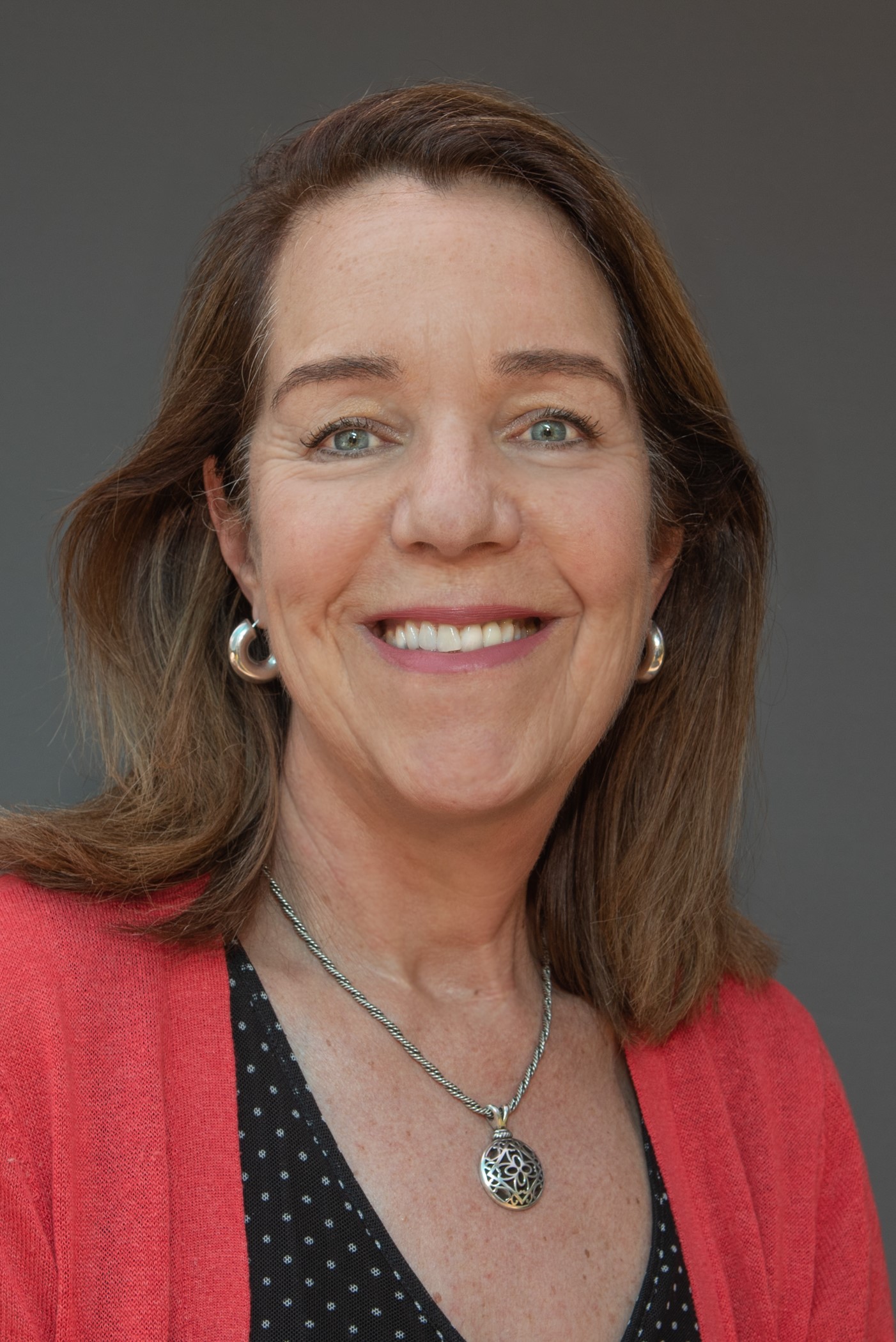 Hesed Shel Emet has appointed Lisa Spiegel as administrator; the position is responsible for coordinating all resources whenever the organization’s support for a dignified Jewish burial is called upon.
Hesed Shel Emet (“unrequited kindness”) provides Jewish burial resources for members of the Jewish community in Oregon and SW Washington in circumstances when the individual or the individual’s family needs support – “so that all Jews can be buried in dignity.” The Oregon Board of Rabbis and the Jewish Agency Council of Oregon came together in 2009 to do the mitzvah of Hesed Shel Emet, caring for the burial of those who cannot afford it.
Spiegel, a 2013 Song of Miriam honoree, has been an active volunteer at Congregation Shir Tikvah since 2003, serving on the finance committee and then as secretary, vice chair and co-chair of the Steering Committee, Yad l’Yad (“Hand to Hand”), coordinating volunteers to help congregants during challenging times. She also serves on the JCRV Committee, a cooperative effort between Shir Tikvah, P’nai Or and Kol Shalom, which manages the Jewish cemetery at Riverview. She is also a member of a Portland chevra kadisha, Chevra Kavod Emet.
As the mother of three sons, Spiegel says her philosophy of Jewish parenting has been to “provide strong and delicious Jewish roots.” She bakes traditional desserts for every holiday and challah each Friday, braided into unconventional shapes. Creative challah-making is an important part of her Jewish expression as is sharing her Jewish baking practice.
She was the founder of an association management firm, and she is grateful for this new role to serve the Jewish community.
For more information, email HesedShelEmetPDX@gmail.com or call Spiegel at 503-564-8420.

Learn resources for Wise Aging in September
Deb Freedberg and Barb Schwartz will lead a Wise Aging group hosted by Congregation Neveh Shalom on Zoom leading up to the High Holidays. The group is open to all age 50 and older.
Based on the national program developed by the Institute of Jewish Spirituality, Wise Aging offers a guided path designed to help those 50 and over who want to discover new resources to enhance their later years with learning, growth, spirit, resilience and wisdom. The program was brought to Portland in June 2019 by Jewish Family & Child Service with the support of the Holzman Foundation. The program is based on the book Wise Aging, Living with Joy, Resilience and Spirit. Participants will need to have the book.
This Wise Aging group will meet for four Zoom sessions and will have a maximum of eight participants. The curriculum – leading up to the High Holy Days – includes text study, contemplative and active listening, self-reflection, meditation and movement. The Zoom sessions will be 10:15-11:45 am, Tuesdays, Sept. 1, 8, 15 and 22.
Suggested donation for the series is $75-100.
RSVP to Deb Freedberg at deborah.freedberg@gmail.com or Barb Schwartz at barbschw@gmail.com. Please use “Wise Aging Inquiry” for the subject line.

Mittleman Jewish Community Center announced that MJCC Day Camp will continue through Aug. 21 with camps for   school-aged children from rising kindergarten through sixth grade. The camp follows all Oregon Health Authority guidelines for summer camps.
MJCC camp hours are from 9 am to 4 pm. No before or aftercare is available.
As of July 24, all campers are required to wear a mask to camp each day. Some masks are available on-site, however, campers are encouraged to bring their own masks so they will be more comfortable.
Find information and registration forms: oregonjcc.org/camps-childcare/daycamp.

To celebrate 36 (double chai) years in Oregon, Chabad of Oregon is promoting a different mitzvah for each month of this year. The celebration is based on the Mitzvah Campaign created by Lubavitcher Rebbe, Rabbi Menachem M. Schneerson, z”l, in 1967.
In August the focus is on a letter in a Torah scroll. The Torah scroll is a tangible embodiment of our connection to G-d, our most precious treasure and our guide to life. “And now,” Moses says, “write for yourselves this song” (Deuteronomy 31:19) – meaning that every Jew should write a Torah scroll.
But writing a Torah is a laborious process. Each one of its 304,805 letters must be written by hand, with ink and quill on parchment, in special calligraphy, by a trained scribe.
There is another way to fulfill the mitzvah: Purchase just one letter in a Torah – meaning, have just one letter written specifically for you.
“We’ll be glad to help,” says Rabbi Moshe Wilhelm. “For assistance or more information, call me at 503-957-7842.”