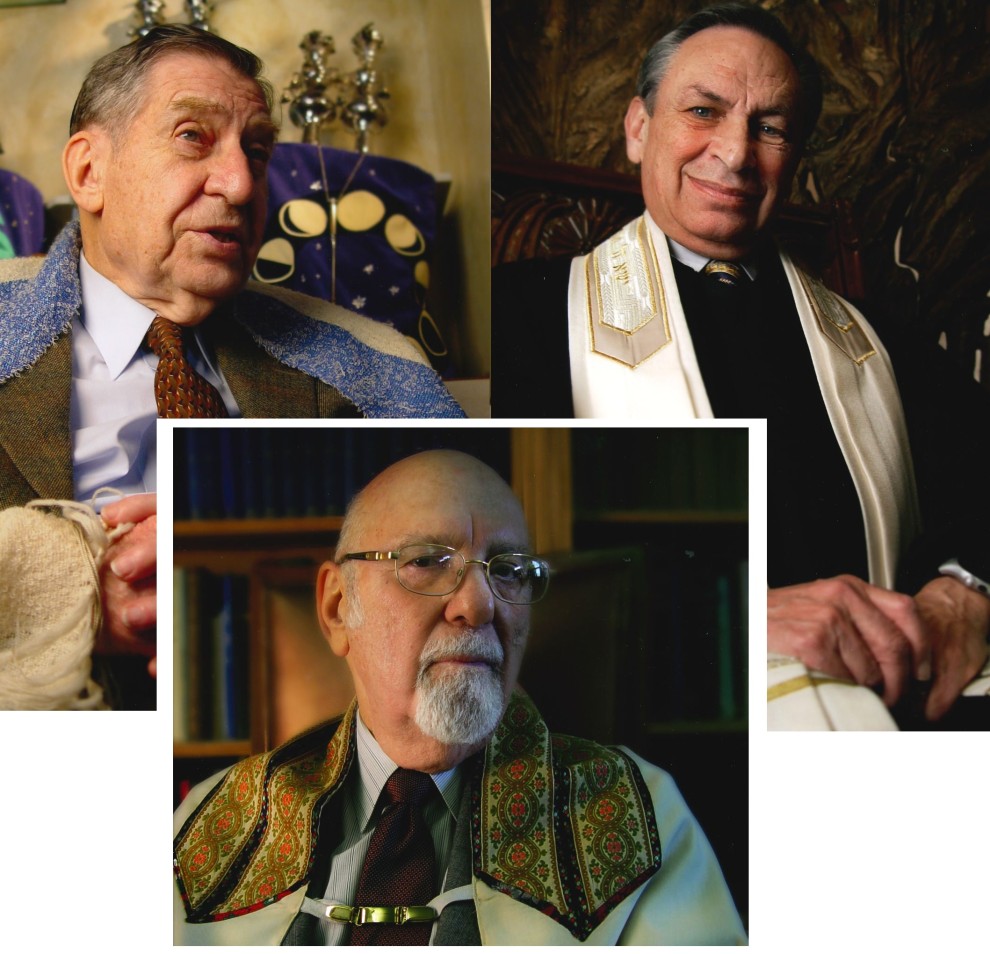 “The Three Rabbis,” a film documenting the contributions of Rabbis Joshua Stampfer, Emanuel Rose and Yonah Geller, premiered Oct. 23, 2005, at Whitsell Auditorium at the Portland Art Museum before airing on Oregon Public Broadcasting later that month.

For more than 50 years, these three rabbis played a pivotal role in the growth and emergence of Portland’s Jewish community.
The original 60-minute film, created by OPB, documents their contributions to Oregon through education and leadership, weaving in their outreach to other faiths and their numerous civic endeavors. It also confronts the tremendous change and conflict within both the religious and secular worlds. Through interviews and historical accounts, “The Three Rabbis” tackles the important issues of the era: discrimination, civil rights, the Vietnam War and Israel, along with the rabbis’ views on women’s rights, intermarriage and more.
Now, after almost half a century at the helm of Portland’s largest synagogue, Congregation Beth Israel, Rabbi Emanuel Rose died Feb. 7, 2020. Shortly before that, Rabbi Joshua Stampfer, rabbi of Congregation Neveh Shalom for 40 years, died Dec. 26, 2019. Rabbi Yonah Geller, who led Congregation Shaarie Torah for 40 years, died Nov. 15, 2007. All three served as rabbi emeritus at their respective congregations until their deaths.
With the passing of all three, OPB looks back on the making of the film, with an eye to the rabbis’ enormous impact in Oregon, and how our world has changed in the last 15 years. The film with new commentary will air next month.
Oregon native and Portland educator Gloria Feves Hammer, who conceived of the original film and served as consulting producer, guided its creation and conducted interviews of the rabbis and community leaders.
Reflecting on the original documentary, Hammer says, “As life progressed, I just always felt that the rabbis were unique.  There was no other place in the United States where three men came from across the country as clergy to the largest populations of Jews in the Reform, Conservative and, at that time, Orthodox synagogues. And these men were still on their pulpits almost a half century later. This was a story that I felt needed to be documented.”
She adds, “Rabbi Geller was quick to answer when I asked him questions concerning how the gay community was not accepted years ago; and he was quick to say, ‘Times have changed.’ I think that we all can agree that a lot has changed in the last quarter of a century.”