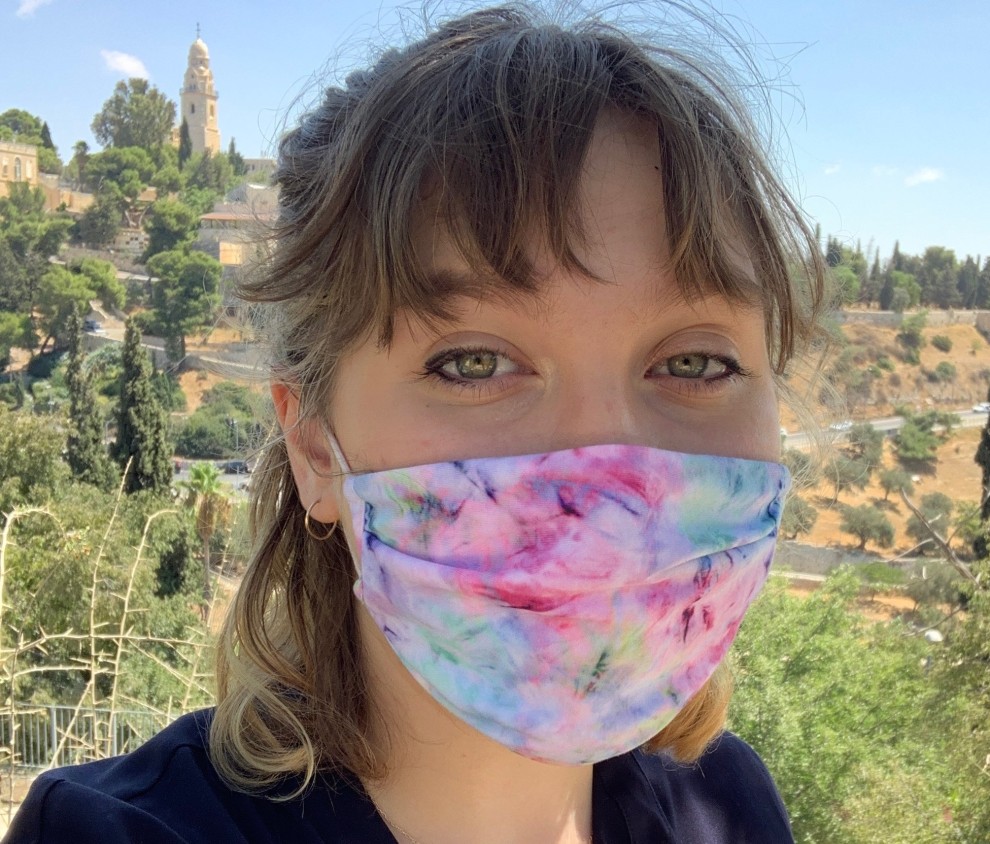 Pardes Institute of Jewish Studies in Jerusalem named Portland native Jennie Spector, 27, the 2020-21 Marla Bennett, z”l, Scholar.
“It’s an incredible honor to have the opportunity to study in Marla Bennett’s, z”l, memory,” says Jennie, the daughter of Marshal Spector and Sharon Pollin.
In 2002, Marla was enrolled jointly at Hebrew University and in the Pardes Educators Program, pursuing her plans to become a Jewish educator, when she was killed on July 31, 2002, in the Mt. Scopus terror bombing. The Pardes community continues to mourn her loss. The scholarship in Marla’s memory is awarded to a select young Jewish leader from North America who is passionate about building community and eager to enrich their personal identities and leadership roles through the in-depth study of classic Jewish texts and core Jewish ideas.
“Life is a fragile thing, and we don’t know when ours may suddenly come to a close,” says Jennie. “During her time, Marla chose to invest herself in deep Jewish learning, to be part of the incredible Pardes community and help lead the way toward a bright future for the Jewish people. While her work and her learning were cut short, I am inspired by her choices and will do my utmost to continue the blessing of her life in my own small way.”
Jennie is no stranger to Jewish study. She graduated from Portland Jewish Academy. Growing up at Congregation Shaarie Torah at a time when women were not called to the Torah, she became a bat mitzvah with her own feminist celebration. She was also involved in NCSY and was Jewish Student Union regional president.
Jennie earned a bachelor’s in international affairs from Northeastern University in Boston in 2016. She had worked professionally in theater for the past several years, but when COVID halted live theater, she searched for a meaningful way to spend this year.
“I’d been more and more drawn toward deep Jewish study,” she says. “Pardes was a perfect fit; it’s been especially cool because both my parents are alumni. … Right now my studies range from Mishnah and Chumash to examining female archetypes in Talmud, intro to Rambam and exploring what it means for humanity to be made B’tzelem Elokim (in the image of God).”
Jennie did not apply for the award and was surprised when she was notified that she was the recipient.
“Receiving it was … a special honor because I was selected a couple months into the program, after the staff and faculty had gotten to know me,” she says.
Pardes Associate Director of Marketing Michael Emerson says, "We are very proud of Jennie and excited that she is part of our program this year. Despite the pandemic and the limitations on international travel, we were able to assemble an incredible cohort of students interested in studying Jewish texts in-person at our Beit Midrash, and Jennie is an excellent example of the caliber of student we attract."