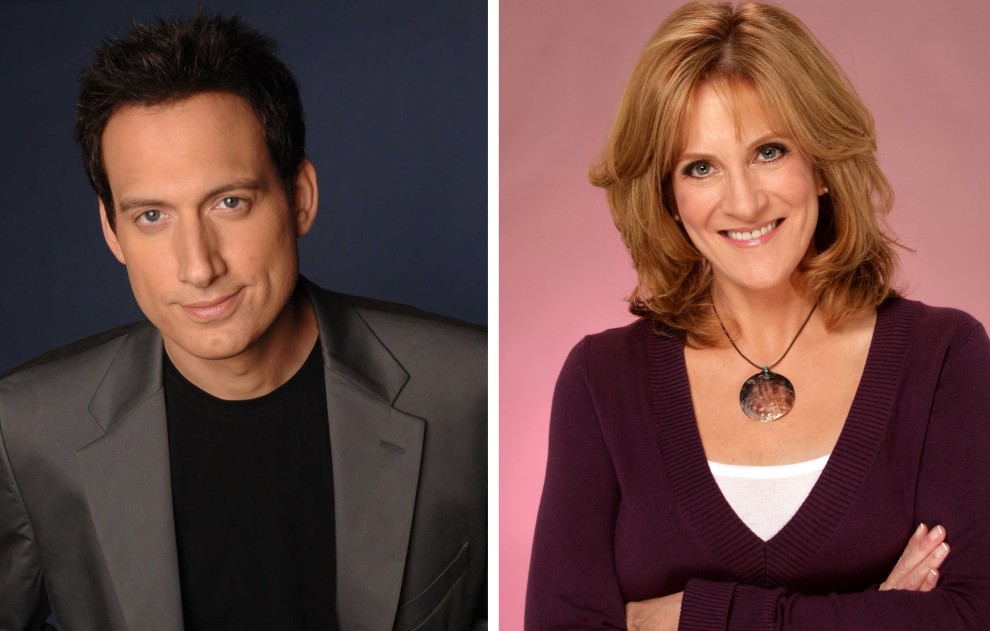 The Jewish Federation of Greater Portland will celebrate the accomplishments of its first century with a virtual party that could become a blueprint for galas later in its second century. Virtual reality offers exciting options for bigger celebrities, broader engagement and no travel time. (See below)
“Our vision for our 100th anniversary was a BIG GALA – meaningful connections with family and friends to celebrate the GREAT work we do when we come together for our community,” says JFGP Board Chair Lauren Goldstein. “We’re still going to come together – virtually – and have an incredible night – perhaps one of the most fun stay-at-home nights ever!”
The party atmosphere will begin even before DJ Ben Gershen starts spinning tunes at 6:30 pm, Nov. 7, on Vimeo.
Registrants will get a party pack in the mail the week before the gala that will include instructions on how to join the fun and use the virtual photo booth. Then beginning Thursday, enter the virtual photo booth, snap a shot, add a comment and post it on your social media pages. Saturday evening, enjoy the music and watch photos of your friends dance across your screen as DJ Ben shares comments from the photo booth between songs. DJ Ben says, “Grab your drinks, clear the coffee table, and get ready for an interactive virtual music experience with your own personal DJ!”
“DJ Ben Gershen will get the party started, and we’ll keep the night going with two amazing comedy acts,” says Lauren. “It’s also a night to support the important organizations and community we love.”
“The goal of the DJ set is to create an upbeat party vibe,” says JFGP Campaign Director Wendy Kahn. “It will be a chance to grab some snacks and drinks before you do something good for our community and get entertained by some real pros.”
“Carol Leifer and Elon Gold are well-known comedians – just read their bios,” Wendy urges.
An award-winning writer and producer, best-selling author and stand-up comedian, Carol isn’t shy about sharing her views on women’s issues, her Jewish roots, LGBT perspectives, animal advocacy and trailblazing career as a woman in the male-dominated world of comedy. She was nominated for Emmys for her writing on Saturday Night Live, The Larry Sanders Show and Seinfeld, on which she is said to be the inspiration for the character Elaine. She won the prestigious Writer’s Guild Award for a Modern Family episode, Two Monkeys and a Panda, in which Cam writes a storybook about the Vietnamese daughter he adopted with his husband Mitchell. It was inspired in part by the Guatemalan son, Bruno, Carol adopted with her wife.
Carol has often noted that her parents immediately preferred her Jewish wife to her gentile ex-husband, including in this New York Times article on Carol’s Dec. 5, 2015, marriage to Lori Wolf, officiated by a rabbi. That article also quoted Jay Leno, who has known Carol since 1979: “Most comedians don’t strive to be happy or content,” he said. “They think if they’re happy, they lose their funny. But if you meet someone who smiles at you when you’re not funny, you find out that it’s not true.”
Elon Gold is a comedian and actor who has starred in FOX’s Stacked and NBC’s In-Laws. He has made 10 appearances on The Tonight Show and had a recurring role on the hit show, Bones. Elon was a writer/performer on ABC’s The Dana Carvey Show and has guest-starred on Frasier, The Mentalist and Chappelle’s Show among others. His one-hour, stand-up special on Netflix received wide acclaim from audiences and peers alike and is now available on Amazon Prime. He recently made a stellar appearance on The Late Late Show With James Corden and will be seen in season 3 of Crashing on HBO, in which he plays his most challenging role yet ... himself.
A 2019 Jewish Telegraphic Agency article notes: Gold, a graduate of Modern Orthodox day schools and Yeshiva University high school, has been taking on Jew-hatred for years. “Comedians talk about what bothers them, and this [anti-Semitism] really bothers me … Humor is my greatest weapon. Our revenge is with jokes … exposing the ignorance of their bigotry.”
This won’t be the first time the two comedians have appeared together in this new virtual space.
“So they understand the breadth of the community (who will be watching),” says Wendy. “It won’t be just one type of joke or story; they will reach across and appeal broadly.”
​Lauren adds, “I’m excited to see EVERYONE there!”