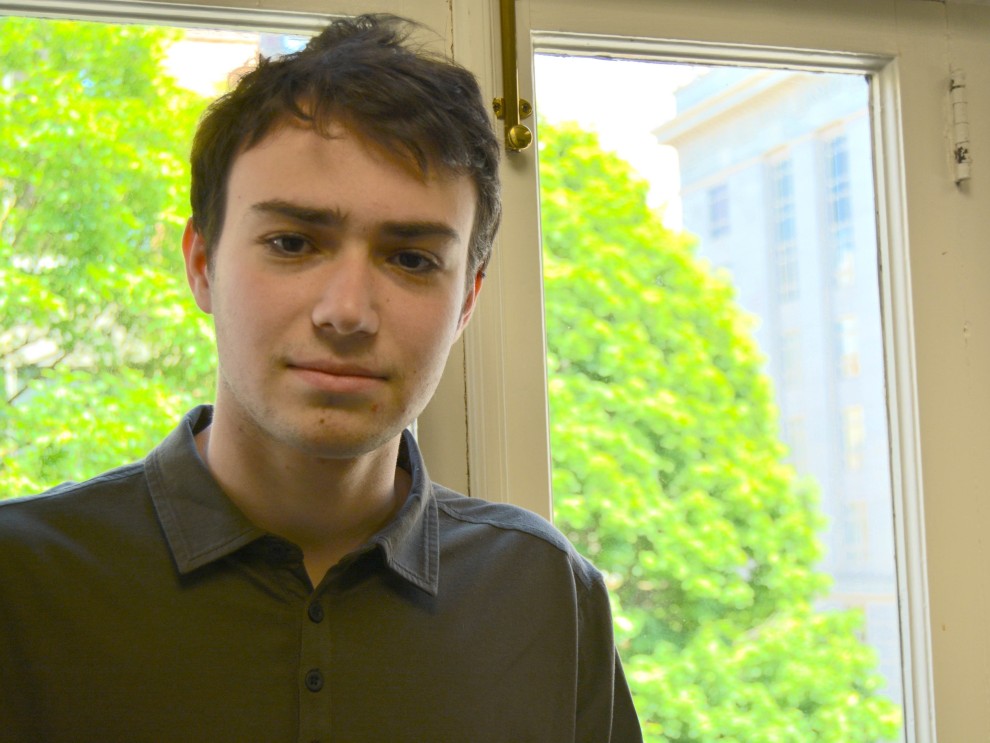 Two Portland Jewish Academy alumni have received grants to support an exchange program between U.S. and Ukrainian teens and a project to bring joy to children in hospitals.
During the 2019-20 school year, The Noam Stampfer Gemilut Chasadim Fund, established to give PJA graduates the opportunity to receive mini-grants for service projects, provided funds for two projects: to Seth Talyansky for Trustees of Tomorrow and to Sylvie Kressel to support Abby’s Hope Project.
PJA alum Seth Talyansky (class of 2015) received $1,000 to support the Trustees of Tomorrow program, an exchange between young people from the United States and Ukraine, “designed to promote youth-centered global connectivity, multinational partnership and lifelong friendship for the next generation of world leaders.”
The son of emigrants from Ukraine, Seth is eager to engage Americans with Ukrainians. Seth cofounded Global Youth Entrepreneurs with Solomon Olshin and Britt Masback in 2018 to promote social entrepreneurship among youth in every country. Trustees of Tomorrow, a project of GYE, will use the grant to assist student participants with airfare. Seth leads Trustees of Tomorrow with Solomon and a friend in Ukraine, Diana Sobolieva.
Due to the coronavirus, the program was delayed. Tentatively, plans are to bring three Ukrainian teens and three Portland high schoolers together in the United States during winter break 2020-21 and for a second exchange in Ukraine near spring break next year.
“We, the youth of today, are coming of age in a time of many pressing challenges that can only be addressed through global cooperation,” says Seth, who just finished his first year at Stanford. “Now, more than ever, it is crucial to build understanding and collaboration between nations and across borders. We are capable of creating the future we hope to inherit: we can decide whether the world we are to lead will be one of enmity or one of trust.”
For more information on the Trustees of Tomorrow exchange program, visit globalyouthentrepreneurs.net/portland-ukraine-trustees-of-tomorrow. 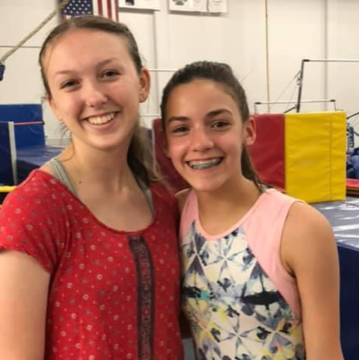 The second grantee, Sylvie Kressel, is a 2020 PJA graduate. Her grant request was part of her eighth-grade Capstone project to support her friend Abby Jenkins’ nonprofit called Abby’s Hope Project.
Initially, Sylvie envisioned a card-making project at school, to which she was planning to invite her classmates, families and friends to make cards for children in hospitals and ask them to bring donations for care packages. Due to the COVID-19 restrictions, gathering a group of people to assist with her project was no longer possible.
Sylvie encountered another setback with her second idea. “I was going to send my classmates and friends supplies to make cards at their own houses,” she says. “But as the rules got stricter around coronavirus, I also couldn’t do that because hospitals stopped accepting outside letters and packages.”
“Even though both of my ideas were shut down, I was determined not to give up,” says Sylvie. “I love what Abby is doing with Abby’s Hope Project, and I really admire how she tries to find joy not only for herself, but also to spread joy to others. I remember when we used to do gymnastics together – she was always so supportive and would cheer me on when I was scared to try new skills.”
Sylvie and her twin sister, Liana, created five designs to make note cards that Abby could sell on her website. Using the $340 in grant money to fund the printing of the cards, 100% of the proceeds from the cards will support bringing joy to children in hospitals.
Sylvie hopes people will “buy some cards and write a handwritten letter to a friend who is in the hospital or to friends who are sheltering in place.  Handwritten letters can bring so much joy into people’s lives during this hard time.”
For details on Abby’s Hope and to see Sylvie’s card designs, visit abbyshopeproject.com/post/acts-of-kindness.
For more information on PJA’s Noam Stampfer Gemilut Chasadim (acts of kindness) Fund visit: pjaproud.org/alumni/alumni-grant-application.