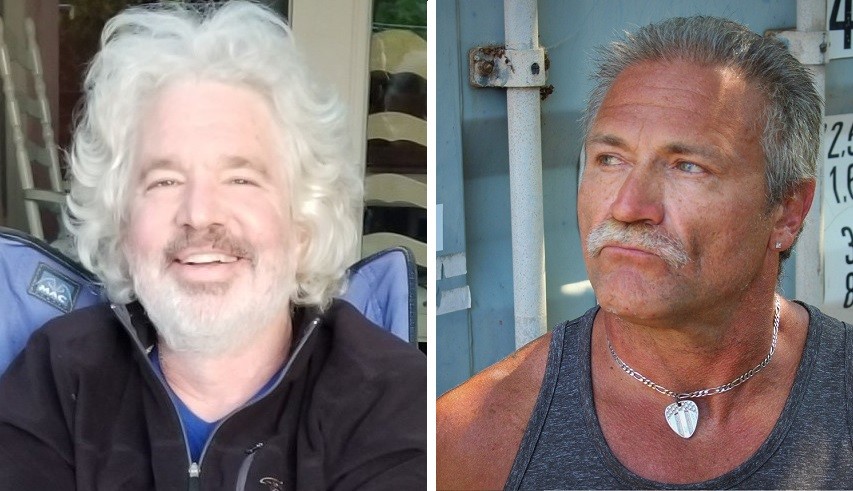 By Dave Dahl and Jathan Janove

Before creating Dave's Killer Bread, Dave Dahl spent 15 years of his life in jails and prisons. In his numerous encounters with police and corrections officers, their approach was always force or threat of force, obedience or physical suffering.

In 1989, using a knife and to support his drug addiction, Dave held up a store. He was soon arrested and thrown in jail. After two days in a cell without food, he demanded something to eat. A detention officer responded, “We don't feed armed robbers.”

A group of officers pulled him out of his cell and begin beating him with sticks. Dave covered up. A large officer put him in a chokehold. Dave couldn't breathe. He felt he was about to die.

Dave’s life was saved by an eruption of blood from his throat, splashing blood everywhere. Even the officers were scared. The big cop released the chokehold.

If you meet Dave today, you'll notice that he speaks with a very hoarse-sounding voice. It's the product of that 1989 chokehold.

Now approaching age 60 with a highly successful business venture behind him and currently working as a philanthropist supporting Second Chance Employment and other initiatives, Dave holds no bitterness toward law enforcement. He freely acknowledges that his behavior was far from exemplary, not only with the crimes he committed but the way he responded to law enforcement.

Hostile, Threatening Situations can be Deescalated Without Force or Threats of Force

In the 1970s, a friend of Jathan’s, “Sam,” achieved his dream of becoming an LAPD police officer. He got called to a domestic disturbance in Watts. He and two other white police officers arrived at the call and encountered a large Black man. The man stood in a narrow doorway so they couldn't surround him. He said he was going to beat up each of the cops, one at a time. Sam approached him and said, “Okay, we agree to fight you, one at a time. However, I’d like to go last.”

A puzzled look came over the man’s face. He said, “Why?”

Sam responded, “I figure you might be tired by then, so it’ll give me a better chance of taking you.”

The man’s anger dissolved. He held out his wrists. Sam cuffed him and took him into the station without incident.

Two days later, Sam was notified to see the captain. Expecting praise or a commendation, he was shocked when he received a reprimand. “You showed weakness,” the captain said. “You had weapons. Instead, you embarrassed the LAPD.”

What Sam did, and what the captain failed to appreciate, was de-escalate a potentially violent encounter by listening and responding to what he listened to. In the many tragic-horrific videos of encounters between the police and African-Americans, you almost never see the officers actively listen and respond to what they heard. Instead, it’s essentially “obey or get hurt or die.” Lost are opportunities for verbal engagement to deescalate the situation without force.

Conventional martial arts center on blocking strikes and then striking attackers. These arts are defensive in nature yet can result in the injury or death of the attacker. By contrast, Aikido centers on blending with the attacker, conserving your energy and maintaining your balance as you maneuver the attacker to a position where no one gets hurt. Instead of fight or flight, you engage with your opponent. Instead of blocking and striking, you blend in, moving with attackers while maintaining your balance and conserving your energy, and while requiring attackers to expend their energy and struggle to maintain their balance.

The principles of physical Aikido apply to verbal Aikido. Hostile words typically invoke a fight or flight response. “That’s the stupidest thing I ever heard!” can produce flight or it can produce fight. “Yeah. Well, you’re the stupidest person I ever met!” An Aikido response would be to ask a question such as “What makes it the stupidest thing you ever heard?” Or, “Wow, the stupidest ever. What’s #2?” Either way you turn the attack into a conversation using your listening skills to deescalate the conflict.

Winston Churchill once helped Jathan avoid a bar fight. Late on a Friday night, a large and evidentially inebriated man took exception to something Jathan said. He put his face close to Jathan’s and made it clear he had aggression on his mind.

Jathan responded by asking questions. At one point the man who was Black said, “I’m from Northeast Portland and I haven’t been shot!”

Jathan said, “that reminds me of a quote by Winston Churchill.”

“You may like this quote: ‘There is nothing so exhilarating as to be shot at without result.’”

The man was silent so Jathan repeated the quote.

The man’s body posture and facial expression changed. He smiled and said, “You know what – I do like that quote.” The parties shook hands and the incident was over.

Another example occurred on the basketball court. Things got chippie between two players on opposing teams. After a contested rebound, one player hit the ground and came up with a bloody lip. He swore, cocked his fists, and stalked toward the other player who stood his ground.

Just as blows were about to be struck, Jathan stepped between them. He knew that the one with the bloody lip was an attorney in a prominent law firm. Jathan said to him, “Mark, it looks like you need a happy thought. What if you could bill your clients all the hours you wanted to bill, and your clients paid for them promptly and without complaint. Isn’t that a happy thought?”

Jathan’s admittedly not-ready-for-primetime attempt at humor sufficiently discombobulated both players such that anger left them. The offending player apologized and they shook hands. The game continued without further trouble.

Recently a friend of Jathan’s talked her way out of a road rage incident. A belligerent driver blocked her car, got out, and began yelling threatening epithets at her. She managed to shift the conversation to the respective colors of their cars, explaining that she preferred his car color to hers, and that perhaps this had something to do with her problematic driving. The conversation didn’t go on for long but as she said, “The shift in topics clearly confused him. He muttered a couple of expletives, got back in his car and drove away.”

Like any soft skill, verbal Aikido takes practice. The critical ingredient, however, is simple: curiosity. Throughout the encounter, focus on what is prompting your opponent to act as he/she acts or say what he/she says. What might you say or do that would redirect their thinking from a fight/flight state of mind to one without anger or hostility? Being curious makes room for other options to be considered, resulting in other possible actions and outcomes.

Judging from Dave’s personal experience and the videos we’ve seen, this skill is largely missing in law enforcement. If police officers were trained in skills such as verbal Aikido, many tragedies could be averted. We’re not saying Aikido has to replace the gun, the taser, the tear gas, the pepper spray, the baton, etc. Instead, consider it a high-value tactic to defuse a situation and keep the peace. Give it an earnest opportunity to work; an officer always has other options when de-escalation is not successful.

A lost opportunity for verbal Aikido

Recently, a video showed a confrontation between Portland police officers and an obviously mentally disturbed protester. The protester was not armed, but she stood in front of their squad car so that it couldn't move. The police showed restraint, not responding to the nasty things she yelled at them. Patiently, they kept repeating that she needed to move out of the way or be arrested. It’s obvious the officers didn’t want to arrest her. Finally, after it became clear she wasn't going to move, they arrested her.

During her tirade and before they arrested her, she didn't just mouth epithets. She said several other things including repeatedly shouting, “I have a college degree!” The officers never responded to any of these comments, yet they presented golden opportunities for verbal Aikido: “That’s great, what school did you attend?” “What did you study?” “That's funny; I have a cousin who went to that school” and so on.

The officers showed restraint in this situation, and they deescalated the situation sufficiently well to make an arrest without violence. However, had they been trained in soft skills such as verbal Aikido, it’s unlikely an arrest would have been necessary. Instead, between police officer and protester, a positive connection could have been made.

Dave Dahl is the “Dave” of Dave’s Killer Bread and currently serves as a community philanthropist at davedahl360.com with a passion for helping the formerly incarcerated find meaningful employment.

Jathan Janove is a member of Kesser Israel and works with several Jewish organizations in Oregon and elsewhere as an organization consultant and executive coach. He is the author of Hard-Won Wisdom: True Stories from the Management Trenches (HarperCollins 2016). jathanjanove.com

OPINIONS printed in the Jewish Review do not necessarily reflect those of the Jewish Federation of Greater Portland, its governing board or the staffs of either the newspaper or the Federation.