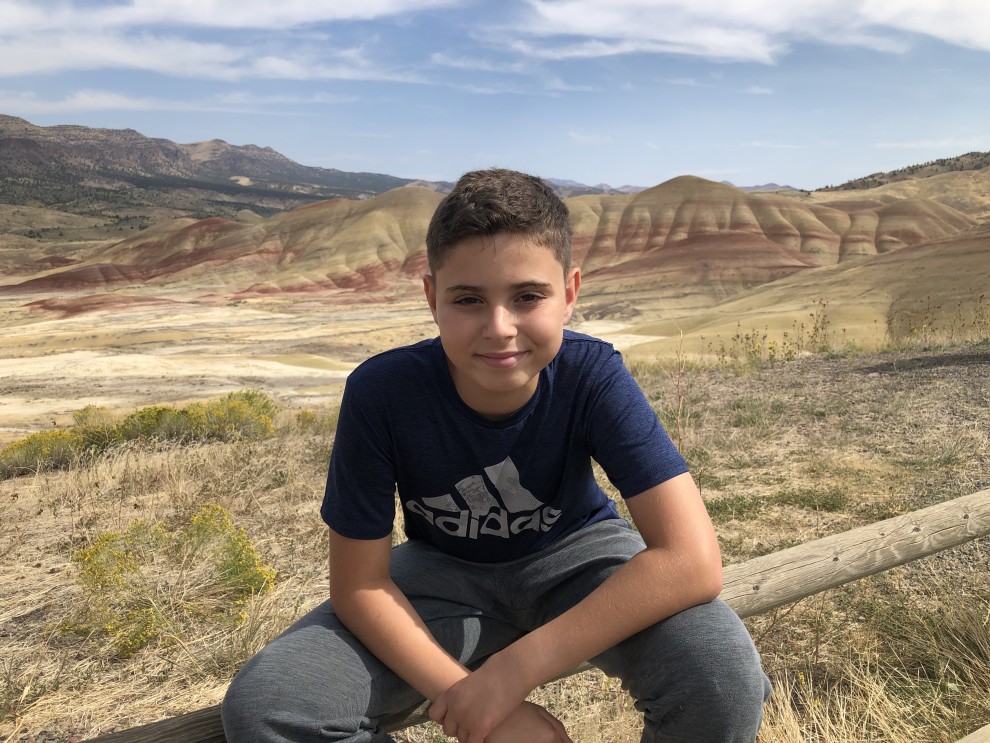 Four Portland Jewish Academy middle schoolers are winners of the 2020 Cascadia Poetry Contest for Oregon’s K-12th grade students.
Although there won’t be an award ceremony this year, the students will still receive a certificate acknowledging their achievement, a $10 prize, and two copies of the Cascadia 2020 Anthology, where their winning poems will be published.
PJA offers a big yasher koach to 8th-grader Liana Kressel; and 6th-graders Lily Manne, Noam Peleg and Zoe Sweek; and to their writing teacher, Middle School Humanities Teacher Harriet Wingard.

A Soaring Melody
by Liana Kressel

Just a bundle of wood
and string but when played
it is as light as air and with a voice
so clear it might as well be human,
the bow coaxes out the notes
and makes them sing
oddly in tune,
a perfect C#
Some songs making you
weep with sadness, or overflow with
joy, needing no other instrument
to harmonize, it makes you forget
that such a human could
make a strong and
fragile thing

One silent spring morning, there was no trill
Not a single tune and all was still
The caged bird broke his bars of rage
For now he was free of his cage

That silent day, at last he flew
Escaping from the world he knew
And for a moment, he stood still
Before releasing his final trill

For that was the caged bird’s last song

Bam!
He’s dead.
The choice wasn’t mine,
Yet the blame is.
The gun’s scream sounded too much like my voice.
“You did good,”
they say.
“He deserved it,”
they say.
They just don’t know.
Emmet Till...
Did he deserve it too?
I learned his story.
All their stories.
All the stories that shouldn’t exist.
My father lied.
What if the gun chose me?
But I am day, not night.
Why should that matter?
Aren't we all just stars?
Will he help?
Will he let me make a change?
Do I give him a chance?
Or does the ghost boy get justice?
Do I choose the one who gave me life, or the one whose life was lost?
I choose both.

Take the leaflets.  I sneak upstairs and post some up.
Don’t be seen. I slip back down the stairs and take the last stack.
Let them know. I go back upstairs and pause.
Make the move. I let them fall, like doves from above.
The bell rings. I hear hundreds of pairs of feet about to learn the truth.
The custodian approaches me. Somehow he knows.
He alerts the Gestapo. We must be strong.
Don’t let him know. He pesters us with questions.
The truth burns inside me. We have to tell someone.
Our secret is exposed. Time is short.
His voice rings out. Sentenced to death.
Our story will live on. We look at each other for the last time.
I am the first to go. I count to three.
I feel myself floating. Up, up, and up.