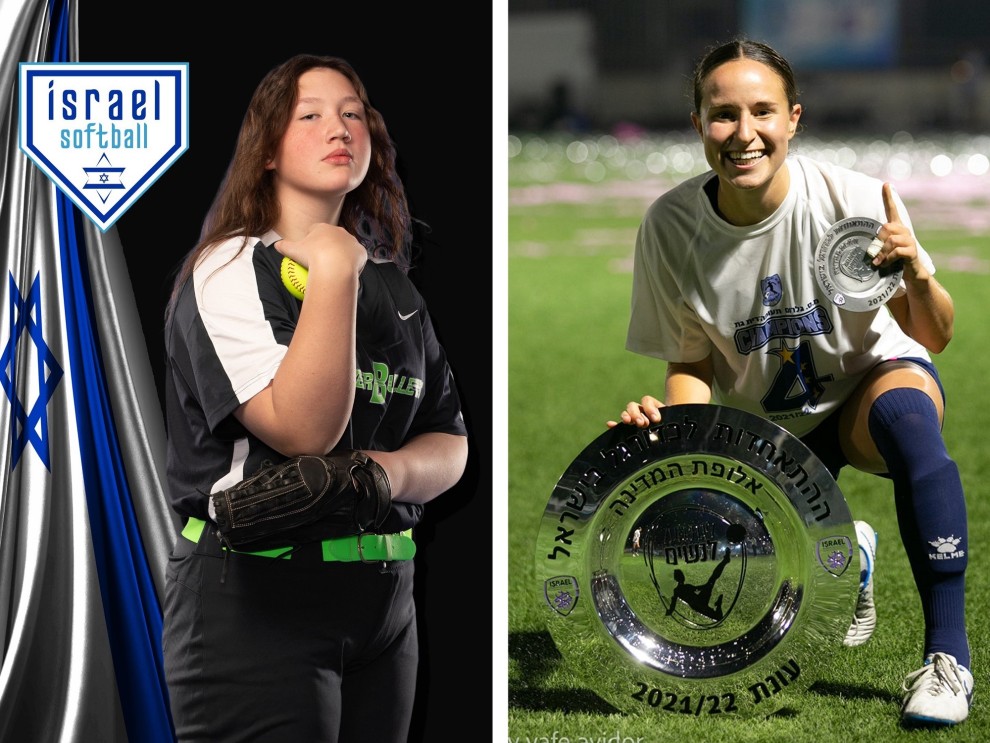 BY DEBORAH MOON
Portland Jewish Academy graduate Elianna Beard scored the winning goal in the final of the Women’s National Cup in Israel.
Her team, FC Kiryat Gat, won the National Cup final 2-0 on May 30.
“I scored the first goal,” says Eli. “When I look back on my career, it’s definitely one of the most memorable moments for me.”
“I started playing soccer when I was 8,” says Eli. She played club soccer in Portland and then on her high school and college teams. “I started my professional career in 2018 playing in Champions League with a team from Kazakhstan. I made Aliyah in 2019, and this is my fourth season playing in the Israeli league. If I stay one more year in Israel, I will then be able to play with the National team, which would be a huge honor.”
The daughter of Peter and Leslie Beard, Eli graduated from PJA in 2010. She attended St. Mary’s Academy for high school and graduated from Marquette University in 2018.
FC Kiryat Gat won the league and the Athena Cup, in addition to the National Cup this season.
“Because we won the league, we have qualified for Champions League, the most prestigious club competition in European soccer,” says Eli.
Those games begin in mid-August, and Eli plans to be back with her team to compete in the European competition. She is currently in the United States. After visiting Richmond, Va., she came to Portland this week to visit family and friends for a week.
“Winning the league with my team was incredible,” she says. “I’ve put in a lot of work to get to this level but really wouldn’t be here without all the support from back home.”

BY DEBORAH MOON
Portland-area athlete Josephine “Jojo” Zober Appling will be on the first Israel Softball Association 12U Israeli national team for one of the biggest international stages for youth softball, the European Massimo Romero Youth Tournament in Italy.
An event of the World Baseball Softball Confederation Europe, the prominent tournament is the European championship for softball players 13 and under.
Team Israel includes players of Israeli citizenship and U.S.-born players with Jewish or Israeli heritage.
“We are excited to have assembled the first 12U Israel National Softball Team ever to compete at the EMRYT tournament in Italy this summer,” says ISA Executive Director Ami Baran. ISA is the governing body of all organized softball in Israel. “For decades, we have worked to build Israel’s youth program, and it is international opportunities like these that help to establish our country as a true competitor on the softball field.”
Jojo joined her first Little League team in 2018. She earned a spot on the All Star team two years in a row and was the MVP on her travel team for the past three seasons. Her favorite quote is from “A League of Their Own”: “The hard is what makes it great...”
Jojo is currently a member of Silver Bullets Larson 12U; she is a passionate player who thrives on the camaraderie of her softball sisters. She will join Team Israel at pitcher, first base and anywhere else her team needs her. She is looking forward to learning some new cheers in Hebrew.
“I’m really excited to represent strong Jewish women and show my passion for softball,” says Jojo.
The daughter of Elle Zober, Jojo’s Hebrew name is Rachel bat Esther, for Elle’s Aunt Roberta, who passed away shortly before Jojo was born. Her naming was at Congregation Neveh Shalom. Elle, Jojo and brother Stockton live in Aloha.
It was the family’s uncommon name, Zober, that first brought Jojo to the attention of the Israel team organizer. Early in the pandemic, JoJo Zober Appling was attending a virtual class presented by Monica Cecilia Abbott, an American professional softball player and silver medal-winning Team USA Olympian. Yarone Zober of Philadelphia saw the Zober name on the Zoom screen, and the two families connected.
Elle says she is not sure how the two Zober branches are related, but she is convinced they are. She shared the origins of the West Coast branch of the family: “My great-grandfather, Benjamin Zober, and his wife, Pauline, came to America from Brerpe, Russia, in 1913 as part of a deal where my Great Aunt Sarah Zober was a mail-order bride. Benny was a pushcart vendor at the Pike Street Market. Records for all the family were not well kept, though we do know Benny’s brother, Morris, and his family died in the Holocaust.”
Yarone followed Jojo’s growth in softball, and when he was tasked with recruiting American players for the Israel team, he invited her to join the team. Yarone serves as team manager and David Siegel, of California, is the team coach.
Currently, the team meets Monday evenings on Zoom. They will be in Italy for 10 days in August and will be able to practice together before the tournament begins. The 2022 EMRYT Tournament will take place Aug. 10-13, 2022.
Initially, they turned down the offer because as a single mom, Elle felt the family could not afford it. But ISA has organized a fundraising campaign to help cover travel expenses for those players who cannot afford it: my.jnf.org/
team-israel-softball.
Jojo is excited to play alongside girls from Israel and is excited to meet people from other countries.
“The world is huge, and you can have a lasting impact when you meet other people,” says Elle of the international tournament.
Elle is very proud of her daughter, and she’s not alone.
“My grandparents were huge Dodgers fans, and I know they would be so proud of Jojo,” says Elle.