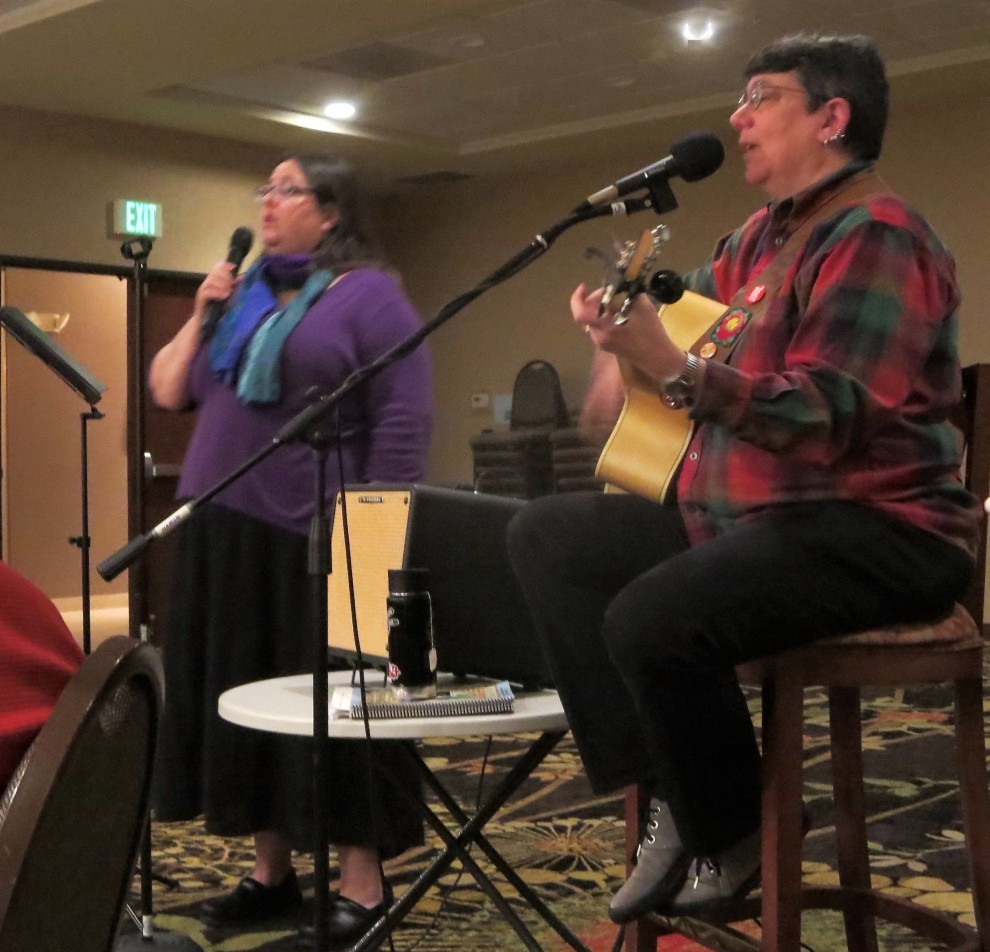 SHARE YOUR STORIES
As the world shifts to a virtual existence for the foreseeable future, the Jewish Review won't be featuring pictures of community events. But we do want to share news about how the community is coping with, and even thriving in, these trying times.
If you have stories or ideas, please contact Editor Deborah Moon: editor@jewishportland.org | 503-892-7404

IJS finishes run with Weekend in Quest
The Institute for Judaic Studies of the Pacific Northwest presented Weekend in Quest, a study weekend in Astoria, March 6-8. The study weekend in Astoria drew 70 people. The program was the final program under the auspices of IJS.  IJS is transitioning its programs to the Oregon Jewish Museum and Center for Holocaust Education.
Professor Evlyn Gould was the scholar for the weekend. She spoke on “Friends, Foes, Fanatics and Proto-Fascists: The Dreyfus Affair in fin-de-siècle France (1894-1906).” Gould is College of Arts and Sciences Distinguished Professor in the Humanities and Professor Emerita of French at the University of Oregon.
“It was a great weekend with stimulating lectures by Evlyn Gould,” said IJS Executive Director Sylvia Frankel, who is moving to Israel later this spring. 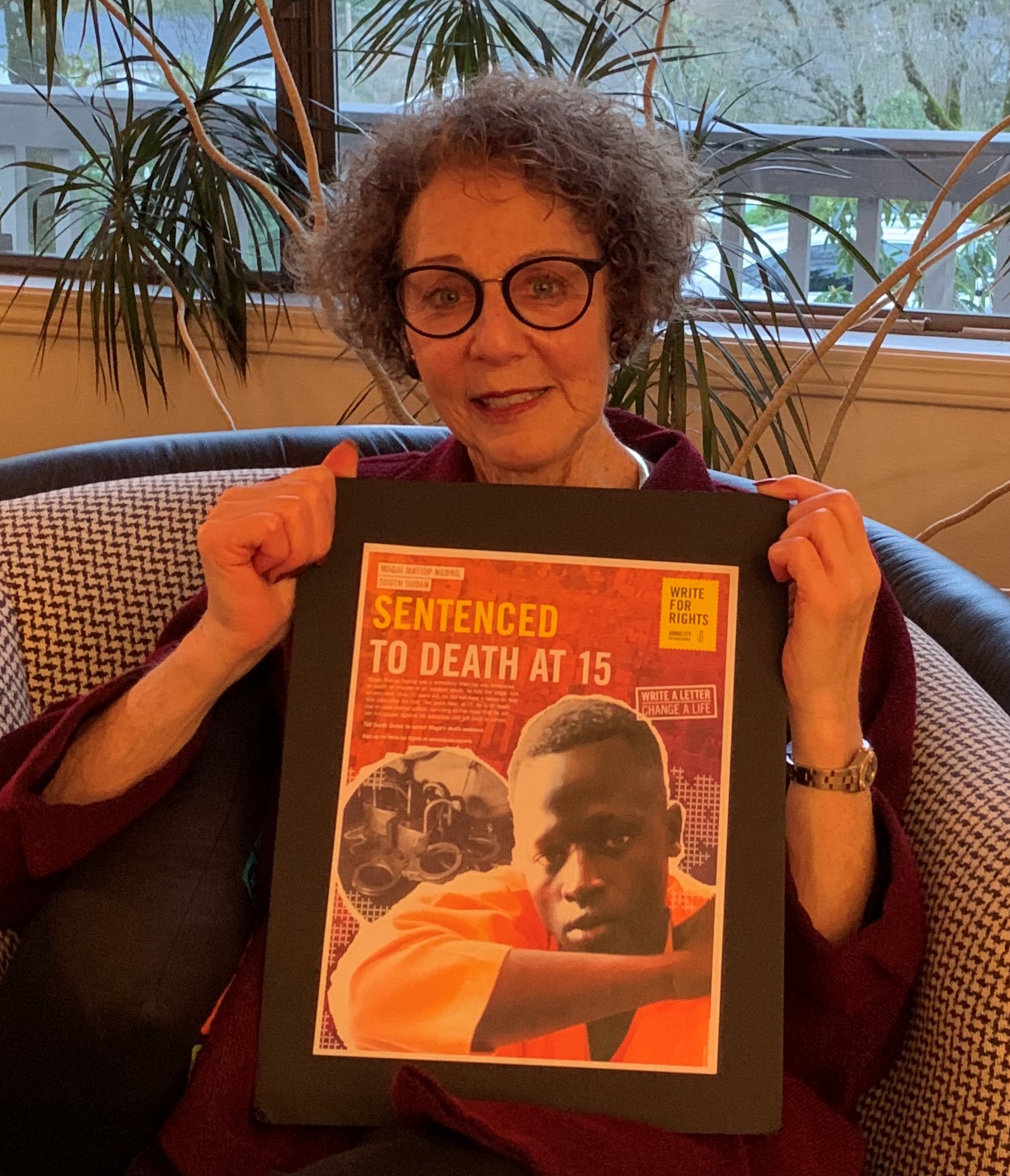 At the end of January 2020, 13 “Bubbes” joined Dale Oller, M.D., to participate in the Amnesty International project called “Bubbes Write 4 Rights.” Across the world 10 children under 18 are imprisoned for expressing human rights issues in 10 different countries. The photo of the young Sudanese boy, held by Oller, shows a child slated to be killed by his government.
“We wrote 60 letters to their governments and parents to say we have not forgotten them,” says Oller, who is a member of Amnesty International Chapter 48 of Portland. She is also active in Portland’s grassroots group the Never Again Coalition.
Anyone interested in joining either group is welcome to call Oller’s office at 503-203-1777. 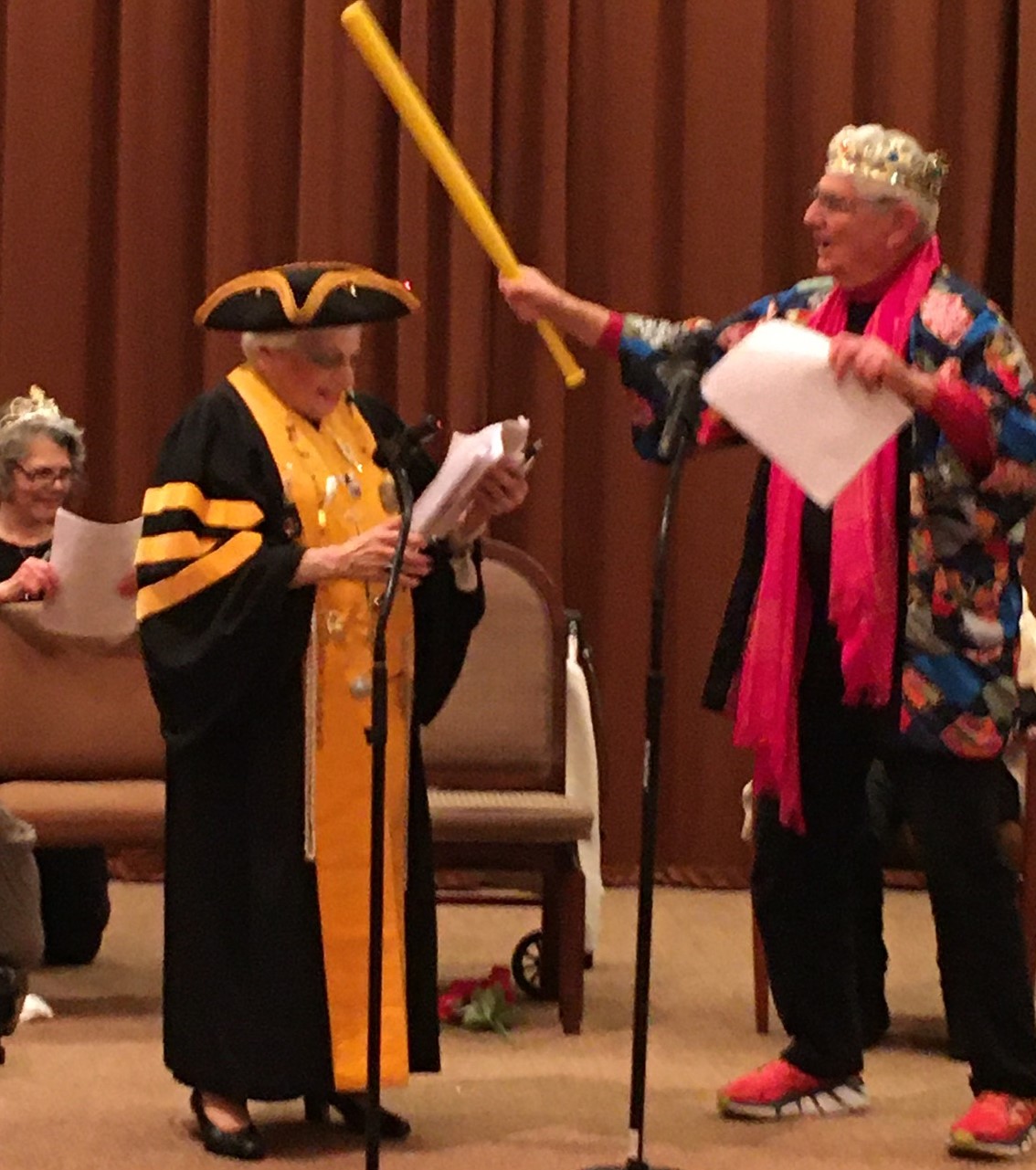 Shyrlee Goodman as Haman and Arthur Ginsburg as the King perform in Cedar Sinai Park’s Purim Shpiel.
The shpiel was performed twice: Erev Purim, March 8, in Rose Schnitzer Manor, and March 10 in the Harold Schnitzer Center for Living.
Maggid Cassandra Sagan wrote and directed an excellent cast, which also included Olive Eng as Esther 1; Marion Gans as Esther 2; Maggie Portrait as Mordechai; Jane Schindler as a servant and Haman’s wife; and Marie Godfrey as Vashti. Sonia Liberman was the narrator.

PJA student art showcased at MJCC
The PJA Showcase, which followed Jewish Arts Month at the Mittleman Jewish Community Center, featured current works by Portland Jewish Academy students at the MJCC March 2-6. It included works from grades 1-8 and all art media from drawing and painting to sculpture and fiber arts.
PJA’s art program, which begins in the Early Childhood years, continues in the Lower and Middle School with a focus on Teaching for Artistic Behavior. Lower School classes spend one period a week in the art studio. Middle Schoolers can elect an art exploratory each trimester.
Art teacher Alisa Scudamore begins her classes with a brief demonstration or discussion to inspire new ideas from the students. She might demonstrate an artistic technique, a new tool or discuss an artist’s work. Students are then free to explore their personal interests – such as drawing rainbows, building 3-D sculptures or weaving – in the art studio.
Different areas of the art studio are opened throughout the year as students demonstrate readiness.