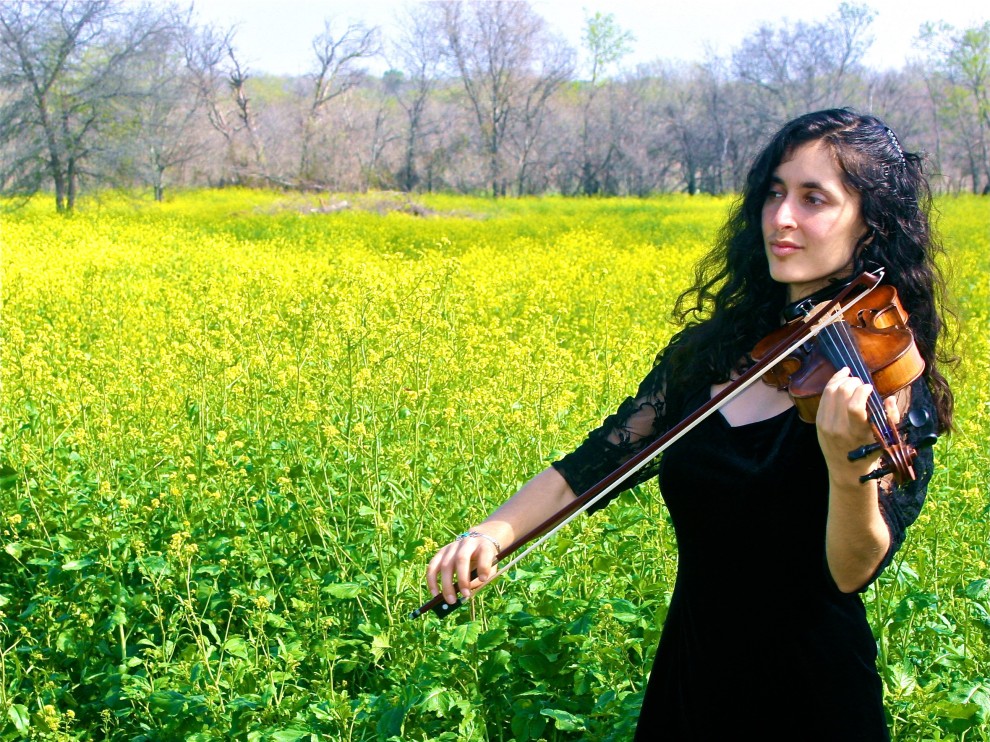 Portland prides itself on its diverse and vibrant music scene. But with the pandemic-related closing of venues, local musicians have had to reinvent themselves, searching out online opportunities and brainstorming new models of performance. While the pandemic has brought many challenges, some artists, including the Jewish musicians profiled in this article, are finding that its limitations are helping them to refocus on what is really important to them.
Lisa Lipton, a clarinetist and composer who serves as executive director of the Opera Theater of Oregon, explains, “Right when COVID hit, I had two tours planned. And at first, it was really rough, because I had all these things that were canceled. I had a solo show planned for my birthday.” Lisa, who books Polaris Hall, decided to use the venue to Livestream without a live audience. So after a successful solo performance, she began hosting Opera Theater of Oregon performances there as well.
The company commissioned the first African-American composer in its history, Damien Geter, to write “Invisible: A Virtual Songspiel.” The work was adapted from the prologue of Ralph Ellison’s novel Invisible Man. “After that, there were a lot of things that we wanted to do, or we had programs to do, but we couldn’t do them because they weren’t live,” says Lisa. “So I basically pitched a new idea called ‘Dream within a Dream,’ which we’re working on right now.” This 12-episode multimedia work, which is being funded by the Miller Foundation, is about Lisa’s “weird pandemic dreams.” Episodes will be viewable at the Opera Theater of Oregon website in early October.
Lisa is also a busy performer with years of experience playing klezmer music. She recently recorded klezmer-inspired tracks for the film score of “French Exit,” a movie featuring Michelle Pfeiffer. The clarinetist also performs with Fredson the Jeffy, a contemporary improvisation trio with klezmer influences.
Violinist, singer and Jewish music expert Michelle Alany has used her time during the pandemic to pick up yet another instrument – the accordion.
“I never got the technology together to really do the Zoom thing, so I didn’t do a lot of online stuff,” she says. “And then (I was) thinking, I now finally have time to work on all these music projects. But emotionally, I was feeling really stuck and not really able to access the violin.” Fortunately, a colleague gifted Michelle with an accordion, and she began to take Zoom lessons with local accordionist Mike Danner.
Through the accordion, Michelle found her way back to the violin. “Just beginner’s mind again, having that freshness. We did some remote recording projects and then a few lawn concerts … (we were) finding these moments of connection outside.”
Michelle began to play outdoors frequently. “Now a lot of venues are struggling, and it’s hard for them to figure out protocol. Outdoors people feel safe, and when you have the option and the weather, it has a huge impact in terms of just alleviating a lot of concerns.”
She soon discovered that this option poses its own challenges. “There’s a whole side of, wow, I have to figure out how to get a PA and set up and basically create a venue,” she says. “And to deal with all the ticket purchasing and RSVPs, and all the things that I have to transmit in terms of information for all the people that want to come to a show at a place that is normally a backyard.”
The Driveway Jazz Series, which is hosted by this writer, is an outdoor, socially distanced concert series that takes place on the front lawn of a SE Portland bungalow. The shows are streamed live on Facebook. The series, which has been funded by the Regional Arts and Culture Council this year, is a way to support local jazz musicians and nurture the community in a COVID-safe way. Artists have included veteran bassist Chuck Israels and Pink Martini vocalist Jimmie Herrod.
Rather than perform outdoors, acclaimed pianist/composer Ezra Weiss conceived of an online musical revue called “Is Everybody Here?” The revue also included Jimmie’s vocals. Ezra says, “It was right when the pandemic started in March 2020. I just sent email to some friends, because I knew that for everybody, all of our stuff had stopped. All of a sudden, we all had a lot more time.” The theme of the revue was the coronavirus crisis. Ezra commissioned different artists to write their own material, while he contributed some of his own.
“It evolved very organically,” Ezra says. “(Blue Cranes keyboardist) Rebecca Sanborn sent me this email with the song that she had done; it’s just epic and beautiful. So once she did that, I heard it and was like, well, now we have to do it.”
Ezra talks of how the revue helped to dispel the isolation that everyone felt. “Especially at that time, we were all just in front of our computer screens. I felt very distant from everybody. So that night, I remember feeling like we’re experiencing this event together.”
In addition to producing the revue, Ezra has been using his time to focus his energy on his family and a new project: a musical theater work based on Benny Zelkowicz’s The Golem’s Gift.
“It was supposed to open at the Northwest Children’s Theatre last May; it had been commissioned before the pandemic,” he says. “Obviously, they canceled their season. So (Benny) and I’ve been writing this, and it’s gotten way bigger than it ever was supposed to be because of the pandemic.”
He adds with a laugh, “It’s the most Jewish thing I’ve done since my bar mitzvah.” The score draws from klezmer music.
While the pandemic has been a difficult time for the Portland musical community, local musicians continue to exhibit creativity and ingenuity. And the increasing variety of online and outdoor performance options is keeping the scene afloat.

Portland singer songwriter Stephanie Schneiderman is set to release her first solo album in nine years. The Portland album release party, originally planned as a fully in-person affair, will be livestreamed on Facebook Live at 7 pm, Oct. 16, from the gorgeous and spacious confines of Portland’s brand-new Tree Farm Building in the Industrial District of Inner SE, overlooking the Morrison Bridge. A limited number of VIP tickets are available at Brown Paper Tickets, but the concert will be streaming worldwide.
The album will be available for download via her Bandcamp page beginning Oct. 1. As a lead up to her CD release, and in true pandemic-era innovation, she is playing three unplugged sets at three iconic Portland locations. She’s calling this “City Serenade.” Fans can purchase the new album in person and hear stripped down versions of her new songs with the ambient city sounds as her backing band. The first was Sept. 26 in Forest Park. Still to come are 1 pm, Oct. 3, at Tilikum Crossing Bridge and 1 pm, Oct. 10, at Albina Railyards.
While this is the first solo album in several years, Stephanie has remained busy with other artistic adventures.
“I’ve been involved with the Jewish community in many ways, mostly as a performer,” says Stephanie, who produced the first three Oybaby/That Baby CDs. “My good friends up in Seattle, Rob and Lisi Wolf, created a video for young Jewish kids and asked me to create the accompanying soundtrack for Oy Baby, Oy Baby 2 and That Baby. My sisters, Lisa and Kim (Schneiderman), joined me in the recording studio, and it was a really successful project.”
Through the years, she has performed for B'nai B'rith Camp, Mittleman Jewish Community Center, Congregation Neveh Shalom, the Jewish Federation of Greater Portland and other Jewish groups, as well as at Jewish weddings and funerals.
She has been busy recording and touring with her all-female collaborative, Swan Sovereign (formerly Dirty Martini), which has two releases – Arctic (2014) and Valentine (2017).
Stephanie has a keen passion for tikkun olam and giving back. She organized Portland’s first humanitarian concert series, Voices for Silent Disasters, which raised $70,000 for Mercy Corps in Uganda. Now she is penning a musical that raises awareness about human trafficking, which she has spent a great deal of time researching.
This new album combines her past sonic explorations – folk, Americana, trip hop and pop – into a beautifully dark and deeply introspective recording that is as lush as it is intimate. Funded through pre-purchases and house concerts, Crossfire is a self-released labor of love that celebrates both her community and her maiden voyage as self-producer.
“It was empowering to tap into all of my experiences throughout my career and to wrap all of that wisdom into the writing, arrangement and production of this album,” she says. “Recording two electronic albums ... learning to play drums ... writing with Swan Sovereign – musically, this feels like the fusion of all the places I’ve been.”
To download the album, visit stephanieschneiderman.com/
crossfire-digital-download.
Get Oct. 16 concert tickets at brownpapertickets.com/event/5239719 or join online at  facebook.com/StephanieSchneidermanMusic/live