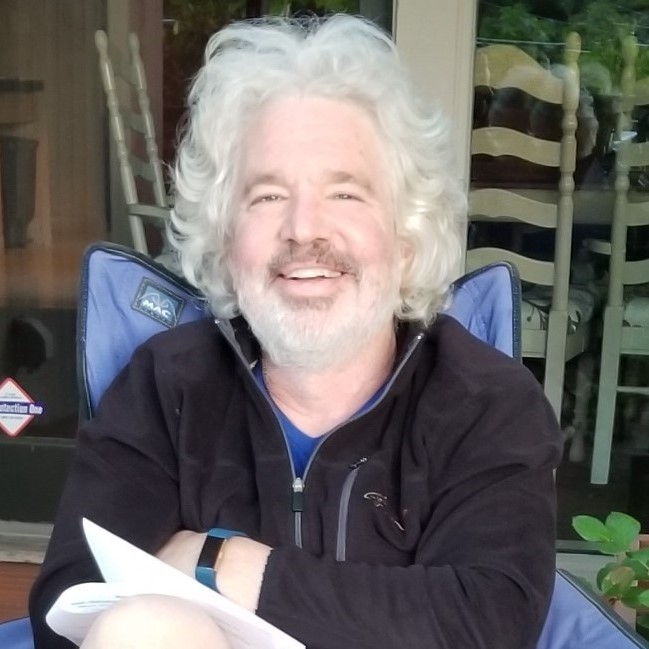 Jathan Janove is an author, columnist, executive coach and organization consultant. During this difficult time, Jathan has been interviewing people about their lives, values and priorities.

My buddy Adam Greenman, a member of Kesser Israel, has had an interesting career path.

Let’s start with Hollywood. How did you become a screenwriter?

My father had been a successful child actor and moved from New York to LA to further his career. Unfortunately, he grew out of his cute phase and the acting work dried up. Yet he always pined to get back into the movie business. Growing up in that environment, that same desire rubbed off on me.

Success in school was never a priority, but in a desperate attempt to improve my C-minus average, I made a Super 8 movie with my best friend who had similar dreams and less than stellar grades. We each received “extra credit” for the effort, but we were hooked by the love of filmmaking. We went on to shoot lots of our own “student films” and eventually worked our way up to purchasing a 16-millimeter camera. We won a couple of local competitions and by then we were sure we were going to be the next Steven Spielbergs.

However, my academic “success” prevented me from getting into the UCLA Film School so I took some classes at a local junior college while still trying to crack into the movie business.

What was your big break?

I got a job as a location manager, scouting places for filming and making logistical arrangements for the shooting. I got to work with directors and producers. It was a great job and lasted a little over four years, but it wasn’t leading me to a career as a famous film director, so I changed my approach.

My new plan was to write a script so good I’d be allowed to direct it. I committed myself to writing every day and tending bar at night to support myself. This went on for several years and more than 10 different attempts before I came up with a script that drew interest. I was suddenly being courted by the most powerful agents in town. Everyone told me I was “the next big thing.” But the script never actually sold, and the agents stopped returning my calls, and before I knew it, I had to go back to the only thing I could do to support myself – bartending.

There must be a lot of Hollywood wannabes in LA.

Absolutely. You’re either in “the business” or aspiring to be. Everyone from the person taking your money at McDonald’s to the person picking up your garbage each week had a script they carried under their arm. I was no different and at that point, in my later 20s, I wasn’t sure I ever would be.

Yet I kept writing. And in my frustration I gave up on trying to be “commercial” and wrote a script about a love triangle between a male escort and two lesbians. It was called “Three of Hearts,” and unbelievably it was the script that broke me back in. From there I was solicited by CBS to write scripts for what was known at the time as the Movie of the Week.

How did Portland enter the equation?

My wife, Robin, gave birth to our daughter, Eleanor. We decided we didn't want to raise her in LA. As a screenwriter, I thought my work was portable so long as I could easily get back to L.A. to take a meeting.

We decided to look for a place on the West Coast with good public schools. Portland checked the necessary boxes and we moved here in 1995. We bought a home in Northwest, thinking Eleanor would go to Chapman public school.

Is that what happened?

Well, I guess you could say G-d had other plans. Growing up in LA, both my wife and I were highly assimilated. However, after Eleanor was born, we thought we had an obligation to know at least something about the religion that we could impart to her. We took an Introduction to Judaism class designed primarily for people wanting to convert. The rabbi conducting the class encouraged us to attend religious services, which we started to do, never expecting to find some real meaning for ourselves.

After moving to Portland, we bounced around from synagogue to synagogue until one day I read in the local Jewish Review an article about a class being offered by a new rabbi in town named Oppenheimer. He’d come to revive a tiny Orthodox congregation in town, and I thought, well, it wouldn’t hurt to attend his Wednesday Pirke Avot class being held in a downtown law office.

On the first day of the class we happened to be in the elevator together. He asked me my story and after I told him he exclaimed, “You're the reason I came to Portland!” I told him he was gravely mistaken, but he wouldn’t take no for an answer and insisted we come to his shul for Shabbat services.

What’s it like going from assimilated Jew to attendee at an Orthodox synagogue?

I’d say it’s akin to visiting another planet. Robin and I were clueless and of course did everything wrong. For instance, thinking it was bashert that we could find such a good parking space directly in front of the shul’s front door when driving to Shabbat morning services. You could say we had a lot to learn.

What made the transition stick?

Primarily our daughter. She loved the place and she loved Jewish observance. Eventually Robin and I became acclimated and Kesser Israel became our shul.

How did your public school strategy work out?

Well, as they say, “people plan, G-d laughs.” With Eleanor's interest in Judaism, we enrolled her in the Portland Jewish Academy where she had a great experience. We met lots of other parents who became our friends, and eventually we moved to Southwest.

PJA must have liked having a successful Hollywood screenwriter in its midst.

Well, I thought so, especially because, for its annual fundraiser, I was asked to provide an original movie script to be auctioned off. I was highly flattered and gave a lot of thought to the various scripts I’d written. When I offered one up, however, I got an unexpected response. “Oh no. We didn't mean one of your scripts; we want a famous one like Fatal Attraction.”

So much for my being a local celebrity.

How was the Hollywood biz going at the time?

Just fine. I was cranking out script after script. I believe I was on the verge of taking the next leap forward to directing but then, suddenly, the bottom fell out.

A new kind of programming emerged called, “reality TV,” which not only blossomed into every network’s cash cow but dried up the “Movie of the Week” business within six months.

Now, well into my 40s, I had no backup career other than bartending, which didn’t excite me. However, as a screenwriter, I’d written several courtroom dramas and thought, “Hey, I can be a lawyer!” After all, how hard could it be?

Little did I know. I somehow passed the LSAT and applied to Portland’s only law school, Lewis & Clark but then I encountered my next big problem. I needed an undergraduate degree to gain admittance.

On bended knee, I pleaded with Martha Spence, the dean of admissions, to overlook this omission. “Please let me in! I won’t even take up a chair or a desk! I’ll sit on an overturned trashcan in the back of the room!” To my everlasting gratitude, she let me in.

Was law school fun for you?

Well, kinda like root-canal. It was brutal and so much harder than I anticipated, especially since I hadn’t been in school in 25 years and even back then, I wasn’t much of a student.

I somehow managed to squeak by with a C average, and on my second attempt I passed the Oregon bar at age 51.

I got really lucky. I got my dream job: Multnomah County prosecutor. I loved the work and found I was good at it.

Did your screenwriting experience come in handy?

Well, on the one hand, “yes.” I knew how to tell a story and I found I could be persuasive to a jury. On the other hand, while my ideas always worked like gangbusters in the courtroom dramas I wrote, in real life, that wasn’t always the case. For instance, I was given a simple trespass case to prosecute. A group of kids dressed up as waiters and crashed a meeting of the Portland Business Association and pulled out bullhorns to start their protestations.

Not exactly the “crime of the century” but I wanted to somehow demonstrate to the jury how disruptive and disturbing that could be. If this were a scene I was writing, I’d have the lawyer character actually trespass himself into the jury box! “Brilliant!” … Or so I thought. So during my opening statement, I literally walked into the jury box and began moving around, watching the jurors twisting uncomfortably in their seats as I tried to pass through.

Suddenly I heard a piercing voice. “Mr. Greenman!” the judge shouted. “Get out of the jury box, now!”

I did as ordered and withstood a blistering tirade in front of everyone until the judge finally said, “You may continue with your opening statement.”

I turned again to the jury, now red-faced and bathed in sweat, and stammered the first words that came to my mind. “You see how disruptive trespass can be?”

Needless to say, by the time I got back to my office this story had spread to every attorney, judge and clerk in the courthouse. So much for the value of screenwriting in real life.

Any parting words of wisdom?

I don’t know about “wisdom,” but I can tell you I believe I’m the luckiest guy in the world. Lucky professionally, lucky as a husband, father, father-in-law and grandfather, and lucky to be part of the Portland Jewish community.