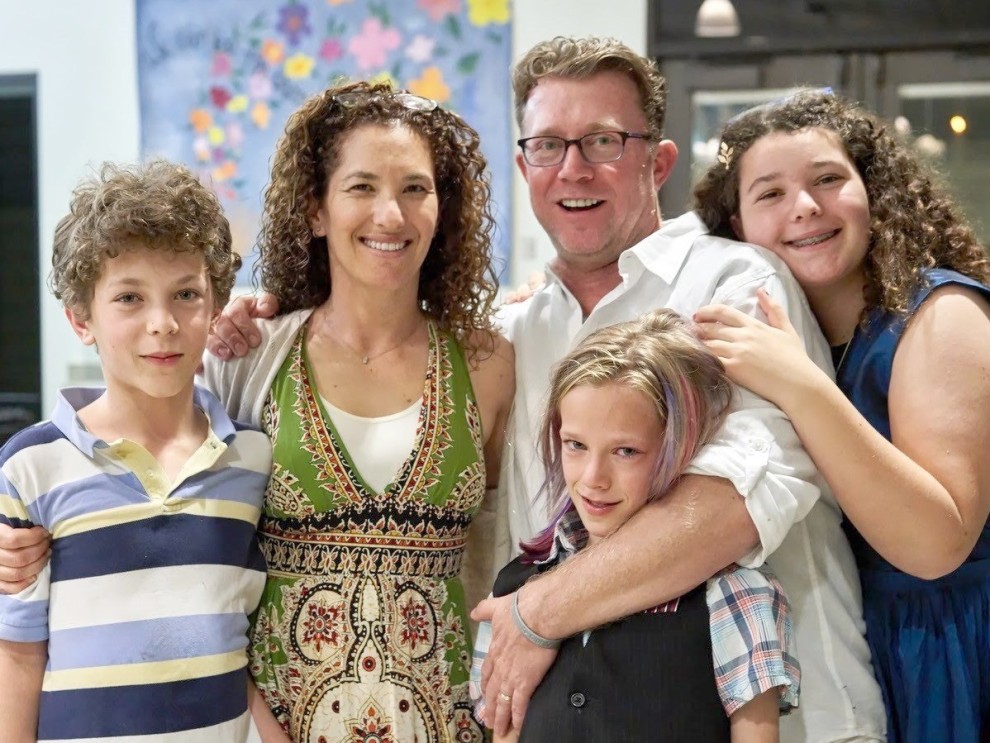 BY DEBORAH MOON
Congregation Shaarie Torah has hired Rabbi Gary Ezra Oren to serve as the Conservative congregation’s senior rabbi beginning July 1, 2021.
Rabbi Oren will become the 10th rabbi to serve the congregation since it was founded in 1905. He succeeds Rabbi Joshua Rose, who announced in January 2020 that he planned to conclude his role as Shaarie Torah rabbi in June of 2021.
Ordained in 2008 from the Ziegler School of Rabbinic Studies, Rabbi Oren has led two large congregations in southern California, was executive director of Hillel in San Diego, and during the pandemic has served as a hospital chaplain in San Diego. Previously he was vice president of community engagement at American Jewish University/Dean of the Whizin Center for Continuing Education and was on the faculty at Ziegler.
“I was drawn to CST because of the size and potential of the congregation,” says Rabbi Oren. “I served two very large synagogues, where it was difficult for me to know all of the congregants. I thrive on relationships, and CST was the both the right size to know the community personally plus has the ability to welcome in some new folks.”
He adds that during the interview process he discovered, “The leadership and community members were incredibly thoughtful and kind. In the world we live in, kindness is no small thing. I believe our tradition is all about growing our souls in order to reflect goodness and godliness into our communities.”
The rabbi says moving to Portland is also a draw. The family has vacationed here twice visiting sister-in-law Emly Oren, who was a founding resident of the Moishe House in SE Portland.
“Rabbi Oren was a standout among the 10-plus candidates we looked at over the course of the many months of this national search,” says CST President Daniel Petcher. “All those involved – the search committee, the board, the staff and the many affinity groups – feel like we found a very special rabbi who is just the right spiritual leader for our shul. … Rabbi Oren is a person of depth and decency. In other words, a mensch.”
That sentiment was echoed by Anne LeVant Prahl, who chaired the rabbinical search committee, which comprised 13 members representing the wide range of ages, stages and interests of the congregation.
“He felt very haimish (warm),” says Anne, noting he is very people-centered and connects well with young and old congregants alike and everyone in between. “He is really perfect for us.”
Rabbi Oren’s willingness to try new things combined with his firm grounding in halacha and Torah make him perfect for the congregation’s embrace of both tradition and modern facets of Judaism, Anne says.
“At the Ziegler School, I was taught to think critically and really search for the underlying values that animate our Torah and tradition,” says Rabbi Oren. “I was taught that mastering our ancient sources is only one part of the process.  … It is our job to apply the wisdom of our tradition to real environments in order to become God’s partners in continuing the work of creation.”
Zeigler was created to train a new generation of Conservative rabbis to address the spiritual needs of a changing North American Jewry. According to its website, the rabbinic program is dedicated to training Conservative rabbis who are not only deeply versed in Jewish texts and committed to Jewish traditional practice, but who can transmit the beauty and richness of Judaism to others.
“I love that CST has a long history of independence,” says the rabbi. “I feel that CST is ready to exercise that independence to create a laboratory of Jewish living in which we experiment with all kinds of new modes of learning and praying. I know that the framework of traditional Judaism creates lives of meaning and purpose. I hope to expand how folks experience the wisdom of our tradition in ways that they may have not yet encountered.”
The rabbi was also impressed that the leadership of the shul made sure young people were part of the process.
“I believe that our Torah must be a Torah Chayim – a guide to real life – and that the wisdom gleaned from our ancient texts must manifest in the public square,” he says. “I can’t wait to begin learning and getting active with the CST community.”  Rabbi Oren will move to Portland in July, with his family following in stages. In the fall, his daughter, Kinkajou (Kiwi), 14, will join him to start high school, likely the Metropolitan Learning Center. His wife, Sharone, and son Nadav, 12, will stay in San Diego until daughter, Ya’ara, 17, graduates from high school next spring.