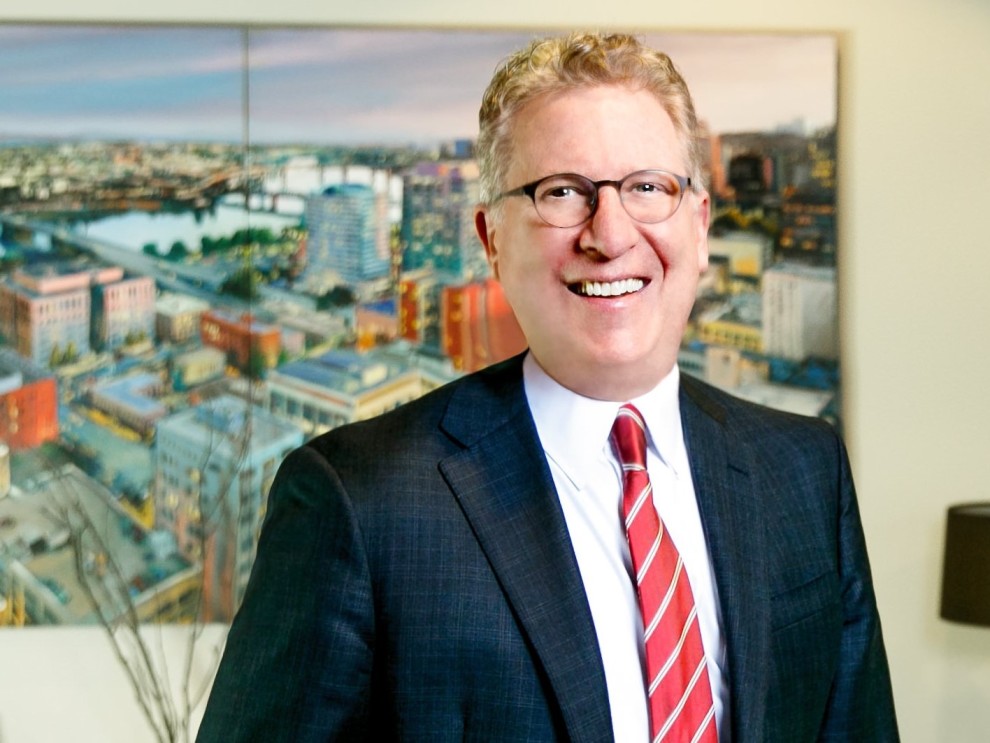 PHOTO: Marshal Spector chairs the revived Solomon's Legacy, created to strengthen relationships among Jewish lawyers, judges and law students as they learn and eat lunch together (in Zoom rooms for now).

Even before COVID-19 made social distancing the rule, Marshal Spector wanted to revive Solomon’s Legacy to bring local Jewish attorneys, judges and law students together to learn and network.
“Because of things going on in the world today – racial issues and COVID-19 – we wanted to move quickly this summer to schedule a first program,” says Marshal, who chaired the group for a few years around 2004 and now again serves as chair.
The Jewish Federation of Greater Portland’s legal affinity group was active for about a dozen years after it was founded by Owen Blank about 2002. A full committee is still being recruited, but the kickoff event will be Sept. 9 (see below).
“We are delighted we will have Professor Eliza Kaplan and Rabbi Tzvi Fischer explore the sanctity of life from Jewish and legal perspectives,” says Marshal.
The topic was prompted by a class Marshal took from Rabbi Fischer. In that class, he learned that Thomas Jefferson’s original draft of the Declaration of Independence read: “We hold these truths to be sacred & undeniable …” while the final document reads: “We hold these truths to be self-evident, that all men are created equal.” It made Marshal contemplate: “What does it mean to be sacred? What does it mean to be self-evident?”
“We need for all to be treated equally and fairly in our society, culture and justice system,” says Marshal. “That’s an enormous challenge right now. From legal and Jewish perspectives, we will learn about racial justice and the impact on people and society from the pandemic.”
Solomon’s Legacy is named for the late, longtime Oregon U.S. District Court Judge Gus Solomon, the first Jewish federal judge for Oregon, and for the biblical King Solomon, who was renowned as a wise judge. Judge Solomon was well known for welcoming new Jewish lawyers to the community.
Now Solomon’s Legacy once again will welcome Jewish lawyers and law students who arrived in Portland in the past six or seven years. Connecting with established lawyers often opens the door to employment opportunities that enable the newcomers to become part of the community.
“In terms of forming community, there is a huge benefit of having people together in rooms – now those rooms are Zoom rooms,” Marshal says. “Being together with Jewish and legal learning benefits the legal and Jewish communities – and our clients.”
“People view lawyers as conflict-oriented, but in essence we focus on resolution,” he says. “If we eat lunch and learn together, it enhances our ability to work things out. … We serve our clients better by having a relationship.”
Solomon’s Legacy also gives Jewish lawyers who are not connected with the Jewish community the opportunity to learn more and to become involved in whatever interests them. Marshal says some join a synagogue and some volunteer or serve on committees at agencies such as Jewish Family & Child Service.
“The Federation and the agencies are doing everything they can to continue to serve the community during this crisis,” says Marshal. “When people are engaged, they are more likely to assist with financial resources.”
Given all the challenges facing the world today, he says, “We felt it was time to revitalize Solomon’s Legacy.”