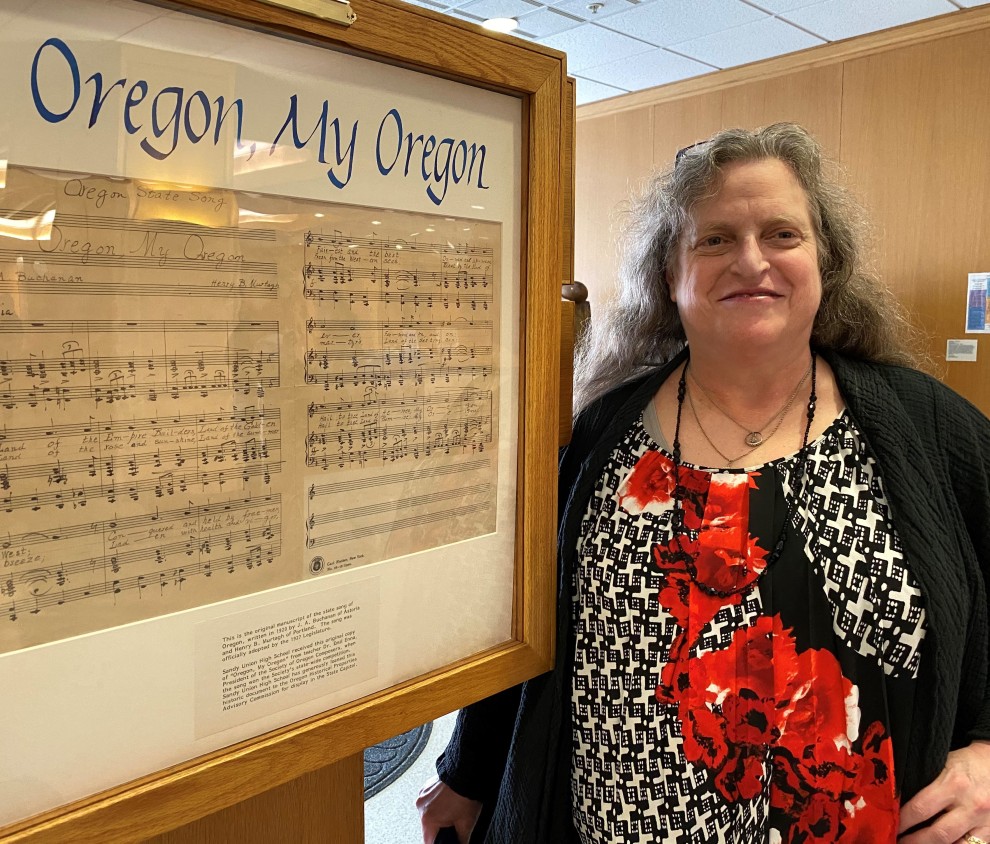 At the state Capitol on Feb. 14, local Jewish musician Amy Shapiro sang her contemporized version of the state song at the house opening ceremonies. Amy’s new version of “Oregon, My Oregon” features updated lyrics that honor our state with minimal changes to the original song, which includes troubling lyrics.

She is one of the founders of a group “Change the Oregon State Song,” which can be found on Facebook.

“Oregon, My Oregon” became the official state song by a legislative vote in 1927. In a Sep 14, 2016, Oregonian column, Samantha Swindler wrote: “The entire first verse celebrates white settlers’ displacement of native tribes. The line about “free men” hints at Oregon’s exclusion laws, which prevented blacks from settling in Oregon and weren’t repealed until 1926. At best, the song is culturally insensitive. At worst, it’s borderline racist.” On April 15, Swindler’s Oregon Lives’ podcast covered Amy’s efforts to update the song.