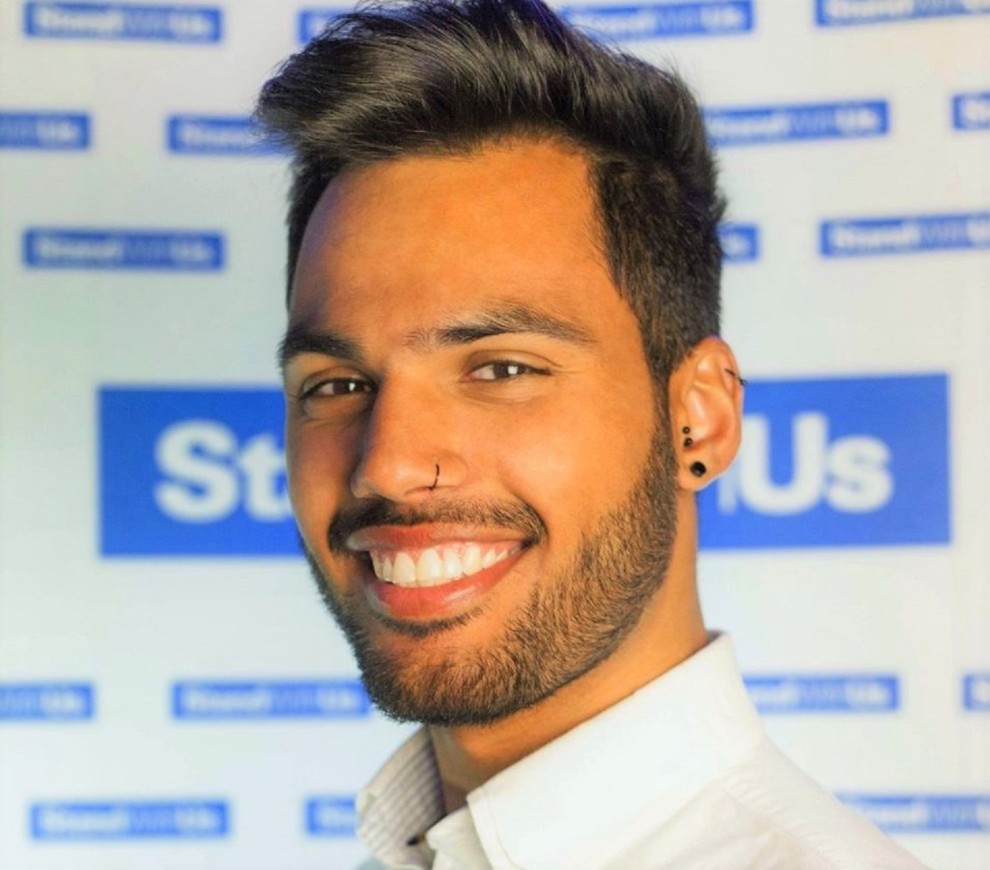 The structure of the 2020-21 school year may be uncertain, but whatever forms evolve over the year, StandWithUs Northwest is prepared to give high schoolers a broad perspective on Israel.
SWU NW has a high school speaker for the region, Aviv Attia (left), and a high school intern, Rachel Yoken, at Portland’s Catlin Gabel School.
Last year, the Jewish Federation of Greater Portland and StandWithUs Northwest, a nonprofit organization focusing on Israel education, brought Aviv Attia to serve as Pacific Northwest shaliach (emissary) and high school speaker for the school year. Aviv, now 26, will serve as SWU Pacific-Northwest high school speaker for the 2020-21 school year.
Over the past 10 years, the program has connected with more than 190,000 high school students. Even with last year’s shortened school year, Aviv spoke to 4,300 people in more than 100 locations.
As high school speaker, Aviv also oversees the area’s high school interns and other students.
At least one of those interns, Rachel, has big plans for the coming year: “I hope to provide programs in my community about Israel’s history, the modern connections it has to other countries and ways in which we can combat anti- Semitism as it rises in the United States. I hope to encourage peaceful discourse around the Israeli-Palestinian conflict at my school and in my community to start up a conversation that involves all sides of the story.”
Created in 2012, the StandWithUs High School Internship is a yearlong program for North American students in 11th and 12th grades. A record 125 students from across the U.S. and Canada were selected this year. The program is designed to prepare students for challenges they may face regarding Israel in college, and to grow their Israel knowledge and leadership skills to have an impact in their schools and communities while they were still in high school. 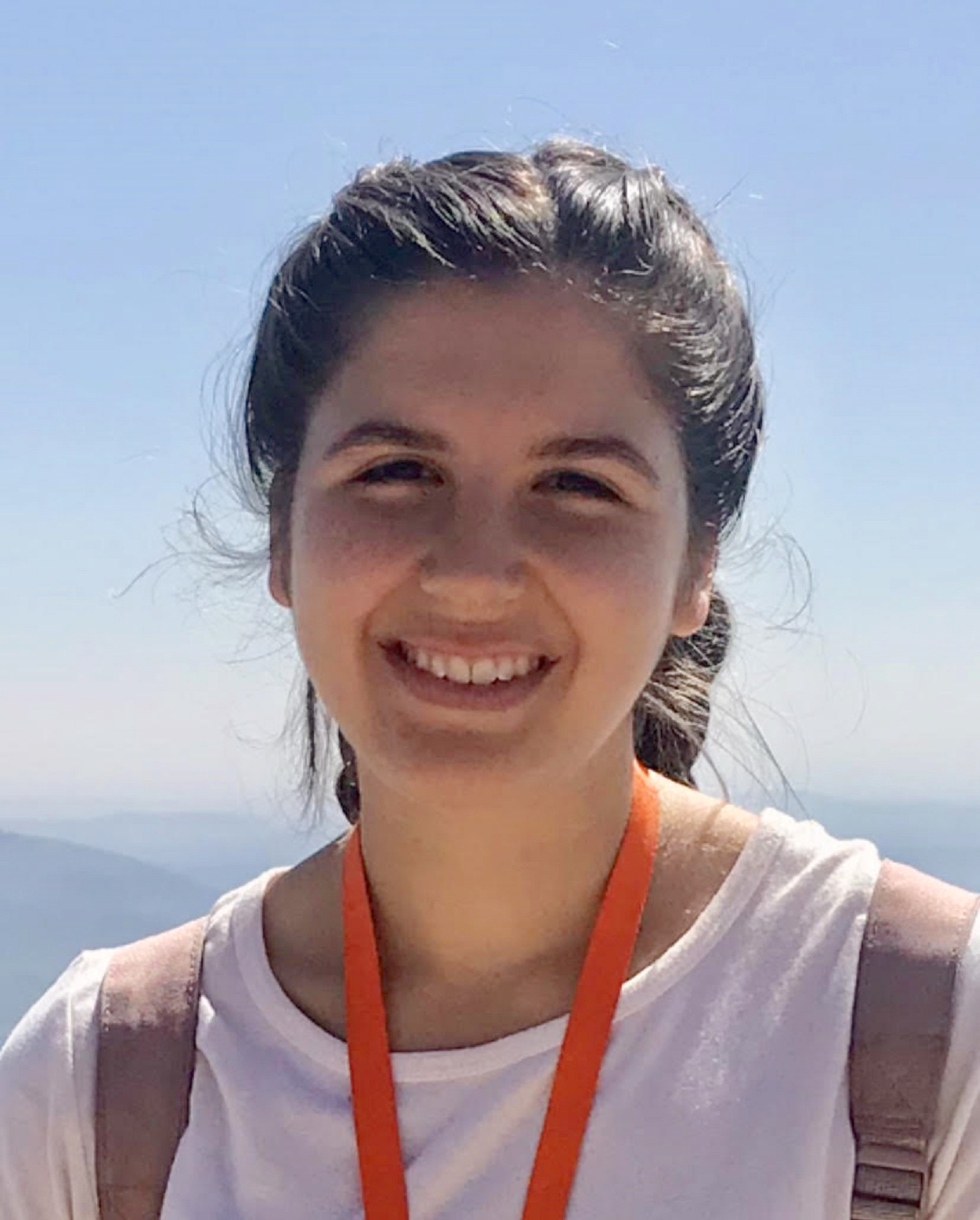 “I joined the internship because I wanted to learn more about the Jewish homeland and to have the tools necessary to educate my peers about Israel and combat rising anti-Semitism,” says Rachel. “I wanted to celebrate Israel and be a voice for Jewish self-determination in an environment that questions Israel’s right to exist.”
Rachel is no stranger to Jewish involvement. She attended classes at her synagogue, Congregation Neveh Shalom, from preschool until her bat mitzvah. When high school began, she joined the Oregon Jewish Community Youth Foundation.
In normal years, the StandWithUs High School Internship Conference brings students together for five days in Los Angeles. This year, due to the pandemic, the conference was a virtual experience held Aug. 2-6.
“At the conference, I learned about Israel’s basic history, Israeli culture, relationships existing in the Middle East, how to debate others while listening and respecting their own opinions, how to build a narrative for myself, creating programs to integrate people throughout my community, and how to differentiate between legitimate criticism of Israel and anti-Semitism,” says Rachel. “I feel more equipped to have real discussions with my peers and other members of my community.”
As the high school speaker, Aviv has a wealth of history and experience to share with both interns and other students. Aviv was born in Tel Aviv and raised in Ramat Gan, a suburb of Tel Aviv. Like many Israelis, Aviv’s family had centuries of history in the Middle East before moving to Israel.
His father’s family members lived in Spain for hundreds of years but were expelled to Tunisia following the Alhambra Decree in 1492. After centuries in Tunisia, they were forced to flee to Israel in the early 1950s.
His maternal grandparents were Iraqis from a wealthy family in Baghdad. In the early 1960s, they fled to Israel because of anti-Semitic attacks against them and their business.
At age 18, Aviv began his mandatory service in the Israel Defense Forces, where he became a communication technician, operations manager and commander. After his IDF service, Aviv enrolled at the Interdisciplinary Center in Herzliya, where he was selected for the Rabin Leadership Program. He earned his bachelor’s degree in 2019. During his studies, Aviv took part in SWU tours around the United States, South Africa and Australia, and he volunteered for Israel’s most prominent LGBTQ+ rights organization.
Call 206-801-0902 or visit standwithus.com/northwest for more information.