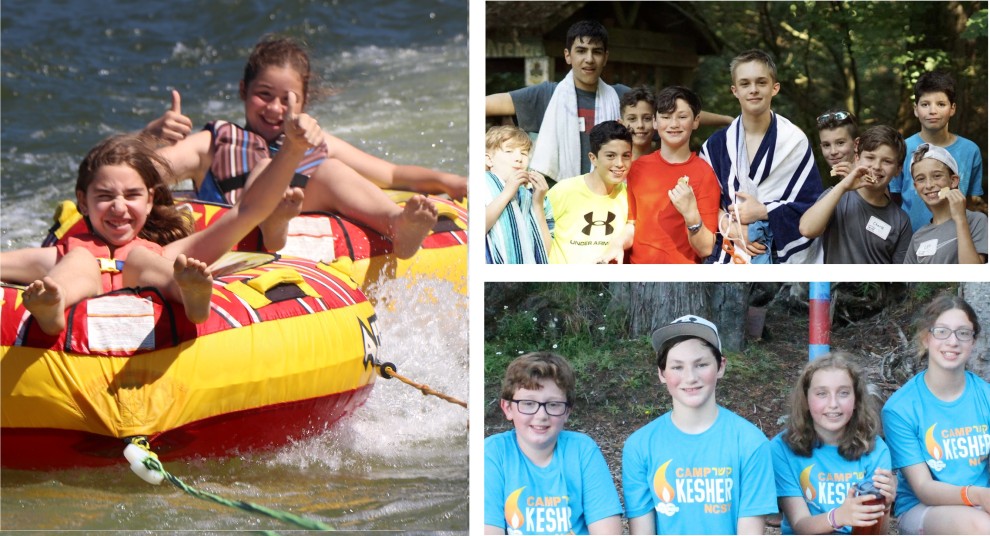 In 1921 the B’nai B’rith Building Association started a Jewish resident camp for the kids in old South Portland. The camp program moved to its current property on the east side of rustic Devils Lake in 1925. When the B’nai B’rith Building Association changed its name to the Jewish Community Center (and later to the Mittleman JCC), B’nai B’rith Camp kept its traditional name. In 1931 a group gathered at BB Camp for a Men’s Camp, which evolved into the B’nai Brith Men’s Camp Association’s annual encampment. BBMCA has evolved to become one of the primary sources of financial support for BB Camp and in 2009 purchased the camp property and operation from the MJCC, establishing BB Camp as an independent, community-based Jewish camp.

Led by Executive Director Michelle Koplan since 1999, BB Camp has converted to a kosher kitchen, added new programming, implemented an inclusion program for campers with special needs and launched a teen philanthropy program. BB Camp became an early participant in the activities of the Foundation for Jewish Camp and the Harold Grinspoon’s Foundation Grinspoon Institute for Jewish Philanthropy, now JCamp180.

Camp Solomon Schechter was founded in 1954 by a group of rabbis, including Rabbi Joshua Stampfer, who sought to establish a kosher overnight camp in the Northwest. Incorporated in Oregon, Schechter's first office was in Congregation Neveh Shalom, and the connection between CNS and CSS still runs deep today. CNS and Shaarie Torah send more than 50 kids to camp each summer. CSS has also had several Portland administrators and directors lead the camp over the years. Judith Kahn, Jackie Lesch and Rob Kahn were all key leaders at CSS. Rabbi David Kosak of CNS serves as Schechter's Mara De'atrah (head of the house on religious issues). Nine of CSS' board presidents have been Portland residents.

In 1968 Rabbi Stampfer moved the camp to Tumwater, Wash., where it has been ever since. Schechter is home to more than 500 campers a summer, from all over the Pacific Northwest and beyond.

Camp Kesher was founded last year. Oregon NCSY staff had noticed a growing need over the past few years. At a time when many local sleepaway camps were filling up and running out of space, more and more post b’nei mitzvah teens are distancing themselves from Judaism. To help turn the tide and start a new pattern of Jewish growth and connection, NCSY decided to create a summer camp that was focused on making Judaism fun and relevant.

Following is an overview of what each camp offers.

Devil’s Lake, near Lincoln City, OR

Camp Solomon Schechter is located an hour south of Seattle, and two hours north of Portland, nestled in the shadow of Mt. Rainier. The spectacular 175-acre wooded facility features breathtaking views of Lake Stampfer, where campers can swim, play on a giant aqua park and paddleboard, as well as access to the Deschutes River. Hiking in the untouched beauty of the forests and protected wetlands augment the camp’s exciting teva (outdoor) programs. The temperate climate of the Pacific Northwest creates the perfect environment for campers to enjoy the outdoors.

CSS has a 65-year tradition of fun, friendship and Jewish education in the Pacific Northwest. CSS values each child as an individual and strive to support their social and spiritual growth. Our campers can be independent in a safe and nurturing environment. Campers are encouraged to try something new, make new friends, make good choices, and grow as leaders and as individuals. CSS is a fully immersive, welcoming and spiritual Jewish environment. At CSS, Judaism and Joy are truly one.

Camp Solomon Schechter offers a variety of options for rising 1st- through 11th-graders:

four-day, weeklong, two-week and three-week sessions. Campers are free to mix and match sessions and stay for as few as four days or as long as six weeks. Session prices vary by length. Weeklong sessions run $1,320, while the standard three-week session costs $3,360.

Camp Kesher is located at Camp Lacamas near Lake Lacamas. The camp is fitted with bunkhouses, an auditorium, a game room, dining room and other regular camp amenities.

Camp Kesher is an outdoor-focused and Jewish-inspired sleepaway camp that provides a positive and fun experience for Jewish kids. Camp highlights include woodworking, creative arts, Jewish cooking and a white-water rafting excursion. Participants build confidence as they embark on exciting trips designed to engage and challenge them. They gain an appreciation for their local environment in the Pacific Northwest, a connection to the outdoors and a strong sense of Jewish pride that they will take into the school year. Most importantly, they make lasting connections to local Jewish teens.

Camp attendees are primarily coming from Oregon, Washington and Northern California. Camp Kesher is directed by Meira Spivak, Oregon NCSY director. Camp Kesher offers a Staff in Training program for 10th-12th graders, who receive a monetary stipend upon the completion of camp.

In addition to the camps with Portland ties, several other Jewish overnight camps are located in the region including the following:

Camp Miriam on Gabriola Island in British Columbia, Canada, is affiliated with the Habonim Dror, based on the pillars of Progressive Labor Zionism, Judaism, Socialism, Social Justice and Hagshama (actualization of values).

Sephardic Adventure Camp in Vernonia, OR, teaches campers about the beauty, values and ethics of Sephardic Jewish living.